The COVID-19 pandemic made education institutes from schools to colleges to leapfrog into a new, technologically-driven environment which got mixed reactions 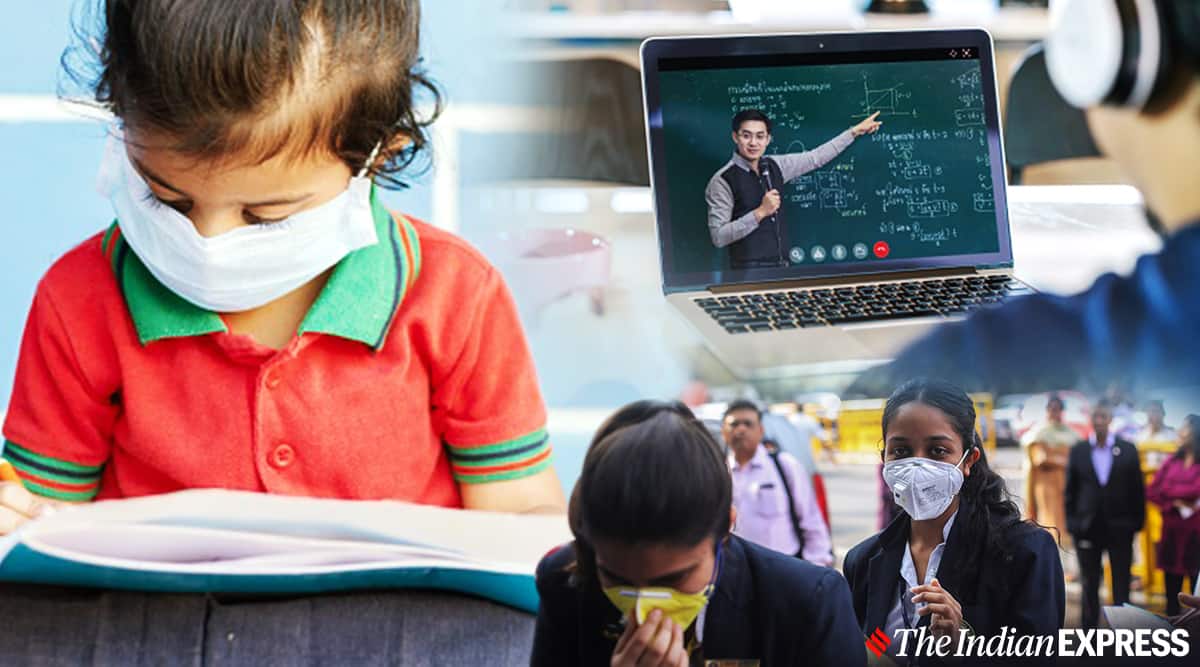 Homes turned into classrooms; phones and laptops became books and blackboards; examination from home, too, became a reality. That is how drastically education changed in 2020 as a pandemic struck, forcing closures of schools and colleges. The ‘new normal’ of online classes, however, got mixed reactions given that internet and technology remain beyond the reach of a majority of Indian homes, especially in lower income groups and those in remote areas.

While it gave rise to new technology-driven learning methods, the lockdown ended up disrupting an entire academic year – board exams were either cancelled or postponed, students promoted without exams, and parents continue to face difficulties in paying school fees.

Postponement and cancellation of board exams: It was in February when the Central Board of Secondary Education (CBSE) first postponed its board exams in North East Delhi due to communal violence. A month later, the pandemic affected the CBSE exams, when the Class 12 exams scheduled from March 19 to 31 were postponed. A few papers of class 10 were also rescheduled. The postponed exams which were decided to be held from July 1 to 15 were later cancelled. The result of class 12 was announced on July 13, and class 10 on July 15 based on a unique assessment system where marks of exams that could not be held were given based on an average of highest marks in papers which were held.

The CISCE exams — scheduled to be held in February and March — got postponed due to the Covid-19 outbreak. The pending exams were later decided to be held in July, however, was cancelled after the rise in the number of COVID-19 cases. For the pending exams, the students were assessed on the basis of internal exams. The result was announced in July.

The board exams in various states — Andhra Pradesh, Meghalaya, Telangana, West Bengal, Karnataka, Kerala were either postponed or cancelled.

Physical schools shutdown: In March, schools started closing due to the COVID-19 pandemic. The schools first closed in the national capital on March 5 followed by Manipur, Tamil Nadu, Kerala, Uttar Pradesh, and Maharashtra. Schools and colleges across India have been closed since March 25 following the lockdown announced by the Central government to contain the spread of coronavirus.

Competitive exams postponed: The students faced anxiety due to the delay in the conduct of entrance exams. Many returned to their homes or those in a geographically disadvantaged situation faced the brunt of slow or no internet connectivity. The April session of JEE Main was postponed on several occasions and was finally held from September 1 to 6. The result was released on September 11. The JEE Advanced which was also affected by the pandemic.

Meanwhile, the exams hit controversies after students, parents and even state governments raised concerns on the Centre’s decision to hold exams undermining the health risk it posed to  students. The Supreme Court finally cleared the path for the entrance exams rejecting a clutch of petitions, including one filed by ministers from six opposition-ruled states. The apex court had said that “life cannot be stopped” and the “career of students cannot be put in jeopardy”.

The recruitment exams like Civil Services, NDA and NA (I) exam, Chartered Accountants (CA) exam, LIC AAO, AE prelims and other varsity semester exams were also deferred due to pandemic.

Opinion | Roles of parents, teachers have merged, education must be founded on compassion

Mid-day meals: The closure of schools have also affected the mid-day meal scheme that were suspended when the Centre announced a lockdown in March. The scheme allows children to have a nutritional meal if they come to school. The Education Minister had asked the states to continue with the scheme even if the schools are closed, however not every state has followed it. In Uttar Pradesh, the government has sent money in the account of guardians or students but many claims they received nothing.

A survey by IIM-Ahmedabad reveals that 85 per cent of the government school students in Ahmedabad were not able to access anything in lieu of mid-day meals since March.

Meanwhile, schools in Karnataka are opening in January, however, reports suggest they would not serve mid-day meals. The government has planned to distribute the ration kits like the way they were doing during the lockdown. The students have to bring their own lunchbox.

Promoted without exams: With schools shut, most of the states – Delhi, Uttar Pradesh, West Bengal, Bihar, Karnataka — decided to promote the students of Classes 1 to 8, and also Classes 9 and 11 without any annual exam. The government’s circular earlier issued in March asked to promote students of classes 1 to 8 assessing their previous exams and assignments.

Syllabus reduced: The Central Board of Secondary Education reduced the syllabus for students appearing in 2021 board exams by 30 per cent. The board has also introduced application-based questions in class 12 exams from next year. According to CBSE, the questions will be more case-study based wherein a paragraph will be given to students and they will have to answer questions after reading the paragraph.  The other state board also followed the same and have reduced the syllabus.

Offline to online classes: With the schools being closed, the classes turned to online mode and were conducted through learners platforms– Google Classroom, Zoom etc. Delhi was the first to commence online classes followed by other states.

The Centre released detailed guidelines and regulations on online classes in July. The Education Ministry’s ‘Pragyta’ guidelines suggest a daily 30-minute online classes for pre-primary students and online sessions of 30 to 45 minutes for Classes 1 to 12.

While the online platform may be the only way to reach students during the lockdown, however, the digital medium comes with its own challenges. While students and teachers living in remote areas are facing trouble due to slow internet and connectivity issues, city-dwellers too, find it challenging.

Higher institutions like IITs have found that about 10 per cent of their students are not equipped to access online classroom instructions from home. A survey by IIT-Kanpur revealed that 9.3 per cent of its 2,789 students, who responded to the survey, cannot download any material sent by the institute or study online.

The tussle between private schools and parents over fees had reached the Supreme Court in July, with the apex court refusing to step in saying it did not want to interfere at this stage as the facts may vary from state to state, and that it will be better if the high courts looked into it first.

OPINION | We must walk tightrope between online and offline learning

The High Courts of Rajasthan and Gujarat issued directions in favour of parents. At least nine states, including Delhi, Gujarat, Maharashtra, Odisha, directed private schools not to charge tuition fees considering the financial constraints during the pandemic.

The community’s health can drive great economic and social progress