In his second studio album, jazz drummer Sarathy Korwar continues to colour outside of the lines of genre and form to deliver a heady mix of music that matters. 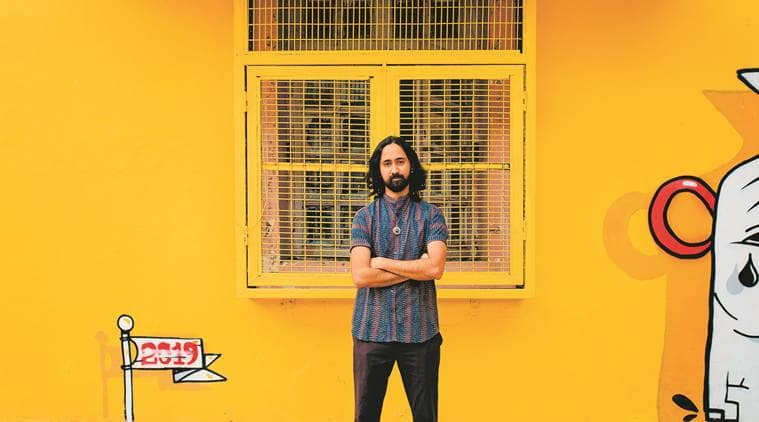 One has to pity the fool who tries to pin down Sarathy Korwar’s upcoming studio album, More Arriving, to any particular genre. Is it a nu jazz album? Or is it a jazz album that’s flirting with hip hop? Or is it the other way around?

It’s been three years since the London-based Korwar, 31, released his debut album, Day to Day, which put him on the global jazz-electronica map, and it’s clear to see (and hear) that quite a lot has changed since then. If that played around with themes of migration, history and homeland, his sophomore offering is a politically charged despatch from the UK, about being a modern brown man in a society that wants to colour within the lines. “This album comes as a response to how my music and I are perceived in the UK. When people listen to this, they don’t need to be confused about what it is — confusion is a by-product of their ignorance and prejudice,” says Korwar. He plays the drums in this eight-track record that features MCs from India and the desi diaspora spitting rhymes in tandem with Danalogue (from The Comet is Coming, a London-based nu-jazz outfit) on synths, Tamar Osborn’s baritone sax, and Al MacSween from Kefaya on keys. What does ‘Indian’ music mean — is there such a thing? Like cuisine, especially in the UK, where Indian food automatically means chicken tikka masala and naan, music from India faces the same threat of being approached as one homogeneous unit. “I’m not representing what a modern Indian sound is, but I want to be able to say that at this point in time, as an Indian musician, this is what I am about. This album is about what it means to be brown in various parts of the world, including India,” says Korwar.

More Arriving opens with Mumbay: Osborn’s sax Indo-Arabic riff sets the tone for MC Mawali, who matches Korwar’s odd 7/4 time signature quite admirably. Mawali plays with the different names for maximum city — the colonial Bombay, and the Maharashtrian Mumbai — and chooses Mumbay, a word of his making to talk about a city for the taking. “Dekha gali toh seekha tareeka (I saw the streets and learned how to hustle)”. “Around the time my first album was released, I found that desi hip hop was really taking off. What drew me to it is that it wasn’t run by upper middle-class genteel folks, but a DIY scene run by people rapping in their local languages which really has an impact not only on the subject of their songs, but the cadence and flow as well. I wanted to create moments in the album where it’s just drums and voice because you can’t hide in those sequences,” says Korwar, who travelled to Delhi and Mumbai in 2017-18 to record with Delhi Sultanate, Prabh Deep, Trap Poju, MC Mawali, and Indian classical vocalists Aditya Prakash and Mirande.

His UK label, Leaf, has just released the video of Bol, his second single featuring London-based poet, Zia Ahmed, whose acerbic verses elicit a smirk more than a smile. “I am your gap year you said you were lost I hope you found yourself/ I am Slumdog millionaire downward dog eight-headed god/ I am Shiva al-Qaeda I am auditioning for the role of terrorist one/ Yeh I can do that in an Arabic accent,” he says, in between Prakash’s classical refrain of the most popular verse of Faiz Ahmad Faiz’s unforgettable poem, Bol ke lab azaad hai tere. Spoken word features in the last track as well, Pravasis — Korwar collaborates with Abu Dhabi-based novelist, Deepak Unnikrishnan (Temporary People, 2017), to create a sparse two-minute piece where the latter uses terms that demonstrate the politics of race when it comes to migrants. “Pravasi. Expat. Worker. Guest. Worker. Foreigner. Non-resident. Worker. Non-citizen. Worker. Visa” — Unnikrishnan’s voice is steady and unrelenting as it lists out words that feel like weapons used against a disenfranchised people.

“For me, anger and vulnerability are not negative words, and I can harness them in so many ways. I’ve become more confident about my own politics, where I stand and what I stand for,” says Korwar. The album name and art also marks a departure from the philosophical nature of his debut album. “It depends on where you stand on the subject of immigration. ‘More Arriving’ is a neutral word but it could be a threat to those who think that ‘the others’ will come to steal our jobs, rape our women, destroy us. For me, those words are a representation of my reality in the UK as a first-generation immigrant, seeing the refugee crisis unfold, and now Brexit. The artwork is a joyous celebration of people who are overlooked but they are here and I feel a sense of solidarity with them,” says Korwar.

Fit and fine: Take it easy or you’ll develop a Jumper’s Knee