In some ways, this remake of Pati Patni Aur Woh is more woeful for it refuses to acknowledge the time it is situated in, and much like its protagonist, it also sloughs off responsibility. 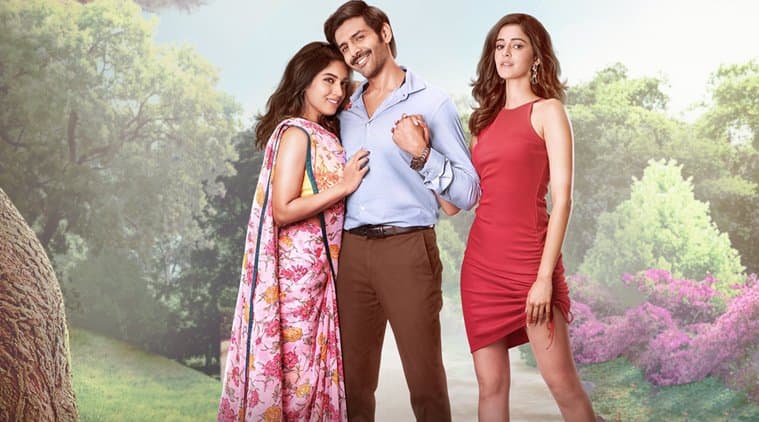 At the trailer launch of Pati Patni Aur Woh, one of its lead actors, Bhumi Pednekar famously claimed the film was not sexist. This was in response to the growing controversy ever since a clip featuring Kartik Aryan bemoaning the predicament of middle-class men went viral. In the dialogue that has since been changed (though director Mudassar Aziz maintains there was nothing wrong), he lamented how there was no right way for men to have sex with their wives: if they demand it, they are deemed beggars; if they don’t “give”, then they are accused of depriving her and if they somehow manage to “get it”, they are termed rapists. The original 1978 film itself was a deeply problematic comedy of a philandering man, which appears even more baffling when seen from today’s lens. Pednekar’s explanation then also sought to justify the existence of the film in the present day and age, it aimed at admitting that the fault might lie in the stars but the film does not reside in the same galaxy anymore. That, this was a cinematic rectification of its predecessor. Sadly it is not.

In the Sanjeev Kumar starrer, his wife Sharda (Vidya Sinha) is a meek homemaker who remains blissfully unaware of her husband Ranjeet’s roving eye till she chances upon his handkerchief with a lipstick mark imprinted (in the exact shape of a pair of lips, no less) to be suspicious. Even then she is routinely fooled by him till she sees him with his secretary, Nirmala (Ranjeeta Kaur) in a garden. This “damning evidence” blows the lid. She throws a fit temporarily but quietly goes back to her previous subservient role, believing her remorseful husband and accepting her fate. In 2019, Vedika Tripathi (Pednekar) has a Master’s degree in Physics and promptly lists having sex as one of the things she enjoys in her first encounter with Abhinav Tyagi (Kartik Aaryan). She might be from Lucknow, but has aspirations of her own, and would rather visit the gym than rush to visit her husband at home after work. She does not overlook but looks through her husband and his lies. She does not stop at the threshold but takes a step forward and leaves him: Women empowerment 101.

But the problem with the remake and Pednekar’s argument lies in both their (mis)identification of what made the original sexist in the first place. It was not the women but the man. Ranjeet, a successful Sales Manager, seemingly happy with his wife and children makes up a sob story about his fatally ill wife to gain sympathy and love of Nirmala. He does so not out of any aching dissatisfaction but to feel better about himself; to feel more of a man. Chintu Tyagi, on the other hand, is re-created more soberingly. Growing up, his will had been constantly stifled by his parents. They decided his career and wife for him. His alliance with Tapasya Singh (Ananya Panday) then is more an act of rebellion than deliberately cheating on his wife. And Aziz spends an awful amount of time underlining the difference in the intent behind their actions (which also includes another Kartik Aaryan monologue triggered by nothing in particular) possibly to reinstate that this is a different film. But this dissimilarity between the two protagonists is as flimsy as the moustache Aaryan dons in the film (which he later shaves off).

The BR Chopra directorial feature had not stopped at merely depicting infidelity but had gone forth to present a deeply unrepentant man who refused to take responsibility for any of his actions till the end. He was even shown repeating his actions only to be told by his friend to check himself. Back then, this was supposed to be funny. The incredulous and inexplicable licensing that comes with the idea of #MenWillBeMen was perhaps even the norm. It was this that made the film sexist. In his retelling, Aziz tries to be woke (a little too hard) — the husband and wife refer to each other by their (sur)names- “Tripathi- Tyagi”, even their nameplate features both their names — but he ultimately remains stubbornly tone-deaf and repeats the beat of the original down to his protagonist taking absolutely no accountability for his actions. The man here, a PWD officer in 2019, still gets away with cheating and lying, is forgiven by both – patni and woh – after duping one and assassinating the other’s character. All he had to do was show up drunk twice and run to the airport in calculated haste. The norm in this universe is still that #MenWillBeMen.

In some ways, this remake is more woeful for it refuses to acknowledge the time it is situated in, and much like its protagonist, it also sloughs off responsibility. There is a particularly troubling bit where men in Tyagi’s office and his closest friend make allowances for his actions and are even complicit, thereby restating that some philandering comes as an unsaid perk with the gender. And it is rather pitiful for it still intrinsically believes that it is the duty of women to prevent their husbands from straying and in order to ensure that, they ought to undertake strenuous physical and mental labour. It is the kind of film that confuses short-lived rebellion with women empowerment and fools its characters (and the actors) into believing that co-conspiring together against a man is sisterhood.

From Mancini’s Italy to Sousa’s Poland: The dark horses of UEFA Euro 2020

We need a complete overhaul in doubles, says Jwala Gutta