While working on illustrations for well-known Hindi writer and educationist Krishna Kumar’s book, Padhna, Zara Sochna, artist Chandramohan Kulkarni decided to capture the essence and beauty of the reader in the form of sculptures. “The person who is reading is involved in a private conversation with the author, who, in turn, is only speaking to the reader. It is a precious space,” he says. The exhibition titled “The Reader”, comprises over 20 large and small sculptures that showcase various emotions of readers in their space. Kulkarni says that he had formed the images in his dream and they come from his observation and imagination.

“Everyone reads — be it the old, young or children. I have just captured them in their form. We are moving away from reading. We need to cherish the habit. The reader’s beauty is not superficial but more personal and internal. I find it beautiful to see people engrossed in their books, may be in the middle of a park relaxing on a bench or in an armchair in their backyard, or at a bus stop leaning on a pillar or sitting in a playground or lying lazily in bed,” says the artist.

Kulkarni’s art highlights the lives of the people who are often neglected. For his ‘Bandwallah’ series, he spoke to these bandwallahs in his area. “I got to know them better and even broke bread with them. To paint or illustrate, one needs to look inside. Paintings cannot be superficial. The uniforms of bandwallahs or drum beaters during weddings are a burden for them. But it is the love for music that makes them stay where they are,” says the artist. 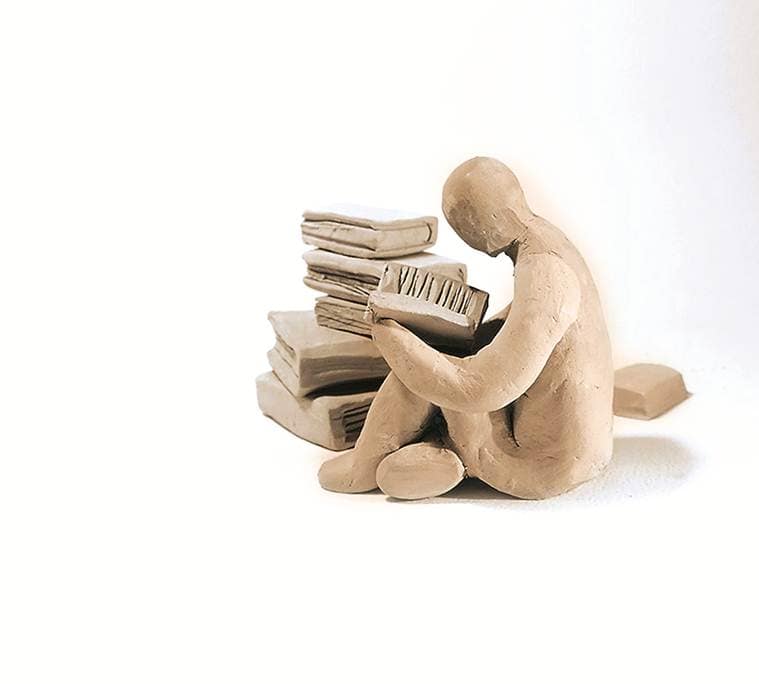 In his upcoming exhibition, “Ye Shahar Kisne Banaya”, he presents the individuals who build this city. “The labourers who work under the sun have constructed the city and not the contractors. It is these people I want to capture,” says Kulkarni, whose other series include Call of the Seas and Mandu.

Landscapes do not captivate him as much as an individual’s presence does. He says that it is what the individual is doing, feeling or who he is as a person that he wants to illustrate. “Whether it was me venturing out at the coastal areas or being aghast after witnessing the ruins of Mandu in Madhya Pradesh, it was the people that caught my eye. I went to these people, spoke to them and tried to understand their personalities. It is after comprehending the deepest voids of these people that I could do the justice by illustrating them,” he says.

Kulkarni always wanted to be an artist. He trained at Abhinav Kala Mahavidyalaya, Pune. For over three decades, he has explored the depths of painting, sculpture, photography, typography, calligraphy, editorial art, graphic art, digital graphics, art direction, writing, print media, advertising and now electronic media and theme parks. He has also contributed to contemporary Marathi literature, with his work honoured and preserved at the Imperial War Museum in the UK.

Techilicious by Rajiv Makhni: 8 things about the OnePlus 8 twins