The deputy director of education department has been deputed as the nodal officer to supervise the reopening of classes from September 1, and he has been directed to arrange special vaccination camps for students above 18 years. 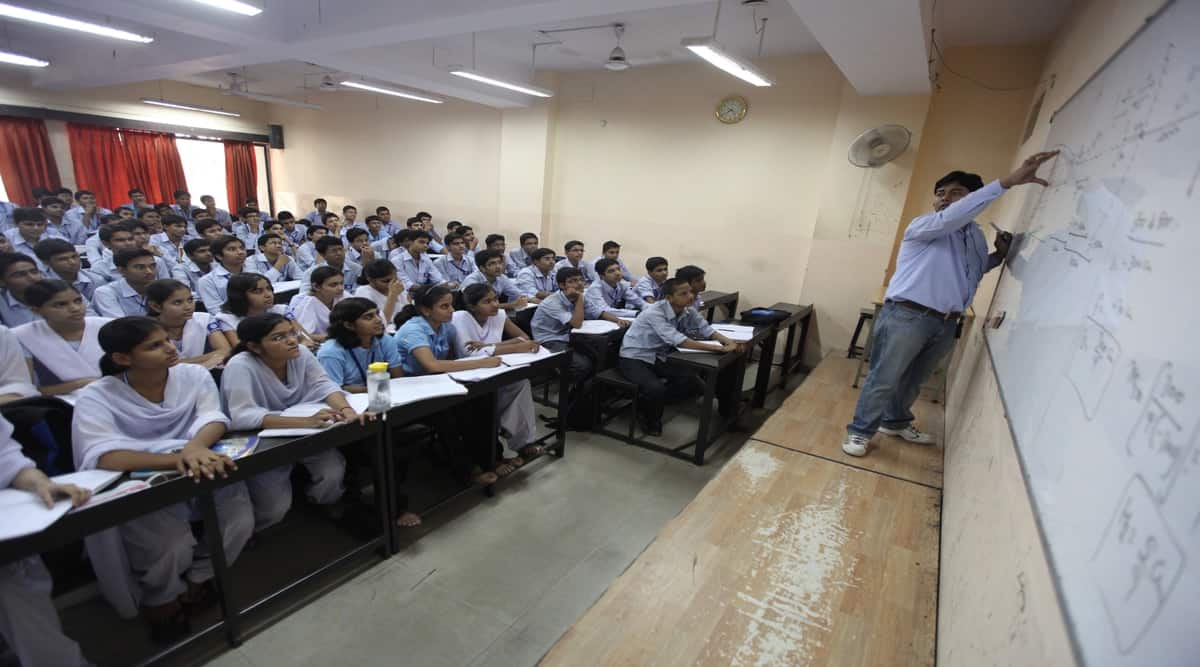 Coaching institutes in Kota are all set to reopen from September 1 following the Rajasthan government’s nod for reopening of schools in the state. However, the coaching centres have announced several safety measures to prevent the spread of coronavirus among the students, the owners of the institutes said.

At the hostels and messes, biometric attendance will be replaced with registers which will have a column for categorising students with influenza-like illness (ILI) and they will be advised on regular medical care and monitored by medical teams, they said.

Around 1.75 lakhs students from across the country throng to Kota, a prominent coaching hub in the country for various engineering and medical entrance examinations, every year. The city has around 35-40 major coaching institutes.

Around 3,000 hostels and as many messes/eateries offer room accommodation and food to these students, propelling the local economy, which was hit hard by the Covid pandemic.

The institutes said they have ensured that vaccination and complete compliance of Covid protocol takes the top priority and therefore, almost the entire staff, faculties, and students above 18 years have been inoculated at most of the coaching centres of the city.

Special arrangements have been made for vaccination of the students upon their arrival in the city, and those found not inoculated, would be given priority for getting the jab at local health centers, said a district official on Friday.

The coaching institutes of the city have been asked to check RT-PCR negative report and vaccination certificate of students arriving in the city, Kota collector Ujjawal Rathore told media on Thursday.

The deputy director of education department has been deputed as the nodal officer to supervise the reopening of classes from September 1, and he has been directed to arrange special vaccination camps for students above 18 years, he added.

Fresh offline batches are going to be started from September 1, 8 and 15, Naveen Maheshwari, director of Allen Career Institute, told PTI.

In order to avoid crowding at the coaching centres, students have been called in separate batches from September 1 to September 15. Even after start of offline classes, online option would be available for the students, he said.

Most of the hostel buildings in the city have been sanitised and the students’ strength at messes has also been brought down to 50 per cent with an individual being allowed to take the food to his/her room, Naveen Mittal, president of Kota coaching association, said.

Hostels in Kota have a single-room culture that already keeps the students sufficiently protected, but now a total ban will be imposed on accommodating more than one student in a room.

A separate room on the top floor of every hostel has been developed into a quarantine zone, Mittal said, adding, over 20,000 students have reached Kota in the last few days.

Currently, there are over 50,000 students from outside in Kota, he said.

He definitely wore it better