While Indians celebrate Friendship Day on August 5, did you know that several communities in Chhattisgarh and Madhya Pradesh have been practising a ritualistic friendship festival called Bhojali for ages?

Friendship Day, as we now know and celebrate, might have been a creation of the greeting cards industry — Hallmark Cards founder Joyce Hall in 1930, to be precise. But the idea of a ritual to seal friendships is not unknown to many communities in India. Aeons before the United Nations declared July 30 as the International Day of Friendship (although in many countries including India, it’s celebrated on the first Sunday of August) in 2011, girls in the hinterlands of Chhattisgarh and Madhya Pradesh have been practising an age-old tradition — Bhojali — that celebrates friendship. So much so, there is even an aspect of sacredness attached to it.

A far cry from the cards-exchanging, gift-giving and friendship band-wearing universe, the ritual of Bhojali (and its many versions) is rooted in the worship of Pili Bai or Bhojali Dai (Bhojali goddess mother), culminating in friendship oaths that last a lifetime. This ritual, albeit not as widespread and commercial as its international counterpart, is practised across regions that primarily fall under the current state of Chhattisgarh, such as Raipur, Phuljhari and Surguja.

In fact, there is a variant of the ‘friendship band’ here as well, with girls placing a tinsel thread on each other’s ear, and now even occasionally around the wrist. “There are 12-15 types of ritualistic friendships in Chhattisgarh alone. They can be between two men or boys, between two women/girls or even between men and women…though that is more like a brother-sister relationship… Bhojali is usually for unmarried girls, as Sakhi is for married women,” says Rahul Singh, Deputy Director, Directorate of Culture and Archaeology, Chhattisgarh. However, in some areas married women are also known to participate in the festival, but the ritual friendships are only between unmarried girls. 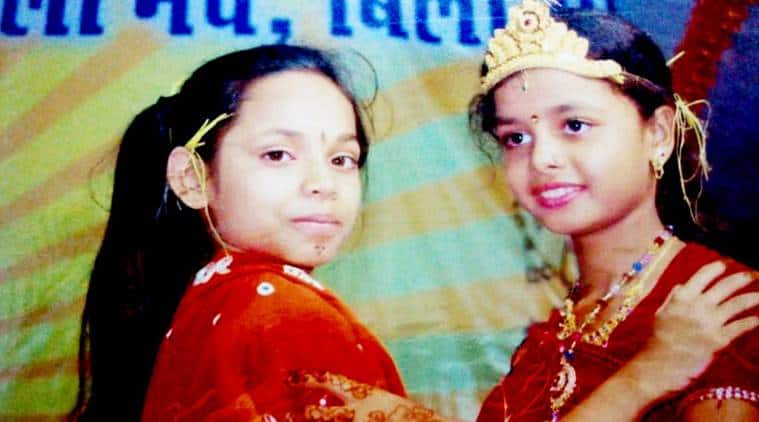 To be fair, this oath of friendship is just an aspect of Bhojali. The festival takes its name from bhojali (wheat or barley) seedlings, which are planted in a cane basket full of cow dung for nine days. During this time, these saplings are supposed to be kept in the dark, and are worshipped by women (mostly unmarried) as Bhojali Dai or Pili Bai. Every evening, the women gather to sing Bhojali geet (special songs for the festival) and perform puja.

“The word bhojali has several referents: a female festival, the accompanying verbal song tradition, the goddess worshiped and honored during the festival in her form as wheat seedlings, and the ritual friendship formed by exchanging the ‘cooled’ seedlings at the end of the festival as prasad,” writes Joyce Burkhalter Flueckiger, Professor of Religion at Emory University, in ‘Soaking the Goddess, Celebrating Friendship Bhojali’.

Singh says that after the girls exchange these tinsels, they “no longer refer to each other with their given names, but as bhojali, guiyan, mitanin, goie and other similar terms of friendly endearment”. This bond, once formed with the presence of the goddess is meant to not only last a lifetime, but is also respected by the families of the two participants.

Interestingly, the festival is celebrated in the Hindu month of Bhaadon (August-September), which sort of overlaps with Friendship Day and Raksha Bandhan. While the actual date of planting and immersing the bhojali seedlings might differ from region to region, it’s usually around either Ganesh Chaturthi or Raksha Bandhan.

Govt to lower quota for local officers in IAS, IPS in Jammu-Kashmir, Ladakh

This woman’s cover of Fleetwood Mac’s Dreams is wowing netizens. Heard it yet?

Q Factory, a quiz firm that welds fun with knowledge

Search on for alternative to plastic grow bags