The report, Initiatives by the School Education Sector in 2020-21, shows that the digital divide has hit some states disproportionately hard, while a few may have coped well due to adequate availability of smartphones and television sets. 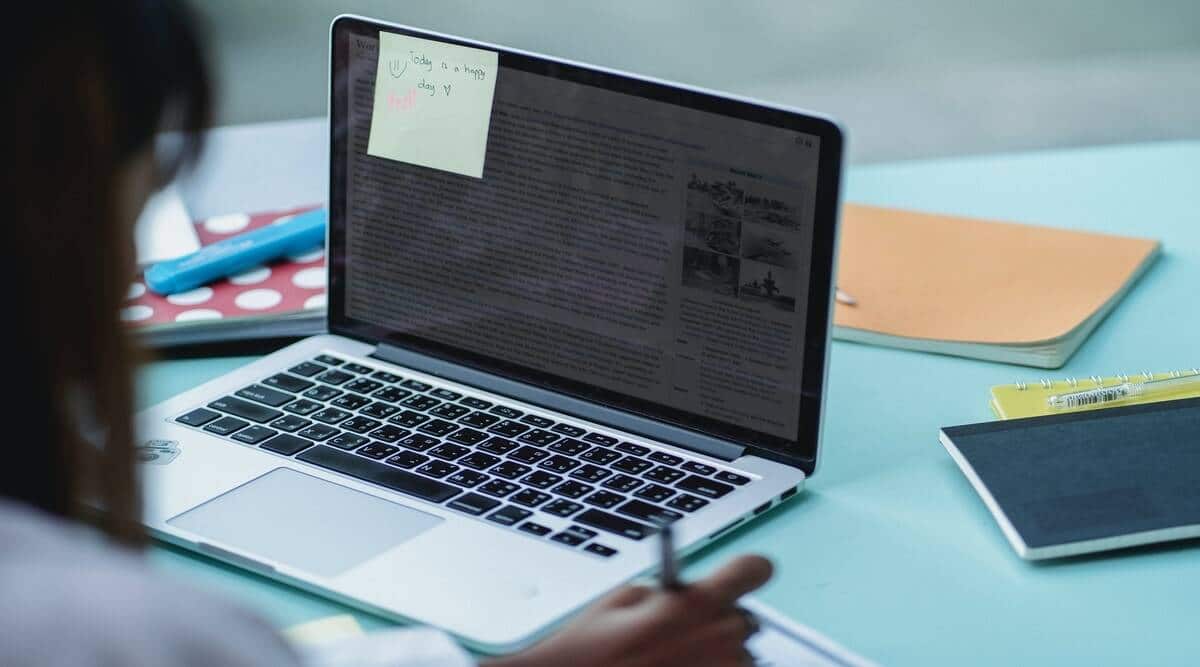 BETWEEN 40% and 70% school-going children in seven large states – Assam, Andhra Pradesh, Bihar, Gujarat, Jharkhand, Madhya Pradesh and Uttarakhand – do not have access to digital devices, according to a report prepared by the Union Ministry of Education that documents the response to challenges thrown up by the Covid-19 pandemic.

The report, Initiatives by the School Education Sector in 2020-21, shows that the digital divide has hit some states disproportionately hard, while a few may have coped well due to adequate availability of smartphones and television sets. However, the picture remains incomplete in the absence of data from states such as Uttar Pradesh and West Bengal, and questionable claims like that of Rajasthan that it does not have students without digital access.

The report, which was made public on Wednesday, has been prepared based on data shared by 22 of 28 states, and seven out of eight Union Territories. The state-wise interventions to bridge the divide also reflect the same disparity – with some like Tamil Nadu claiming to have distributed 5.15 lakh laptops among students, as against 42 mobile phones by the Bihar government.

In absolute numbers, prepared on the basis of surveys of various sample sizes by the states and UTs in 2020 and 2021, 29 crore students, including 14.33 crore in Bihar, were found without access to digital devices. “The ‘new normal’ may also have a huge impact on the learning levels for almost all children; learning loss may be a reality for many children,” the report says.

A look at some of the findings of the report:

Assam: The state reported 3,10,6255 students with no digital device. According to Unified District Information System for Education data, it has 7,01,5898 students across 65,907 schools. While the state did not distribute devices, it organised home visits by teachers, and launched a toll-free helpline for students to clear academic doubts and address psycho-social issues.

Bihar: The state, which has 2.46 crore students, reported that 1.43 crore children have no access to digital devices. In terms of interventions to bridge the gap, it gave cellphones to 42 students, and plans to provide tablets to 250 schools. With assistance of UNICEF, mobile vans equipped with TV, videos, math game, and toys were deployed across seven districts, with special focus on Mahadalit/Mushahar communities.

Gujarat: A UNICEF survey of 12,000 schools found 40% of the students did not have access to smartphones and Internet. The state has 1.14 crore students across 54,629 schools. To bridge the gap, the state government distributed blended learning modules, and launched an IVRS helpline. Around 11,200 devices were provided to students and 40,000 to teachers.

Jharkhand: Out of 74.89 lakh students, 32.52 lakh do not have digital access. The state informed the Centre that tablets had been provided to schools and cluster resource centres in 2018-19. As the number of android phones in remote tribal-dominated villages is “very low”, the state tied up with UNICEF to develop modules of home-based learning and started mohalla schools in remote areas.

Madhya Pradesh: An education department survey of 98 lakh of the state’s 1.57 crore students found that 70% of them do not have access to smartphones. The April 2021 survey said 53 lakh have access to TVs, and 57 lakhs to radio sets. Among the interventions listed are mohalla classes and regular teacher-parent interactions over the phone. A radio school programme was also launched immediately after the national lockdown.

Uttarakhand: State authorities surveyed 5.20 lakh out of 23.39 lakh schoolchildren and found 2.14 lakh do not have access to digital devices for online learning. It proposes to distribute more than 35,000 e-books to school students. The state also attempted community outreach to keep in touch with such students, distribute worksheets among them and also took the help of community radio in five districts.

The Education Ministry report once again spotlights the grim reality of differential access to education, made starker by the pandemic-induced disruption and the consequential digital divide. The official figures also validates the concerns expressed by non-profits working in the education sector. The report also highlights the interventions at various levels to bridge the divide, but one cannot emphasise enough on the need to scale up the efforts.

Amidst Sara Ali Khan’s alleged drug abuse, Kareena Kapoor posts a pic with a cryptic message; says ‘You need is a little ray of hope’

To preserve freedoms online, amend the IT Act

Body on push cart: SHRC calls for a report

The Meaning Behind 71 of Machine Gun Kelly's Most Famous Tattoos

Bosch skids to a ₹120-cr. loss during first quarter

Priyanka Gandhi on not contesting from Varanasi: Others would have been disappointed if I focused on one seat