Delhi University (DU), one of the largest universities in the country, said it would follow this “merit” criterion for admission. 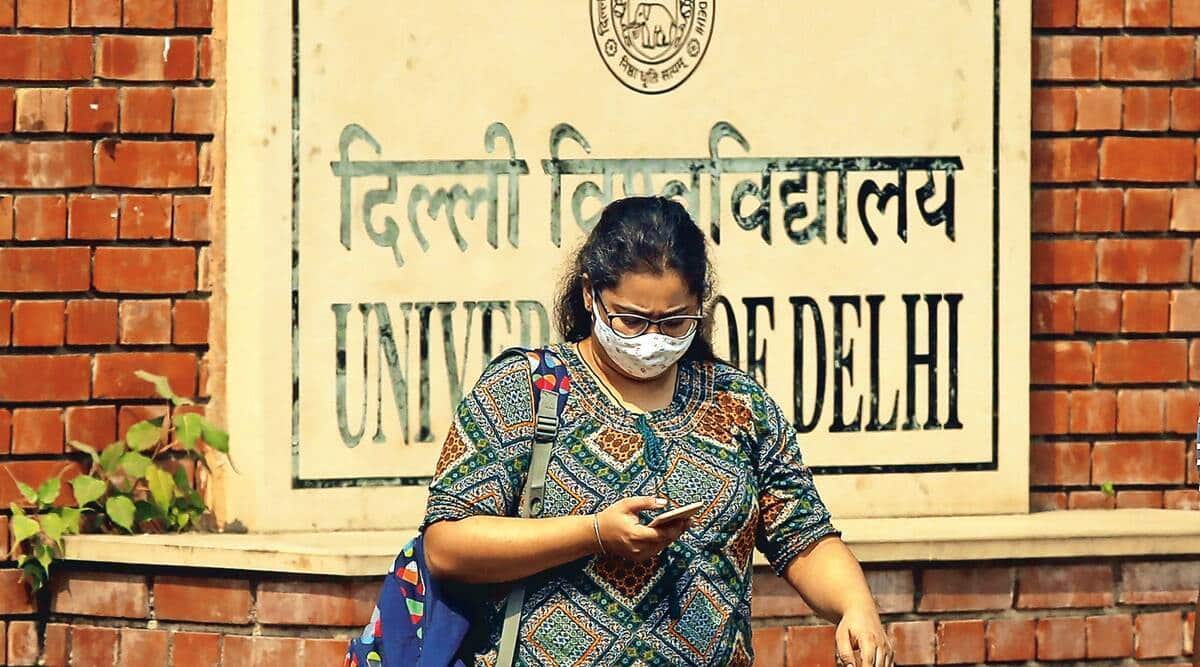 With the Centre on Tuesday announcing the cancellation of the Class 12 CBSE Board examinations and at least some state governments expected to follow suit, the focus now shifts to undergraduate admissions, with the big question being: how will universities, which have traditionally based their admissions on Class 12 exam results, take in students this year?

While announcing the cancellation, the Union Government said the Class 12 results would be compiled as per “a well-defined objective criteria”.

Delhi University (DU), one of the largest universities in the country, said it would follow this “merit” criterion for admission.

DU Acting Vice-Chancellor P C Joshi said, “This decision has been taken in view of the unprecedented Covid situation. We are with the Government of India. Our admission criteria will strictly be based on merit. We will honour the Board’s criterion.”

Rajeev Gupta, Chairperson-Admissions, said, “Whatever formula CBSE adopts, ultimately, they will declare results. We will declare cut-offs based on it.”

Every year, DU conducts undergraduate admissions to most courses through cut-offs which are calculated, to a large extent, on the basis of Class 12 marks.

The university had earlier sent a proposal to the University Grants Commission (UGC), according to which 50 per cent weightage could be given to the Class 12 marks and the rest to a CUCET (Central Universities Common Entrance Test).

Joshi, DU’s Acting VC, who is part of a committee set up by the Central government to consider a common entrance test for Central universities, had earlier said that under this formula, Class 12 marks could be calculated as percentiles instead of percentages.

However, with the current situation of the pandemic and the possibility of a third wave, DU officials said it was unlikely that CUCET would be implemented this year, and therefore, the CBSE criterion would be followed while declaring cut-offs.

When asked if CUCET would be considered, DU’s Gupta told The Indian Express, “We are committed to CUCET as and when it happens. The problem there too is that national-level examinations have to take place. Nobody is in a situation right now to answer how the situation will be in various cities and whether this exam can be held. In the larger of interest students, this is best possible option [to go by CBSE formula].”

Gupta said DU will start holding meetings and devise a plan after the CBSE announces its formula for assessment and declares the results.

“Our admission process is pan-India. We cannot decide on the basis of on Board. We have to consider that some state Boards may declare results later in July or August. So we will have to delay our admission process accordingly. But it is possible that if CBSE takes this decision, other Boards may also follow suit,” he said.

Hindu College Principal Anju Srivastava said circumstances are “so difficult” that “any option other than merit” is not feasible. “This decision to not have exams was because it was not possible to make students sit under one roof or in one place. So examination-based admissions will be a challenge. The most plausible option should be merit and we will honour that decision,” she said.

Lady Shri Ram College Principal Suman Sharma too said the Board’s decision should be honoured given the circumstances. “All the stakeholders will now need to sit together and brainstorm on the best way to carry out admissions,” she said.

Bijayalaxmi Nanda, Principal of Miranda House, said that while Board criterion would be followed this year, college entrance tests should be considered in the future. “The school boards will decide a system of merit and standardisation which DU will follow. A combination of CUCET and Board marks may be feasible only next year. A standardised entrance test for all colleges combined with continuous assessment in the Boards is a good system to aspire for,” she said.

Ramjas College Principal Manoj Khanna, however, said given the difference in standards of internal assessment, entrance exams should be considered for DU admissions. “If marks are determined on the basis of internal assessment, that is not a universal criterion across the country. So definitely we have to find some method – it could be some sort of an entrance exam – to evaluate students. Otherwise, it is next to impossible to conduct admissions,” he said.

Ambedkar University, a Delhi state university which also declares cut-offs for undergraduate courses, welcomed the decision, calling it “timely”. “CBSE will provide the results of Class 12. The process of admission to UG programmes will be decided after consultations with the admission committee of the University,” said the university PRO.

‘I will leave you in suspense’: Rahul on sister Priyanka contesting polls

Give vaccine to homeless after front-line workers: CHD