DU 1st Cut Off List 2021, Delhi University UG Admissions Cut Off List Live Updates: Based on the cut-off students will now have to select courses and colleges they are eligible for at du.ac.in and fill options. 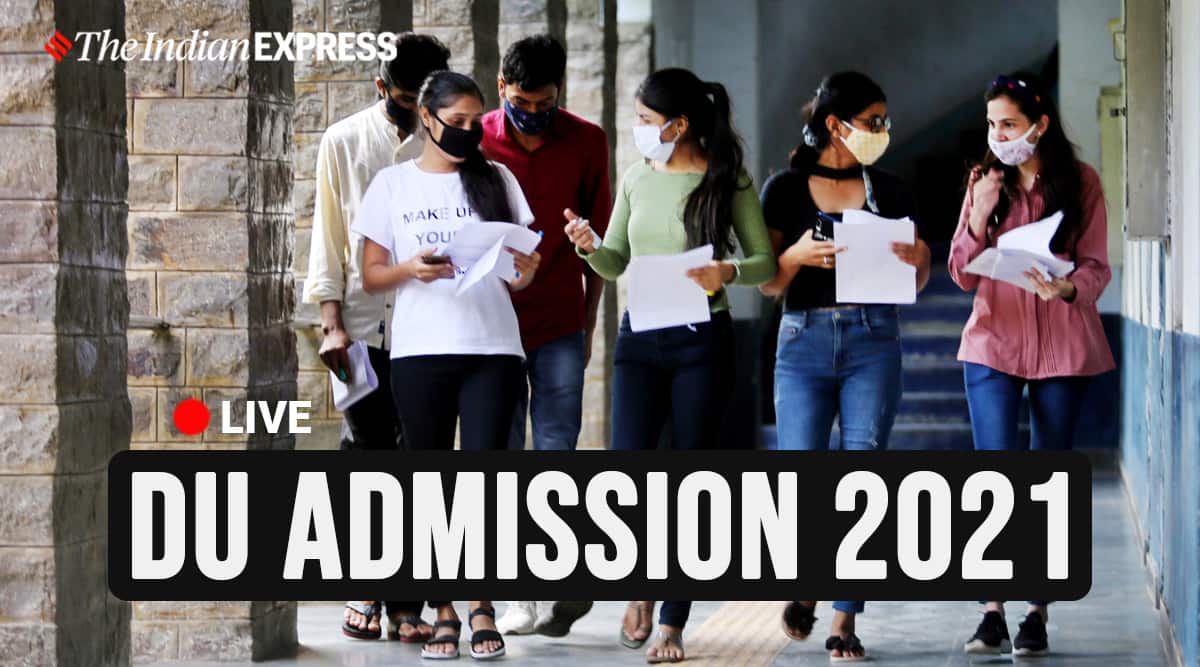 The cut-offs are expected to be higher than last year as over 70,000 students have scored more than 95 per cent in CBSE class 12 board exams this time. Based on the cut-off students will now have to select courses and colleges they are eligible for at du.ac.in and fill options.

While the first cut-off list will be released on October 1, candidates can begin applying for admission to colleges against this list between October 4 and October 6, and colleges have to complete approvals for these admissions before October 7 evening.

Last year, the first cut-off had gone as high as 100 per cent. Lady Shri Ram College for Women offered admission to BA (H) Economics, BA (H) Political Science, and BA (H) Psychology programmes to students who got 100 per cent as their best of four subjects score.

Jesus and Mary College, DU has released the first cut-off list for UG admissions 2021. The cut-off for BCom (honours) is 98 per cent and for Economics, it is 98.5 per cent.

Dr Babli Moitra Saraf, principal of Indraprastha College For Women, told PTI that students should not be in despair even if they are not able to meet the cut-offs in the first list. “The first and the second cut-offs are higher because colleges do not want to run the risk of over-admissions. The rule is that everyone within the cut-off has to be accommodated irrespective of the number of seats,” she said. She added that there are many colleges and universities in Delhi and people do get distributed

Some colleges said they could even keep the cut-offs at 100 per cent in order to avoid ‘over-admissions’ on the limited number of seats. ‘We had decided on our cut-offs but we were wondering to have a re-look at the scores after seeing that a higher number of students have scored above 95 per cent. ‘There are also students who have scored cent per cent marks and we might have to keep the cut-offs at 100 per cent,’ Vibha Chauhan, principal of Kirori Mal College, told PTI.

Delhi University’s St Stephen’s College on Thursday reopened its admission portal till October 3 for CBSE class 12 students whose results were declared on Wednesday. CBSE declared the results of compartment exams held between August 25 and September 15 on Wednesday. “Applicants whose CBSE results have been announced on September 29 may now register on the St Stephen’s UG portal,” notification on the college website said.

Deshbandhu College has released the first cut-off list 2021. The highest cut off is for BA Economics (H) and BA Programme courses at 97 per cent. The cut-off for B.Sc Mathematics is 96 per cent.

The cut-offs are expected to be higher than last year as over 70,000 students have scored more than 95 per cent in CBSE class 12 board exams this time. Based on the cut-off students will now have to select courses and colleges they are eligible for at du.ac.in and fill options.

The University of Delhi (DU) will release the first cut-off for undergraduate (UG) admissions 2021 today i.e October 1, 2021. Various colleges would be releasing their individual cut-off lists. The compiled lists will be available on the official website of the university at du.ac.in. The last cut-off date listed by the University so far is the fifth cut-off list, to be released on November 8 if vacant seats are still available. File.

The colleges affiliated with Delhi University will also release their respective cut-off list which will be available on the official website. As per the trend, the colleges release the cut-off list first followed by the varsity. Keep checking this page for more updates.

Clay idols of Kumartuli: A case for geographical indication

CTET 2020 registration for July exam to begin today, here’s how to register

Cops Use Billy Clubs Against Pro-Trump and Anti-Fascist Demonstrators