From delays to Daniel Craig’s ‘No Time To Die’ and the production of ‘Stranger Things’ shutting down, to Indian biggies like Akshay Kumar’s ‘Sooryavanshi’ being postponed and theatres across India closing, how is the pandemic affecting the entertainment industry?

The coronavirus pandemic has affected organisations and industries across the world, and its impact on the entertainment industry globally is no different. The filming and release of a host of films and television shows has been suspended, and movie events, music concerts and even film festivals are scheduled to be cancelled or postponed, though there has been no official word from the likes of Cannes yet.

Several A-list celebrities have taken to self-isolation, after Hollywood superstar Tom Hanks and his wife Rita Wilson became the first high-profile stars to test positive for COVD-19 in Australia.

No Time to Die, Mulan, Fast & Furious 9 are just some of the films to re-schedule their release dates in the wake of the pandemic, while popular shows like Stranger Things, The Morning Show, Ellen and many more have also shut down production. Netflix and Disney also recently announced that several projects have been halted in precautionary coronavirus measures.

Theatres in Delhi, Maharashtra, Jammu and Kashmir, Karnataka, Madhya Pradesh, Karnataka and Kerala have already shut down, and it seems to be only a matter of time before other states also take the decision, in the interest of public safety.

Here’s hoping that normalcy will be restored soon and we can get back to our theatre-hopping ways.

Theatres closed worldwide, as more projects are shut down and celebrities test positive

Theaters across the USA have closed nationwide due to the coronavirus pandemic,  with almost all of the country’s 40,000-odd screens shutting down. In India as well, theatres have been under lockdown in most states to combat the spread.

Several other big-budget films have been postponed too, such as the Walt Disney Co. on Tuesday clearing out its May releases as well, including Marvel’s Black Widow starring Scarlett Johansson. Warner Bros Pictures has also delayed the production on The Matrix 4. In India, filmmaker Karan Johar’s Dharma Productions and producer Ekta Kapoor also announced that they have suspended all administrative and production work across all projects.

Another breaking development included Universal Pictures’ decision to make its movies available at home on the same day they are released in theaters worldwide, beginning with animation film Trolls World Tour that is scheduled for an April 10 release.

Meanwhile, other high-profile actors to be infected include Wire and Thor star Idris Elba, who announced that he had tested positive for the new coronavirus. Elba said in a Twitter post that he had no symptoms but was isolating himself from others. It was not clear where he was located. Norwegian actor Kristofer Hivju who played Tormund Giantsbane in HBO’s epic fantasy series Game Of Thrones, also has tested positive, as well as Frozen 2 actor Rachel Matthews.

However, Tom Hanks and his wife Rita Wilson have discharged from an Australian hospital after testing positive for the coronavirus, and posted that they feel better.

Other notable postponements include singer Elton John rescheduling the North American leg of his Farewell Yellow Brick Road tour, and the annual Met Gala, the fashion party which benefits the Metropolitan Museum of Art’s Costume Institute.

India to stop shooting of all film, television and digital productions from March 19 to March 30

The Indian Motion Picture Producers’ Association (IMPPA) on Sunday called for a halt of shoots of all entertainment formats in a bid to curb the coronavirus outbreak. A joint meeting of the leading bodies — IMPPA, Western India Film Producers’ Association (WIFPA), Indian Film and TV Producers Council (IFTPC), Indian Film and Television Directors’ Association (IFTDA) and Federation of Western India Cine Employees (FWICE) — arrived at the unanimous decision to stop shooting of films, TV serials, web series and all other entertainment, including digital formats, from March 19 to March 31.

Ukrainian-born actor-model Olga Kurylenko has become the latest movie star to be infected with COVD-19. The actor is known for her roles in 2008 James Bond film Quantum of Solace and the sci-fi movie Oblivion.

Olga took to Instagram on Sunday to share her diagnosis: "I’ve actually been ill for almost a week now. Fever and fatigue are my main symptoms. Take care of yourself and do take this seriously!" 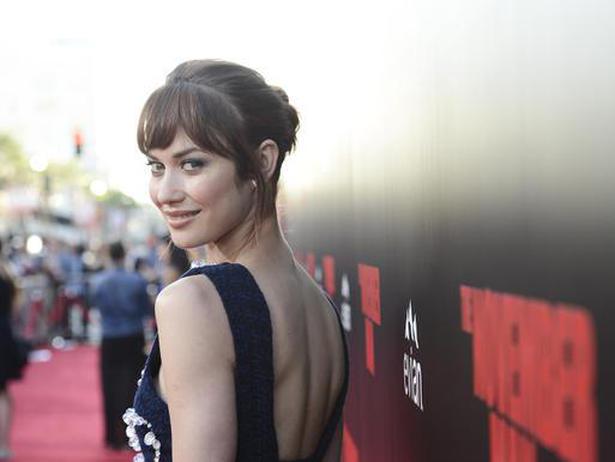 Production of Robert Pattinson’s ‘The Batman’ shut down for two weeks:

The latest big-budget movie to be affected by the coronavirus outbreak is the Matt Reeves-directed Batman reboot.

According to Variety, the shoot has been suspended for two weeks, and this could possibly impact the expected June 2021 release date for the film. After shooting on a sound stage in London, the team was planning to change locations to Liverpool, but Warner Bros’ have decided to call a hiatus in the wake of the pandemic. 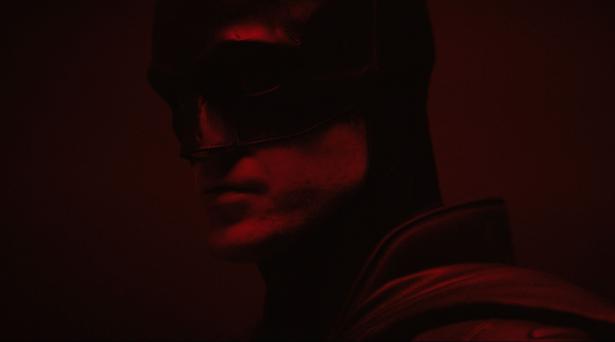 Robert Pattinson in ‘The Batman’

Movies in India affected by the COVD-19 outbreak:

Bollywood films such as director Rohit Shetty and Akshay Kumar’s Sooryavanshi has pushed back its release date, with a statement that they wil come back when the time in time, as their priority is the audience’s safety. Dibakar Bannerjee’s Sandeep Aur Pinky Faraar, starring Parineeti Chopra and Arjun Kapoor will face yet another delay, and Tillotama Shome’s film Sir has been postponed too. Most recently, Shahid Kapoor announced that the production of sports cricket drama Jersey will be stopped presently.

Many celebrities have also cancelled international commitments; Deepika Padukone called off her trip to the Paris Fashion Week, while Salman Khan’s USA and Canada concert tour Up, Close & Personal With Salman Khan, which was scheduled in April, has been rescheduled.

Thor actor Chris Hemsworth’s trip to India, as part of the promotional tour for Netflix film Extraction, was also cancelled.

The business of recent releases such as Tiger Shroff’s Baaghi 3 and Irrfan Khan’s Angrezi Medium have also suffered, with theatres seeing a drastic decline in viewership.

Down south, the Telugu film V, which stars Nani and Sudheer Babu, has been delayed. Actor Nani posted on Twitter, “Let’s kill the #coronavirus in March, Let’s celebrate ugadi in April, #V will wait”. The film was set to release on March 25.

In Malayalam, director Priyadarshan and Mohanlal’s Marakkar Lion of the Arabian Sea which stars a huge ensemble cast, and Tovino Thomas-starrer Kilometers and Kilometers, a comedy movie, have been pushed back.

If the situation escalates, April releases like two massive Tamil films — Vijay’s Master and Suriya’s Soorarai Pottru — will also face repercussions. The audio launch of Master was also shifted from a huge public gathering to a private hall in a luxury hotel to combat the spread. Also in Kollywood, the shooting of actor Vikram’s next film Cobra has been suspended in Russia halfway. Director of the film, Ajay Gnanamuthu posted on Twitter, “Corona attack for #Cobra. Packing up shoot in Russia halfway due to the travel ban rules by Indian Government!! Pongaya neengalum Unga corona vum!!”

Earlier, IIFA 2020, which was scheduled to be held in Madhya Pradesh in March, was postponed with due regard to the growing concerns around the spread of the COVID-19 virus and keeping the health and safety of IIFA’s fans and the general community at large.

Television shows that have been halted due to coronavirus:

Production on pilots or continuing seasons keep coming to a halt on a daily basis, with some of the most recognisable shows being Stranger Things that has stopped its season 4 shoot, and drama Snowpiercer based on Bong Joon Ho’s 2013 movie, also on hiatus. 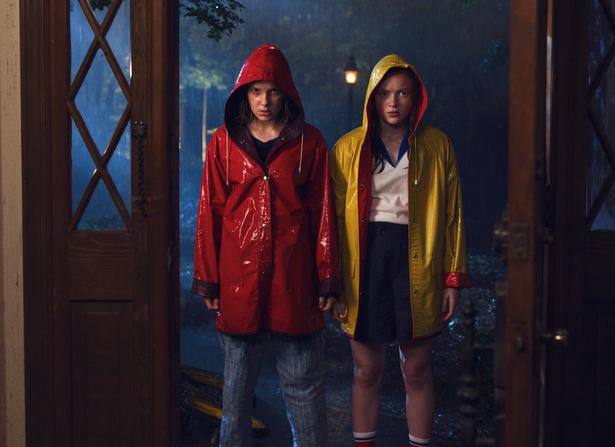 Warner Bros. TV has shut down filming of the CW show Riverdale, after a person from the production came into contact with someone who recently tested positive for the coronavirus.

Disney+ also cancelled shooting of Avengers spin-off showThe Falcon And The Winter Soldier in Prague, after news of the outbreak.

Other affected titles include The Walking Dead, Donald Glover’s Atlanta, second season of HBO’s Euphoria, the fourth season of Fargo, as well as the 16th season of Grey’s Anatomy.

After the success of Apple TV+’s The Morning Show starring Jennifer Aniston and Reese Witherspoon, the shooting of season 2 began, but now will go on a a two-week break with immediate effect. 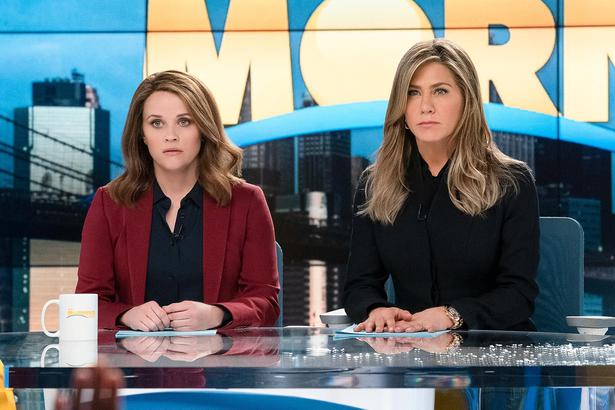 Reese Witherspoon and Jennifer Aniston in ‘The Morning Show’

Adventure shows such as Survivor (season 41) and The Amazing Race (in its 13th season) are also temporarily shut down.

Finally, even popular talk shows have been compromised, with the hosts deciding not to put studio audiences under any sort of risk. Ellen DeGeneres announced on Twitter that The Ellen Show was suspending production completely until March 30.

No Time to Die, the latest film in the iconic James Bond franchise, John Krasinski and Emily Blunt’s A Quiet Place 2, Fast & Furious 9,  and Peter Rabbit 2: The Runaway, have all postponed their releases.

The live-action adaptation of Mulan will also see a delay, with director Niki Caro posting on social media.

https://www.instagram.com/p/B9pnpfGl4sd/After Tom Hanks and wife Rita Wilson self-quarantined announcing they had both tested positive for the coronavirus, the Elvis Presley project the actor was working on, directed by Baz Lurhmann has been halted.

The production of the third Jurassic World film, Jurassic World: Dominion, was also stopped recently. Universal has decided to do the same with Flint Strong as well as the untitled Billy Eichner project. ‘Jurassic World: Dominion’ is expected to have a 2021 release

Meanwhile, Disney Studio has also suspended production on its live-action movies such as The Little Mermaid, Home Alone, The Last Duel, Nightmare Alley, Shrunk, and Peter Pan & Wendy. However, the studio has claimed in a statement to Variety that it was just a precaution: “While there have been no confirmed cases of COVID-19 on our productions, after considering the current environment and the best interests of our cast and crew, we have made the decision to pause production on some of our live-action films for a short time. We will continue to assess the situation and restart as soon as feasible."

Other high-profile movies include Marvel outing Shang-Chi, which also halted production after director Destin Daniel Cretton was suspected of contracting the virus and had to self-isolate, and Tom Cruise’s Mission Impossible: 7 which was scheduled to shoot for three weeks in Italy and had to change plans as the entire country is in isolation.

Guillermo del Toro’s Nightmare Alley, Ryan Murphy’s adaptation of Broadway musical The Prom, Penelope Cruz and Antonio Banderas project Official Competition, as well as Ben Affleck and Matt Damon-starrer The Last Duel are other notable movie shoots that are all on temporary hiatus.

My rabbit for your detergent? Cubans turn to barter as shortages worsen amid coronavirus pandemic

Khattar sworn in as CM, Dushyant his deputy

Ashok Dinda to play for Goa in upcoming domestic season