Education Minister Himanta Biswa Sarma said the proposal includes holding Classes 5 to 8 in the open and 9 to 12 in a staggered way. 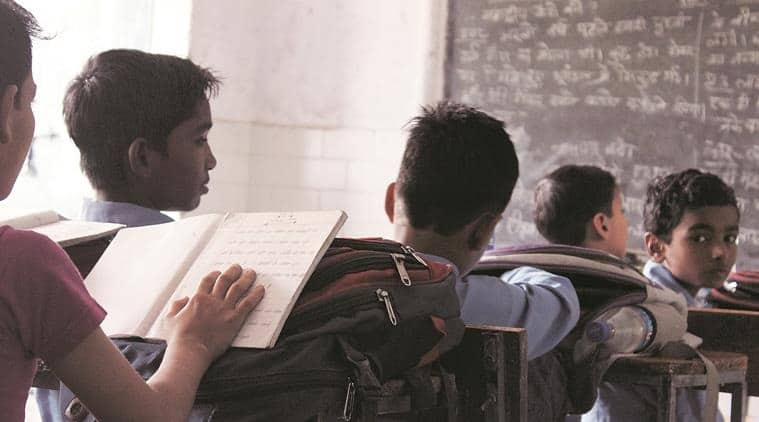 Assam has drafted an initial plan for re-opening of government schools above Class 4 from September 1, with the proposed standard opening procedure to be put up online for suggestions from the public from Monday.

Addressing a press conference in Guwahati Saturday, Education Minister Himanta Biswa Sarma said the proposal includes holding Classes 5 to 8 in the open and 9 to 12 in a staggered way. “We have held initial discussions regarding opening of schools and colleges from September 1. Of course, it has to be approved by the Centre and we have to see how the Covid situation unfolds,” he said.

As part of the plan, between August 23 and 30, the state will organise testing of all government teachers.

Sarma added that even if the reopening is pushed back from September 1, the government planned to proceed following this “blueprint”. The final proposal will be decided taking into account inputs from people, which will be accepted online till August 20.

Till Friday, Assam had 40,269 Covid cases, 11,088 of them active, with 98 dead. In its Unlock 3 guidelines earlier this week, the Centre said schools and colleges in the country would remain closed till August 31.

Sarma said as per their proposal, Classes 5, 6, 7 and 8 will not be held in rooms but split over playgrounds. “They cannot be brought to school. The four classes will be held at different spots, with not more than 15 students at one place,” he added, inviting volunteers to take classes.

As per the plan, students of Classes 9-12 will attend school in a staggered manner. Classes 9 and 11 can attend two days a week, split into morning and afternoon shifts with each shift running up to three hours to ensure no overlap. Classes 10 and 12 can be held similarly for the remaining four days of the week except Sunday. No classroom will have more than 15 students at a time.

An official in the Education Department said, “The initial discussions are regarding government schools… Now based on the suggestions we receive, we will consider the next steps.”

At college level, Sarma said they planned to have classes for only final-semester students of degree courses. A student enrolled at a place other than his home district would be given the option of attending a nearby college.

“For universities, we have not given any directions,” the minister said, adding that since they are autonomous institutes, they would decide on their own.

The government has also sought suggestions from the Board of Secondary Education, Assam, and the Assam Higher Secondary Educational Council on curtailing syllabus for this year or working out a multiple choice format for question papers.

‘Focus on the shortcuts’

Many candidates give a miss to UPSC exam in Andhra Pradesh

NEP 2020: 7 salient features apart from what is clearly evident