Salman Khan’s sister Arpita Khan threw a starry Eid Bash for the industry last night. Shehnaaz Gill, Karisma Kapoor, Karan Johar, Sidharth Malhotra – Kiara Advani, Deepika Padukone – Ranveer Singh, Kangana Ranaut and other celebs came for the party. Sushmita Sen was also there with her daughter Renee. It is a known fact that Sushmita Sen and Salman Khan have been friends for a long time. She is a regular at his birthday bashes held in Panvel. The actress came dressed in a bright pink Benarasi sharara set while Renee wore white. Sushmita Sen also brought a box of sweets for all the paps. Netizens praised the actress saying that personality wise she was one of the most elegant celebs around. They felt it was truly a sweet gesture.

However, some people have pointed out that Sushmita Sen’s face looks a bit different. They began speculating if she has done a botox or not. A netizen even commented that she is looking like Rakhi Sawant. Take a look at the comments left by trolls… 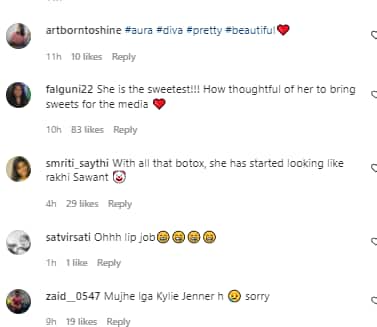 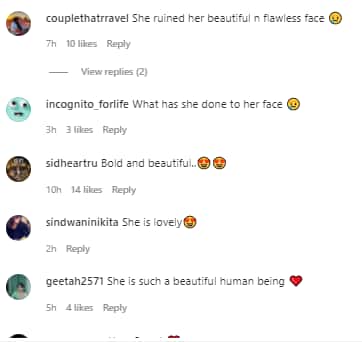 A lot of people said that she is looking like Kylie Jenner. The actress spoke about how her adrenal gland did not function properly for some time in between. It was a severe time for the actress who had to rely on steroids. However, she kept her workout going and one fine day it began functioning properly once again. Due to steroids, she had hollows in her face. The lady overcame all of that through sheer will power and persistence.

Sushmita Sen got a lot of appreciation for the second season of Arya that came on Disney Hotstar some months back. The lady is keen to take on more work now. She also split with Rohman Shawl last year.

Liquor seized from ambulance in Bengal; many arrested

Pauly D Claps Back At Aubrey O’Day’s Claims He Tortured Her: People ‘Can See Right Through Her’