The chief minister had sparked a row in September by using the Urdu term for 'father', saying that rations distributed by the previous state government went to those who say “abba jaan”. 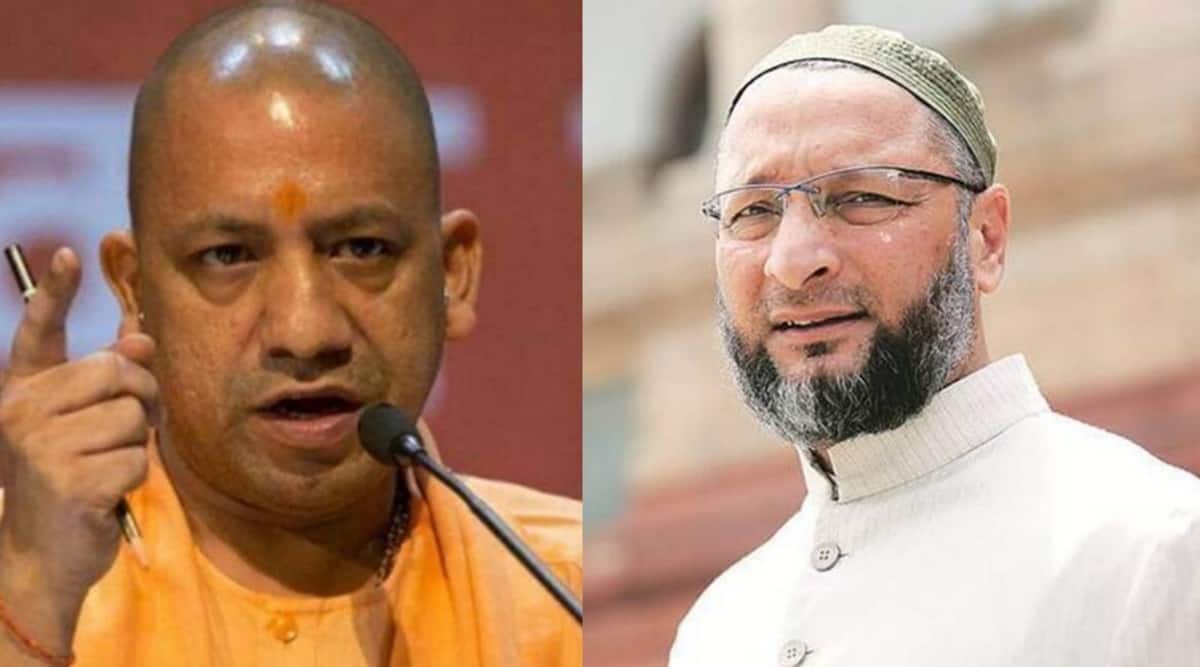 Uttar Padesh chief Minister Yogi Adityanath on Tuesday again used the term “abba jaan” as a jibe, threatening strict action against those who incite passion over the Citizenship Amendment act.

His main target was AIMIM leader Asaduddin Owaisi who recently demanded the withdrawal of the law, but the CM’s remark could be interpreted by many as a reference to the Muslim community in general.

He called the Hyderabad-based leader, whose party is contesting the coming UP Assembly elections, an agent of the Samajwadi Party.

The chief minister had sparked a row in September by using the Urdu term for ‘father’, saying that rations distributed by the previous state government went to those who say “abba jaan”.

In Kanpur on Tuesday, Adityanath said there used to be riots every “third or fourth day” in Uttar Pradesh earlier. “I would like to warn the person who is once again is trying to incite feelings in the name of CAA.” “I am asking followers of ‘chacha jaan’ (uncle) and ‘abba jaan’ to listen carefully that if attempts are made to vitiate the atmosphere of the state by inciting feelings, the state government will deal with it strictly,” the chief minister said.

“Everyone knows that Owaisi is inciting feelings as an agent of the SP. But now UP is not known for riots but as a riot-free state,” he said.

The CM said the government works for development and does not patronise mafias. “It is a government that runs bulldozers on the chests of the mafias,” he said in a reference to the demolition of property owned by criminals.

While addressing a meeting in Barabanki on Sunday, Owaisi had demanded that the Citizenship Amendment Act (CAA) and the National Register of Citizens (NRC) should be withdrawn as well after the announcement on the repeal of the agri laws.

“The CAA is against the Constitution. If the BJP government does not take back this law, we will come out on the streets and another Shaheen Bagh will come up here,” the All India Majlis-e-Ittehadul Muslimeen leader had said.

A long protest was staged in Shaheen Bagh locality in the national capital against the CAA last year.

The CAA is aimed at providing Indian citizenship to Hindu, Sikh, Buddhist, Jain, Parsi and Christian migrants from Afghanistan, Bangladesh and Pakistan who entered the country on or before 31 December 2014.

Adityanath said besides the Centre and the state government, only BJP workers were on the street to help people during the Covid pandemic. He thanked Prime Minister Narendra Modi for launching schemes to provide foodgrain to people.

Referring to the Kanpur region, he said its social fabric was damaged and development affected due to the politics of family (‘pariwarwad’) and caste (‘jatiwad’) since Independence.

Nagaland set to begin its variant of NRC from July 10

When will Indians stop killing each other for the cow?

NBA coronavirus shutdown likely to be ‘at least 30 days’ – Silver