A protest against a “derogatory” social media post allegedly put out by the nephew of Akhanda Srinivas Murthy, Congress MLA from Pulkeshinagar, turned violent on August 11. 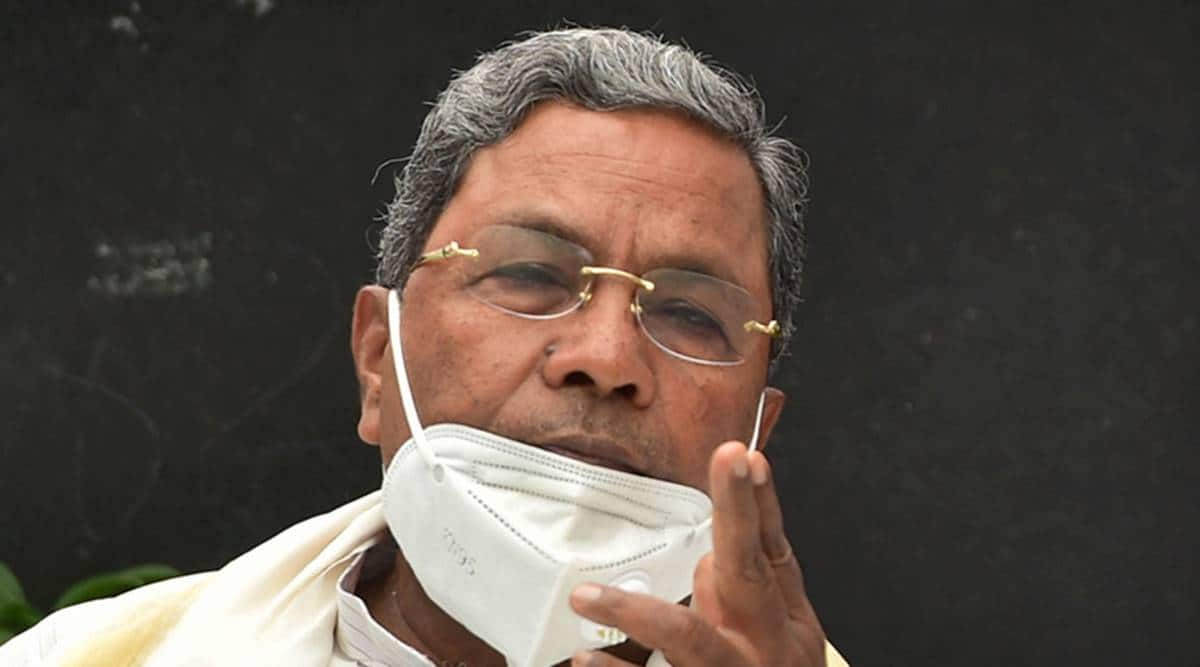 Former chief minister and leader of the Congress in Karnataka legislature Siddaramaiah has alleged that rivals of Chief Minister B S Yediyurappa in the BJP are using the recent violence in east Bengaluru to undermine the chief minister.

“BJP is clearly divided into 2 factions. One that is closer to RSS is trying to take the advantage of Kaval Byrasandra incident to topple BSY’s position,” Siddaramaiah tweeted.

A protest against a “derogatory” social media post allegedly put out by the nephew of Akhanda Srinivas Murthy, Congress MLA from Pulkeshinagar, turned violent on August 11. The mob, allegedly comprising several supporters of the Social Democratic Party of India, attacked the DJ Halli police station and a house belonging to the MLA. Three youths were killed in police firing during the violence and a fourth died three days later from a non-bullet injury.

The BJP and Congress have blamed each other for the violence.

State Home Minister Basavaraj Bommai has said internal differences among Congress leaders and SDPI are behind the violence.

State BJP president Naleen Kumar Kateel has accused the Congress of indulging in vote bank politics. “When the home of a Dalit Congress MLA has been attacked by a group of goondas from the minority community, Congress leaders, instead of standing up for their own MLA, are speaking in favour of the minority community to protect their vote bank. This shows how much regard they have for social justice,” he said.

SDPI activists have claimed that the violence erupted after the DJ Halli police delayed filing a complaint against the MLA’s nephew P Naveen Kumar after he allegedly put out the “derogatory” post.

“If SDPI is involved, let them be punished. BJP leaders are using SDPI as a pawn for political reasons to divide Muslim votes… Instead of identifying the actual culprits, BJP leaders are more interested in targeting the Congress party. They see politics in all crises,” he added.

Meanwhile, police Wednesday questioned the Congress MLA for over four hours with regard to circumstances surrounding the social media post allegedly put out by his nephew — the MLA claims his nephew is estranged from him. Sources said police questioned the MLA about the whereabouts of one of his associates who has gone missing since the violence. The MLA said the associate may have gone into hiding out of fear, said sources.

Police have also questioned two Congress city councillors from Pulkeshinagar constituency — Sampath Raj, a former Mayor, and A R Zakir over mobilisation of crowds involved in simultaneous violence in different parts of the constituency on August 11.

For MJ Akbar to issue a statement, says Smriti Irani on harassment charges