Over the past year, McLeod sold 21 gardens in India, reducing almost 32 million kg in production. 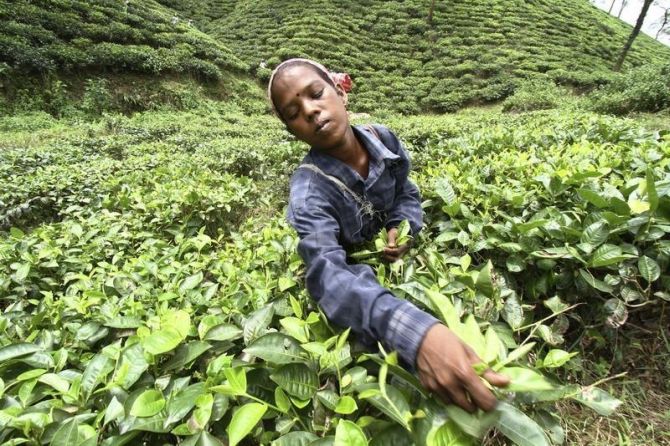 In a bid to pare debt, Brij Mohan Khaitan’s McLeod Russel India has lost its crown as the world’s largest private tea producer, to Camellia Plc, the holding company of the Goodricke Group.

Over the past year, McLeod sold 21 gardens in India, reducing almost 32 million kg in production.

Its exit from Rwanda  further trimmed around 5 million kg, taking its global output to around 80 million kg.

A McLeod official said only one of the agreements for sale was pending a conclusion. In contrast, Camellia saw its highest-ever production levels through own and managed factories in 2018 at 103 mn kg from 95 million kg in 2017.

This is a record for the group.

Camellia chairman Malcolm Perkins said in the annual report, “In an important development after the year-end, we acquired two tea estates in Assam, which together with our existing estates, we believe, makes us the largest private tea producer in the world.”

Perkins added: “These are long-term projects, in line with our strategy to diversify our production footprint and add value to our products.”

“In India, after the acquisition of two gardens in Assam, we are not looking at further acquisitions.

A McLeod official said they’d still retain the position of the largest tea producer in India.

After all the sale agreements were concluded, McLeod’s India production would be 55-60 million kg.

Amalgamated Plantations, whose 41 per cent is held by Tata Global Beverages, is the second-largest producer in India at 42 million kg a year.

Kanan Devan Hills Plantation Company, where Tata Global has a 28.5 per cent stake, has production of 25 million kg but the two are separate corporate entities, said Tata Global.

This is not the first time McLeod would have lost its status as the world’s largest producer.

In 2001, when the Khaitans and Magors split, the estates under George Williamson Assam – a company controlled by the Magor family but managed by the Khaitans – went with it and consequently a sizable production from the group portfolio.

However, the wheel turned a full circle four years later, when the Khaitans bought out the Magor family stake from George Williamson Assam.

A spate of acquisitions followed – Doom Dooma Tea Company in 2006-07 and Moran Tea in FY08.

Between 2009 and 2014, McLeod spread its presence to Vietnam, Uganda and Rwanda.