The speed at which he led the central bank in different areas — ranging from internal reorganisation to inflation fighting, stabilising the currency, taking on rogue corporations, cleaning up bank balance sheets, and opening the sector — makes one believe that Rajan knew he had only three years to do his job.
A fascinating excerpt from Tamal Bandyopadhyay’s MUST-READ new book, Roller Coaster: An Affair with Banking.

I first met Raghuram Govind Rajan in August 2003, just after he took over as the IMF’s youngest chief economist at 40, the first from an emerging market.

I interviewed him at the Taj President hotel one late evening. While rushing back to office, I placed a bet with my colleague who had accompanied me for the interview that Rajan would one day become the RBI governor.

On the day of his appointment, a dreary Tuesday in August, he met the press in North Block and gave a short, solemn statement. The government and the RBI, he said, did not have a ‘magic wand to make the problems disappear instantaneously’. Then, he left without taking questions.

By any yardstick, the assignment was tough as the Indian economy was going through a difficult time; some say it was even worse than what it had witnessed in 1991, which led to economic liberalisation.

Inflation had been high for years but what added to the problem was a record high current account deficit, a falling local currency against the greenback, and depleting foreign exchange reserves. Moreover, there was the threat of a rating downgrade.

“Was the governorship part of the arrangement when he took over as chief economic adviser?” I asked him before even we settled down for lunch at the visitors’ room on the 18th floor at the RBI a year after he took over. “There was no explicit arrangement,” said Rajan, nibbling on alu chaat, a starter at our elaborate five-course lunch.

Over lunch, Rajan used a term for this style of policymaking.

“One way to do things is to say let us think in theory, develop the best plan possible, and then implement in one go. I call this the Brahminical way. But this may not work as at the implementation stage you will realise that some aspects were not considered. The alternative is: Roll up the sleeves, don’t minimise the thinking phase, but do it quickly. I am trying to do that.

“There’s this Chinese phrase, ‘Cross the river by feeling the stones.’ It’s basically step-by-step, but take that step; don’t theorise about how you’re going to cross the entire river, not knowing where the stones are … Take the first step and feel your way through the next step; be more practical about it.” 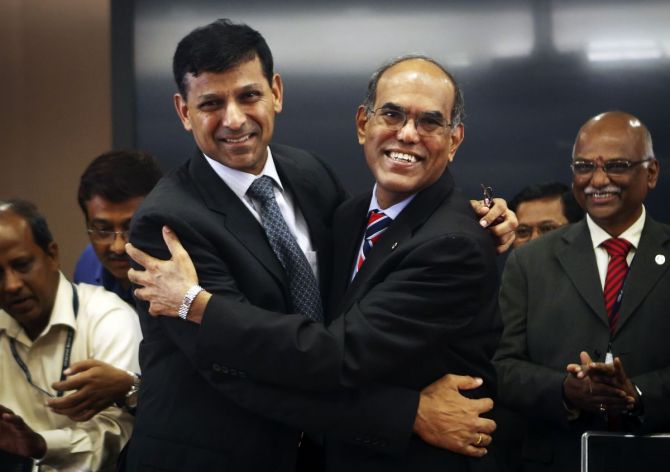 I had bluntly asked him whether he offered to resign when the BJP-led National Democratic Alliance government took over like Bimal Jalan had done when the government changed. Rajan said if he lost the government’s confidence at any point, he would go the next day.

While I was digging into meat and seafood and he, paneer and green vegetables, Rajan kept a close eye on my plate. “Are there too many bones? Would you care for a fresh plate?” he had asked me.

The third child of a police officer, Rajan’s rise in the world of economics has been meteoric. A gold medallist at both IIT-Delhi and IIM-Ahmedabad, he did a short stint at Tata Administrative Services as a management trainee before getting a doctorate in management from the Massachusetts Institute of Technology’s Sloan School of Management in the US.

In 1991, he joined the University of Chicago Booth School of Business as an assistant professor of finance. He worked there till August 2003, when he was appointed chief economist at the IMF.

In the RBI, his colleagues found him very different. When someone greeted him with a “good morning”, Rajan’s typical response would be “hi”. That’s very American.

He would always wear a tie. The deputy governors had no choice but to follow suit. However, the culture changed with his successor Urjit Patel, who would wear a tie only on formal occasions. In columnist Shobhaa De’s words, ‘The guy’s put ‘sex’ back into the limp Sensex.’ Many of my female colleagues at the Mint swooned over him. Even those who didn’t know the way to the RBI headquarters were keen to attend his press conferences.

A colleague’s mother, in her late 70s, once asked me, “The rupee is behaving nicely; inflation has run away … Rajan is so good-looking and intelligent, na?”

At that interview over lunch, I asked him how he felt about being India’s newest sex symbol. Rajan, 6’1″, blushed but soon recovered to say: “My wife Radhika teases me a lot about this.” 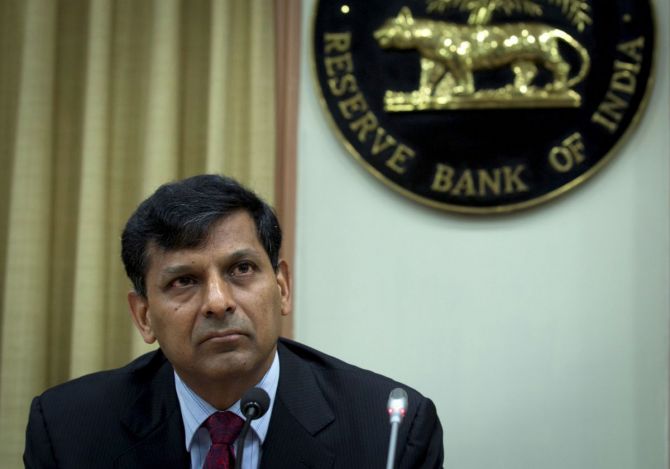 In one of his post-monetary policy press conferences, the reporters asked Rajan whether he was a dove, like Janet Yellen (the then chair of the Board of Governors of the Federal Reserve), or a hawk, like Paul Volcker (Fed chief between August 1979 and 1987). With a James Bond-ish swagger, Rajan replied, “My name is Raghuram Rajan, and I do what I do.”

That became the headline in business newspapers the next day and, later, the title of his book.

None can question the deftness with which he handled the situation and his aggression in pushing the reform agenda once the macroeconomic scenario stabilised. Among his many policy moves, he opened up the banking sector, intensified competition, forced banks to start recognising bad assets, and put the fear of God among corporate defaulters.

If not anything else, his term will be remembered for the asset quality review or AQR, the first-of-its-kind inspection exercise that the central bank undertook, which forced the commercial banks to come up clean.

Upset with the way bankers were handling bad loans, Rajan once said, “You can put lipstick on a pig, but that will not make the pig a princess.”

In every normal business venture, the equity holders take the risk. But in India, Rajan found that lenders were taking risks while the promoters were essentially playing with other people’s money. If a business has no equity, the debt gets bloated, and the borrowers cannot service it at some point. That’s what happened in India.

People in certain quarters also saw Rajan turning into a street fighter, taking on the Narendra Modi government as he still could not get over the unhappiness of not being given a second term.

That’s his critics’ version, but those who know him well say he never wanted a second term; he wanted to be with his son, whose graduation course was starting around the time his first term was ending. I don’t know who to believe.

After he stepped down, he made his stance on demonetisation public — the RBI did not support the move. It was, at best, a passive partner.

A news report in The Indian Express says that the then secretary for economic affairs, Shaktikanta Das, briefing the Public Accounts Committee on February 10, 2017, said that a discussion between the government and RBI started at a very high level in February 2016 and ‘from March and April 2016 onward, the RBI and government had very active, internal discussions’.

Another report in The Economic Times cites unnamed people as saying Das told members of the Parliamentary Standing Committee on Finance that Rajan ‘was on board’ when finance ministry officials and the RBI brass “firmed up a decision in May 2016” to recall Rs 500 and Rs 1,000 notes. Das became governor in December 2018 when Patel resigned after completing a little over two years of his three-year term. 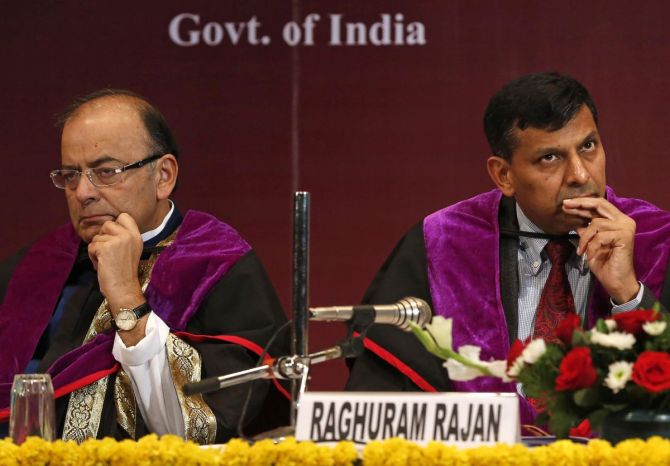 Rajan’s book demolishes Das’s claim. It ‘clarifies’ that in February 2016, when the government asked his views on demonetisation, Rajan, ‘in no uncertain terms’, expressed his reservations against it.

He said that the short-term economic costs would outweigh long-term benefits, and there were ‘better alternatives to achieve the main goals’ (unearthing black money, fighting terror finance and fake notes).

When asked to prepare a note, he iterated this, outlined the preparations needed for it, and also what would happen if the preparation was inadequate. ‘At no point during my term was the RBI asked to make a decision on demonetisation,’ Rajan writes.

(Patel was taken into confidence after he was made governor-designate in August.)

It seems that, as a former RBI governor, he wanted to set the record straight that the central bank was not a party to demonetisation. He also warned against a repetition of such a move in future.

Historically, the government — irrespective of its political affiliation — never listened to the RBI governor on such a move.

If Rajan was the first instance of a governor-elect coming to RBI as an OSD ahead of his term, the RBI issuing a release on June 18 on Rajan’s address to his colleagues, saying he would go back to academia when his term as governor ends on September 4 was also unprecedented.

Why did he choose to tell the world almost three months in advance that he would return to academia and not like to be in the race for a second term?

He was probably convinced that the government was not inclined to continue with him as the governor for another term. Or, it could be that while taking up the assignment itself, he had decided to stick to the three-year term and do as much as he could within this period. The speed at which he led the central bank in different areas — ranging from internal reorganisation to inflation fighting, stabilising the currency, taking on rogue corporations, cleaning up bank balance sheets, and opening the sector — makes one believe that Rajan knew he had only three years to do his job.

In the process, if he did not have too many friends among bankers, corporate captains, and politicians while he prepared to leave the central bank, then so be it.

There could be another way too. He is probably extremely savvy about the world of politics; he has done everything knowing well how the political system works.

In other words, he consciously took on the politicians and the government because he had a job to do, and he wanted to accomplish that without compromising on the RBI’s independence. 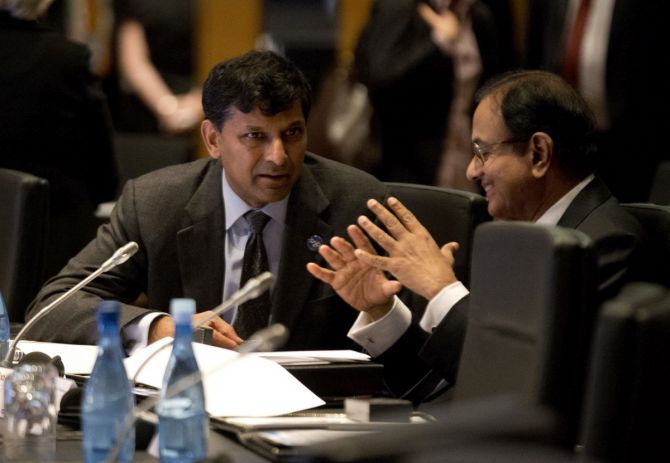 Yet another interpretation is that, having stayed out of India so long, he was not in a position to appreciate the nuances of real politics between the government and the central bank. Underestimating the power of bureaucrats and the corporate honchos, he was caught in the crossfire.

Many also say in private that while Rajan the central banker had done a great job, the academician and economist in him spoke from various public fora, which did not go down well with the government.

They say Rajan had no business raising such issues. Politicians, academicians, economists, and columnists could dwell on those, but the RBI governor should stick to his domain — inflation, interest rates, and macroeconomic stability. 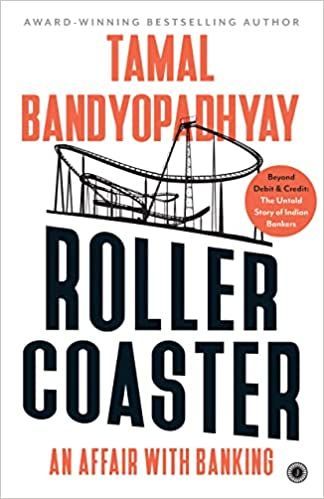 In none of his public appearances has Rajan ever uttered anything that could impact the financial markets, bond yields, and currency movements. He had spoken about tolerance, growth, and ‘make for India’, among other things. And, through all these speeches, he raised relevant issues.

The question is: Should the RBI governor do this?

This edited excerpt from Roller Coaster: An Affair with Banking by Tamal Bandyopadhyay has been used with the kind permission of the publishers, Jaico Publishing.