Apart from Modi, some other accounts that lost a significant number of followers in the November crackdown were those of Congress chief Rahul Gandhi, Kiren Rijiju, minister of state for home affairs; Bhupender Yadav, national general secretary of the Bharatiya Janata Party, and Anurag Thakur, chairman of the Parliamentary Committee on IT. 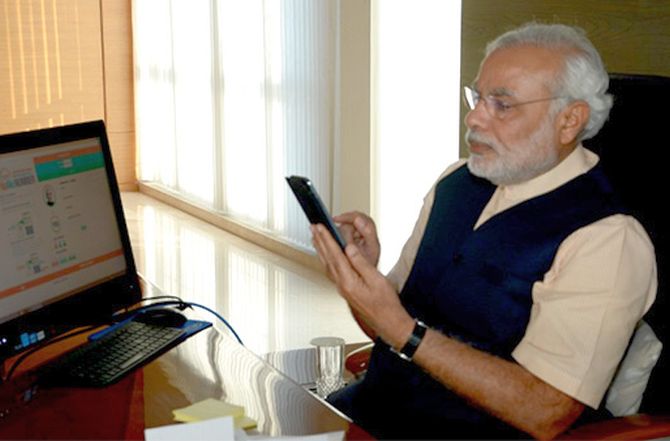 As allegations of political bias add to the woes of Twitter in India, an independent study on the Twitter profiles of political leaders, including Prime Minister Narendra Modi and Congress president Rahul Gandhi, has found many of them losing several thousands of followers after a November crackdown by the microblogging platform on fake profiles.

While Modi lost around 1 lakh followers, Gandhi saw his Twitter followers diminishing by close to 9,000 after the clampdown.

Twitter had carried out a similar exercise globally in July last year which saw the prime minister’s follower count going down by around 3 lakh.

The study, led by Indraprastha Institute of Information Technology, Delhi, is part of a larger attempt by the institute to study social media patterns between the 2014 and 2019 general elections.

It analysed 925 Indian political handles, including the user accounts of all the main political parties and political figures on Twitter for the project.

Apart from Modi and Gandhi, some other accounts that lost a significant number of followers in the November crackdown were those of Kiren Rijiju, minister of state for home affairs; Bhupender Yadav, national general secretary of the Bharatiya Janata Party, and Anurag Thakur, chairman of the Parliamentary Committee on IT.

The study, which began last year, found most prominent political leaders saw a consistent rise in their follower count between August and September.

However, in November, after the crackdown, there was a dip in the follower count.

The numbers, however, have started rising again.

“It is too early to make comparisons with the 2014 analysis, but some of the initial trends are interesting. For instance, the sheer amount of presence (of political leaders on Twitter) this time is much higher. Of the 925 handles we are studying, over 500 are already verified. That was not the case in 2014,” said Ponnurangam Kumaraguru, a professor at IIIT-Delhi and Hyderabad.

The study has also shown a few other trends.

For instance, it found 21 million posts by roughly a million Twitter handles in the analysis of 2014 general elections.

Of these, only 31.64 per cent of the handles are still active.

An active account, according to the institute, is one that has made at least one tweet in 2018.

Facing a backlash in most of the countries it operates in for not handling abuse on its platform effectively, Twitter began weeding out fake profiles on the platform last year.

In July, it announced it will carry out this exercise, and Modi’s profile lost about three lakh followers, making it among the top profiles to lose their follower count.

The November crackdown, which was unannounced, saw the microblogging site itself lose 2.4 million followers.

Twitter has been embroiled in controversy since some time now for its alleged political bias against right-wing political handles.

On February 3, an outfit called the Youth for Social Media Democracy protested outside the office of Twitter India asking the company to change its policy on blocking or removing content.

Just days back, the firm was in news after its top officials and CEO refused to appear before a Parliamentary Committee over “safeguarding citizens’ rights on social/online news media platforms”.

The committee has rescheduled the hearing for Monday.

“Twitter does not review, prioritise, or enforce its policies on the basis of political ideology. Every tweet and every account is treated impartially. We apply our policies fairly and judiciously to all. If there are ‘false positive’ decisions, these are not political statements of intent; they are the basic human error rate of running the fastest, most open conversational tool in the history,” said Colin Crowell, Global Vice President, Public Policy, Twitter, in a statement on Friday.

In an update to its policy on fake profiles, Twitter had said last October that it will consider scrutinising handles that are using stock or stolen avatar photos, copied profile descriptions, and intentionally using misleading profile information, including their locations.

Kumaraguru said that the institute, much like Twitter, was looking at the study as a technology problem and not one of politics.

“They (Twitter) must be looking at suspected users as a technological problem and a problem of misuse of their platform,” he said.

‘If they open their mouths in protest, they are labelled as Maoists’

A peek into research life

19 Worst 'Saturday Night Live' Hosts of All Time, Ranked From Bad to Worst