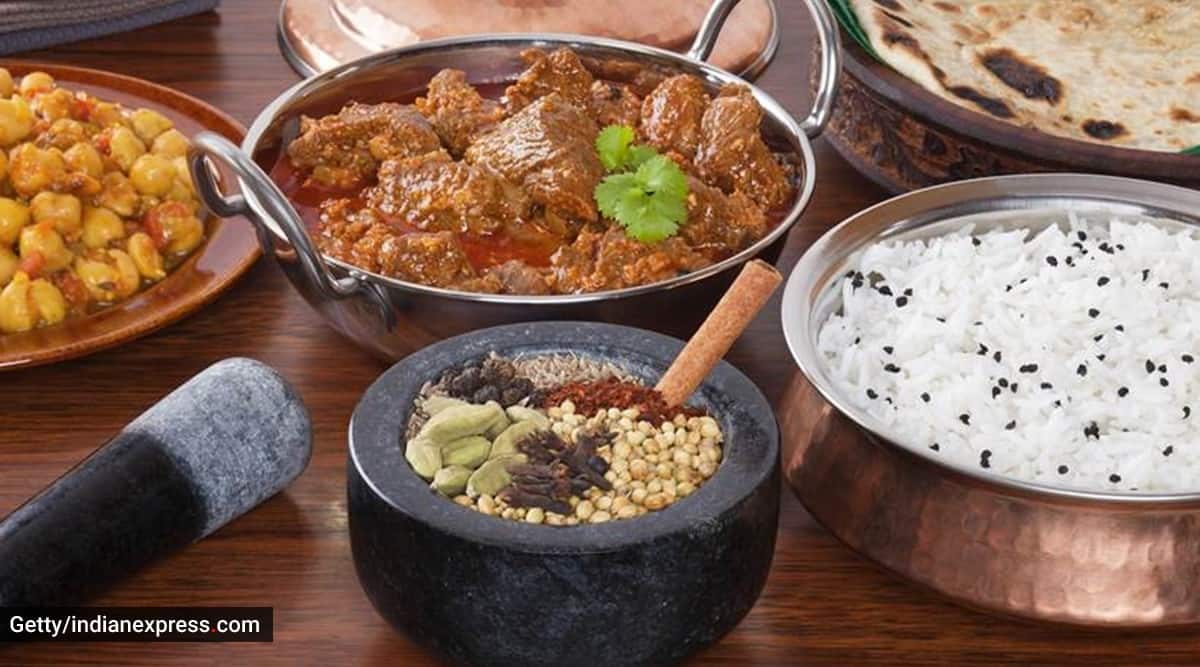 On August 19, The Washington Post humourist Gene Weingarten published ‘You can’t make me eat these foods’. Among his list of inedibles are hazelnuts, blue cheese, cooked peppers, balsamic vinegar, and pizza with more than two toppings. Most of Weingarten’s listing could have been ignored as trivial, but his inclusion of “Indian food” as a whole category provoked incensed responses. The fact that he assumed Indian cuisine is based on a single spice called curry says much. It reveals at least two things about the state of American food commentary. First, that Weingarten is among the commentators who can no longer pull their weight in a world more familiar with wider conceptions of good taste. Second, spices continue to haunt the Western imagination: Initially with paroxysms of desire, driving them to a search for their source, then with disdain once exotic spices from the East were dethroned around the 17th century with reduced price and status.

We have a lovely piece of evidence of robust Indo-Mediterranean trade in pepper, spikenard and malabathrum ca. 150 CE in the Muziris Papyrus. From the Middle Ages, we have more evidence of European travellers sniffing their way back to South Asia, seeking the sources of fragrant comestibles. Spices were essential to rebalance the humours according to the contemporary theory on health. They combined the magic of the Garden of Eden with the curative superfoods of the time. Frankincense, camphor and myrrh provided the aroma of sanctity inhaled at church services. In the early 15th century, the long, unruly logistical chain, coupled with elite demand and profiteering, raised the Venetian price of some spices to 100 times that paid in the Moluccas.

Every fashion cycle creates its own limits. When everyone is wearing mini-skirts, maxis become the next big thing; anything less would be indistinguishable from day-before-yesterday’s trend. By the 17th century, the European appetite for spices and aromatics peaked. With spices so accessible in Europe, the elites started pulling away. French countesses travelling on the peripheries of Poland and Spain could be heard complaining about the unpleasant reek of saffron and cinnamon in their foods. The 17th-century French writer Nicolas de Bonnefons asserted the new orthodoxy: “Cabbage soup should taste of cabbage, leeks of leeks, turnips of turnips.” The rejection of spices and vinegar-based sauces for more butter-and cream-based herbed ones marked the shift within French gastronomy towards a new essentialism, the sine qua non of European haute cuisine.

This also moved elite European tastes away from those of elites in Arab, Persian, and South Asian courts, who would continue to prefer complex, aromatic and sweet-and-sour culinary constructions. Here, elevation was not in the use of spices per se, but in the selection of prohibitive ones — saffron as opposed to the cheaper turmeric to lend a vibrant colour — and labour-intensive techniques: Rice dishes bejewelled with pomegranate seeds, stuffed and layered breads, hand-squeezed sherbets, and finely-ground koftas and kebabs, as found in the Ni’matnama of the sultans of Mandu and Kar-name (The Manual), the 16th-century Persian cookbook compiled by Haji Mohammad Ali Bavarci Baqdadi.

The layered aromatic constructions of these court cuisines, where camphor, ambergris, cardamom and clove ruled, would filter down societal strata to create versions of perfumed biryanis, pilafs, kebabs, and stews that would eventually find homes in restaurants everywhere, including migrant enclaves in the New World. By then, “spiciness” would be seen by Euro-American commentators as a metonym for the food of poor migrants — as “ethnic food,” not haute cuisine — in the wake of mass migration from the Mediterranean region and the Ottoman periphery. Even Sicilians would be scorned for their garlicky food, said to increase cravings for alcohol. Olive oil was dismissed as greasy and spicy deep into the 20th century until the upward mobility of Italians themselves began.

In the book The Ethnic Restaurateur, I describe how the hierarchy of taste changes as class and race relations are transformed. French, Japanese, New American, and Italian top the list that American customers are willing to pay well for, while Indian, Chinese, and Thai round out the bottom. Thus, it is not surprising that the World’s Top 50 restaurant lists are dominated by French, Italian, New American, and Japanese restaurants while we see almost none from mainland China, sub-Saharan Africa, South Asia or the Arab world, home to more than half of the world’s population and more varieties of cuisine, including court cuisines, than elsewhere. In fact, Western critics often use Japanese instances of naturalism that parallel European haute cuisine principles to claim universal approbation for their narrow concept of good food. When Weingarten condemns “garbage sushi” but not sushi, nor Japanese food as a whole, it stands in sharp contrast to his wholesale condemnation of all Indian food, conforming to the prevailing hierarchy while avoiding the charge of white supremacy.

North American palates are undergoing the next great transformation in taste but that transformation looks fractious, generational and gendered. Far from setting himself apart, Weingarten’s inability to distinguish spices, even his description of curry as a spice, reflects the dying norm within Euro-American hierarchy with predictable, ill-informed
unoriginality.

61-year-old Telangana man shot dead by teenager in US

‘Don’t look to superstars to speak up’, says Frieda Pinto