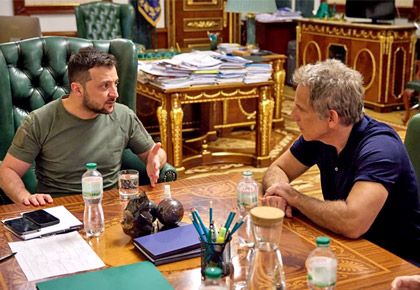 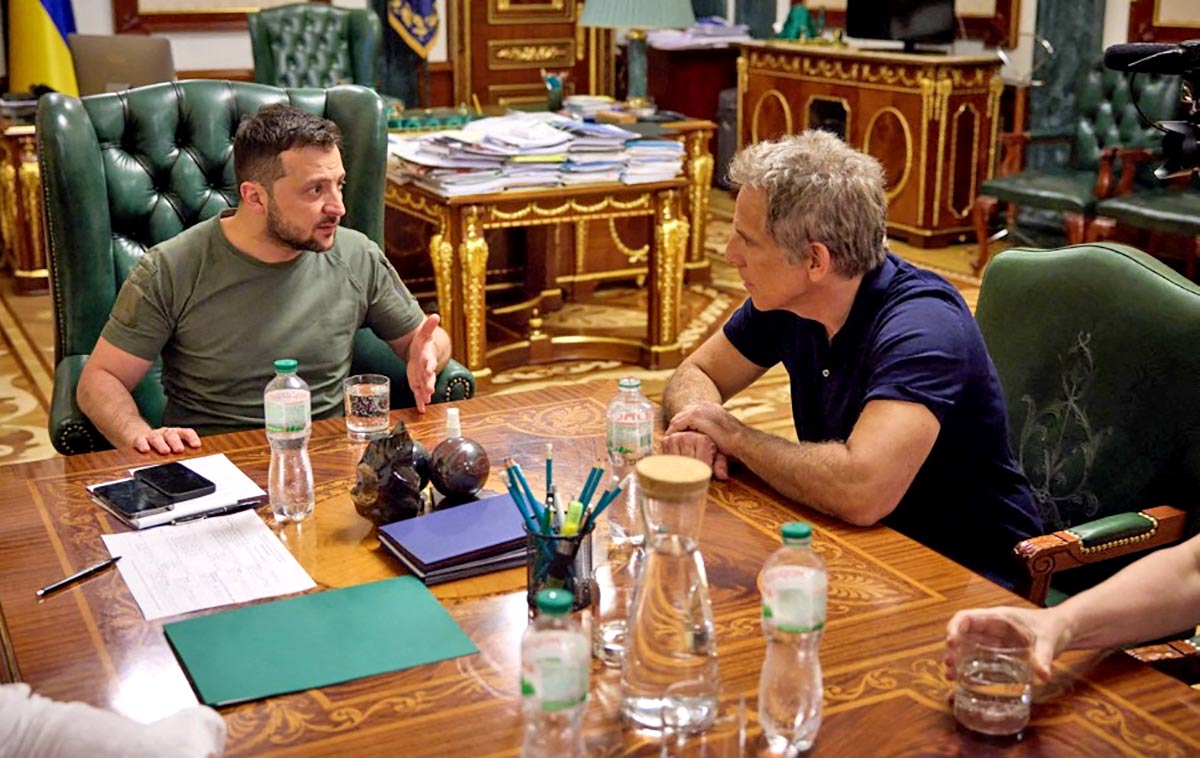 IMAGE: ‘It’s a great honour for me,’ Stiller told Zelenskyy when they met in Kyiv, ‘You’re my hero.’
All photograph: Ukrainian Presidential Press Service/Handout/Reuters 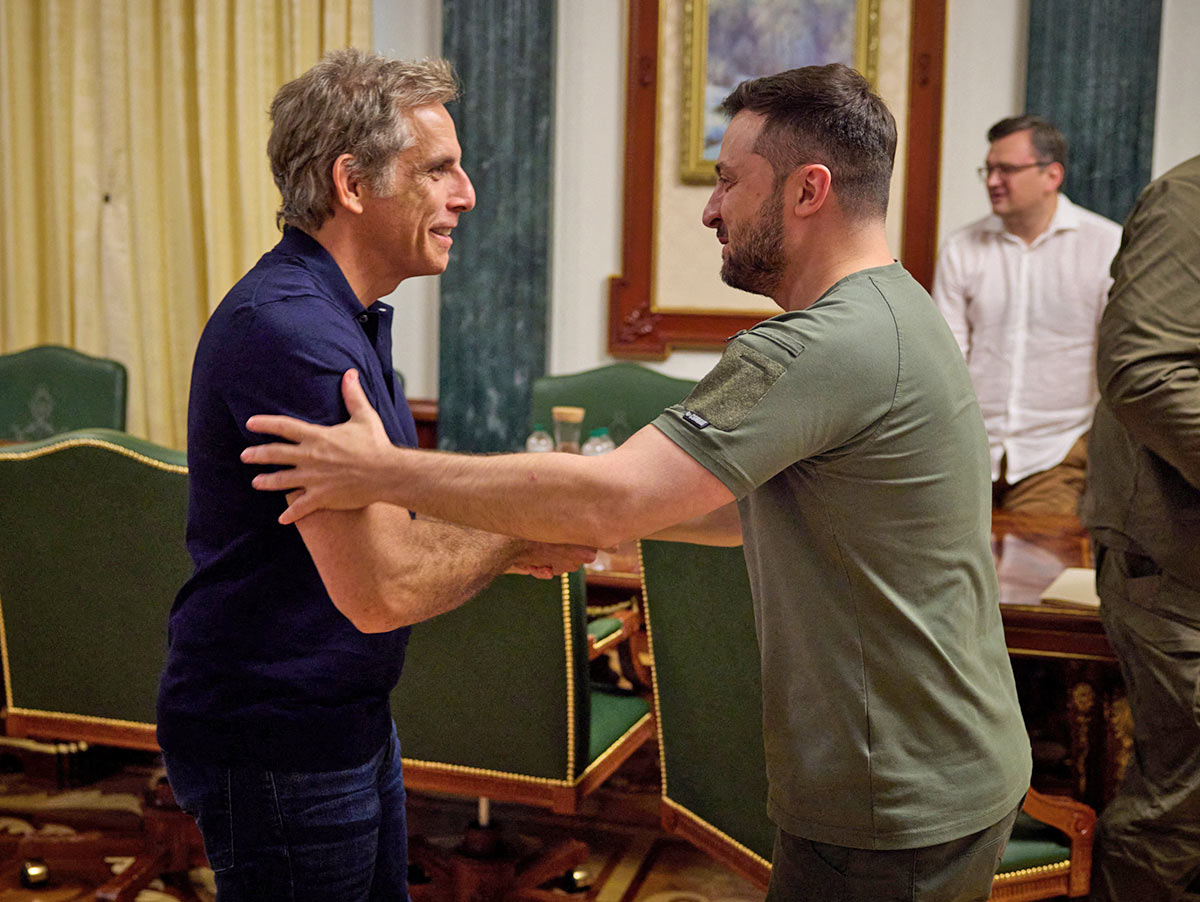 IMAGE: Before he was elected Ukraine’s president, Zelenskyy was a well known television comedian (you can watch his shows on Netflix; one of our colleagues assures us, they are funny).
Stiller, who we know from his hilarious roles in There’s Something About Mary, Meet The Fockers and the Night At The Museum movies, to Zelenskyy: ‘The way that you’ve rallied the country, the world….You quit a great acting career for this.’
According to The Washington Post, Volodymyr to Ben: ‘Not so great as you!’ 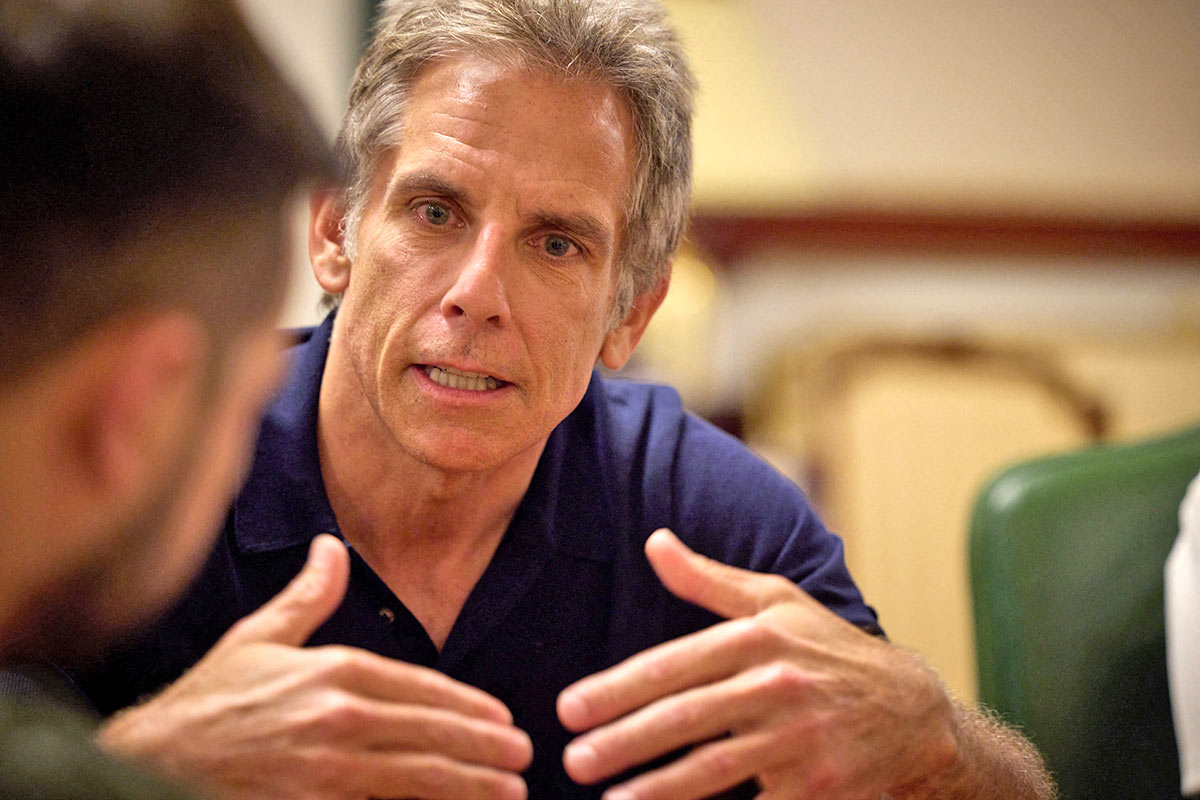 IMAGE: Speaking to the BBC, Stiller, who toured parts of Ukraine and met with Ukrainian refugees in Poland, observed: ‘The thing that gets me is these are just people like you and I who have been caught in a circumstance totally beyond their control.’
‘And nobody wants to flee from their home, nobody wants to have to go out into the world and have to start afresh, or even just trying to find a way to survive.’
‘These people are just living their lives: Mothers, fathers, families, friends.’

Solution cannot be found in systems that caused the climate emergency

Trump says Google is committed to US not Chinese military