The Father of the Nation said he had not hesitated to count many of the merits of Kasturba in his autobiography, but “she has got weaknesses too which mar these virtues.” 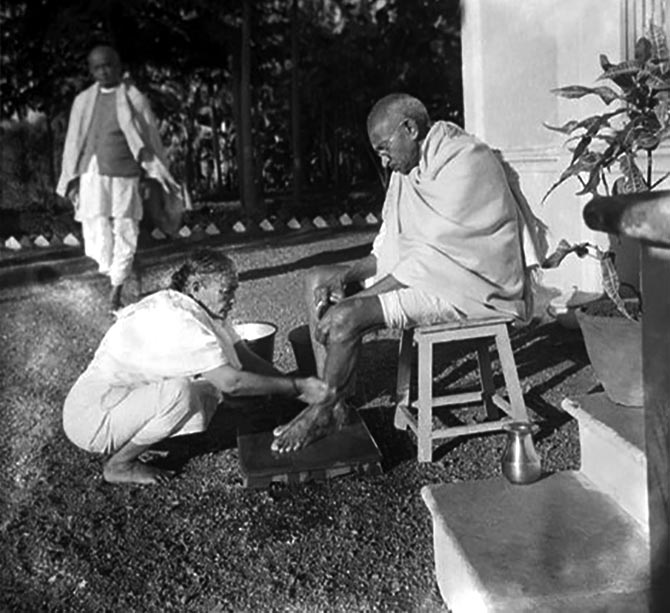 The act of Kasturba Gandhi of keeping Rs 4 with her ‘unlawfully’ had irked the Father of the Nation, Mahatma Gandhi and prompted him to write an article about her lapse, records show.

At a time when the world is set to celebrate his 150th birth anniversary on Tuesday, a 1929 article which appeared in ‘Navajivan’, a weekly newspaper published by Gandhi, reveals his uncompromising stand for truth and ethics.

In the article titled, “My Sorrow, My Shame”, Gandhi had criticised the shortcomings of some of the inmates, including his wife Kasturba at his ashram in Ahmedabad in Gujarat.

He also gave an explanation at the outset on why he decided to write this article.

“Ultimately, I came to the conclusion that it would be a breach of duty if I did not,” Gandhji pointed out.

The Father of the Nation said he had not hesitated to count many of the merits of Kasturba in his autobiography, but “she has got weaknesses too which mar these virtues.”

Although she had given away all the money considering it to be the duty of a wife, “an ununderstandable, worldly desire still persists” in her, the Mahatma noted.

“A year or two back, she (Kasturba) had kept with her one or two hundred rupees which were received as presents from various persons on various occasions,” he wrote.

“The rule (at the ashram) is that she cannot keep anything as hers, even when it is given for her. So this keeping of money was unlawful,” Gandhiji said.

With a tinge of sarcasm, he said his wife’s “delinquency” was detected following the arrival of some thieves at the ashram.

“Fortunately for her and for the mandir (ashram), once thieves entered her room. They did not get anything, but her delinquency was detected owing to their coming,” he wrote.

Though Kasturba repented sincerely, it was proved “short lived”, Mahatma said, adding that a real change of heart had not taken place and the “fascination for treasuring money” had not vanished.

“Some days back, some strangers presented four rupees. Instead of giving away the money to the office, according to the usual rule, she kept it with herself.”

Referring to the act as “theft” in the article, Gandhi said one of the inmates had later pointed to her about the mistake, leaving her repentant.

In all humility, she gave back the money and vowed that such a thing would not be repeated.

“I believe hers was a honest repentance. She has taken a vow that she would leave me and the mandir, if any other lapse committed in the past is detected, or if she is caught doing the same thing again in future.

The mandir has accepted her repentance,” Gandhi added.

Freedom fighter and staunch Gandhian Ayyappan Pillai, said to be 106 years old, said there is nothing to be amused if Kasturba’s trivial lapse formed the subject of Mahatma’s article.

“Gandhiji was a living legend and avatar of truthfulness. He was the personification of self-righteousness and wanted everyone around him to be morally correct and transparent,” he said.

Gandhi, however, had also waxed eloquent about the virtues and good qualities of his wife in the same article.

“I consider her life to be pure. She has sacrificed a great deal thinking it to be her duty as a wife… She has not stood in the way of my renunciation,” Gandhiji added.

Bombay HC judge: War and Peace about another country, so why keep it?

As Avadi Corporation turns one, RWAs hand out progress report

‘We waste water in the most trivial ways’

As Avadi Corporation turns one, RWAs hand out progress report

‘My pillar to lean on’: Ishaan Khatter thanks brother Shahid Kapoor, posts long note on Guru Purnima
We and our partners use cookies on this site to improve our service, perform analytics, personalize advertising, measure advertising performance, and remember website preferences.Ok