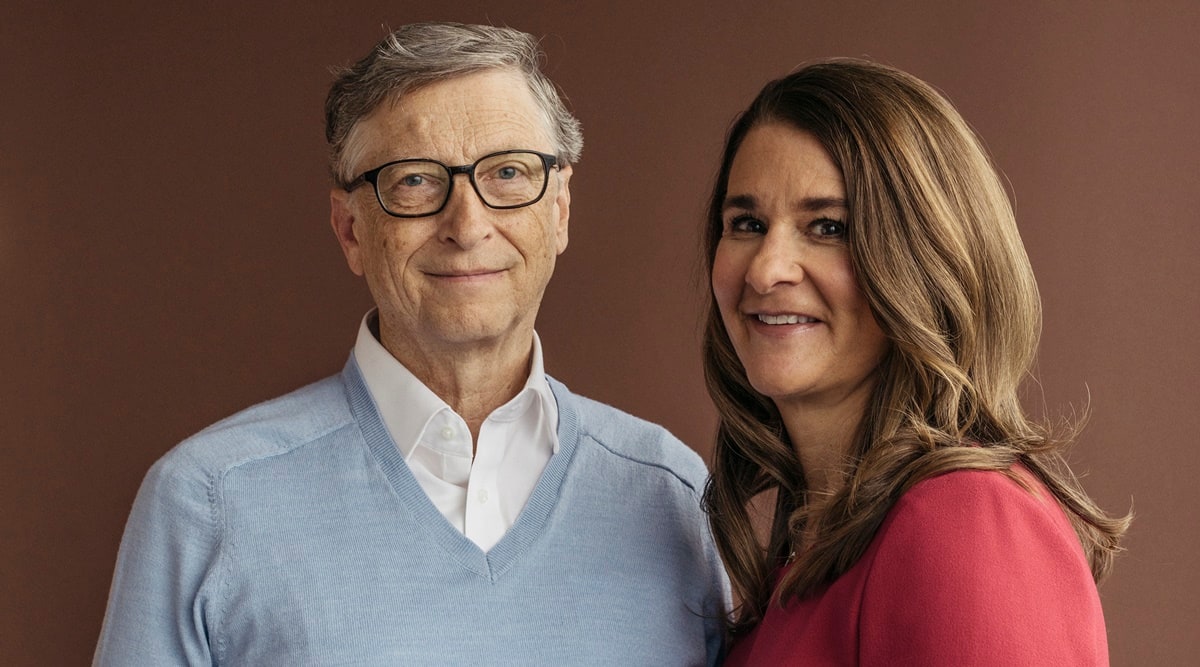 The Bill and Melinda Gates Foundation started with ambitions that, by its lofty standards today, appear almost quaint: providing free internet access to public libraries in the United States. As its founders’ objectives grew in scope, so did the foundation’s reach, until it achieved its current position as the preeminent private institution in global public health.

With 1,600 staff members directing $5 billion in annual grants to 135 countries around the globe, the Gates Foundation set a new standard for private philanthropy in the 21st century.

All of that was thrown into question Monday when the world learned that the foundation’s co-chairs, who had been married for 27 years, filed for divorce in Washington state. Grant recipients and staff members alike wondered what would happen and whether it might affect the mission.

While noting that it was “obviously a difficult time of personal change for” the couple, Suzman added that “Bill and Melinda asked me explicitly to express their deep gratitude for everything you do every day, particularly during the COVID-19 crisis, as well as for your support and understanding in this difficult time.”

The foundation’s $50 billion endowment is in a charitable trust that is irrevocable. It cannot be removed or divided up as a marital asset, said Megan Tompkins-Stange, a professor of public policy and scholar of philanthropy at the University of Michigan. She noted, however, that there was no legal mandate that would prevent them from changing course.

“I think there may be changes to come,” she said. “But I don’t see it as a big asteroid landing on the field of philanthropy as some of the hyperbole around this has indicated.”

Bill Gates has been an object of fascination in the United States almost from the moment he came on the scene as a founder of Microsoft, the prototypical computer genius turned entrepreneur, the nerdy foil to Steve Jobs and his black turtlenecks and arty designs. He became the richest man in the world, and with the Justice Department’s 1998 antitrust case against Microsoft, he was heralded as the new John D. Rockefeller, for better and worse.

But in the decades since, he has transformed his image through the work he and Melinda Gates jointly pursued with the foundation, becoming best known for his generosity rather than his ruthlessness in business. The nearly $55 billion that the Gates Foundation has given away also gave the couple instant access to heads of state and leaders of industry.

Melinda Gates has had her own growing profile, both through her work for the foundation as well as her firm, Pivotal Ventures, which she has used since 2015 to invest in causes related to women’s economic empowerment. Some observers noted that Gates had added her maiden name, French, to her Twitter profile.

The couple deployed their connections last year in response to the pandemic, calling leaders like Chancellor Angela Merkel of Germany and Crown Prince Mohammed bin Zayed of Abu Dhabi to drum up support for their plans. The foundation has committed $1.75 billion so far to its COVID-19 response and played a key role in shaping the global deal to bring vaccines to poor countries.

That prominence has also brought a fair share of scrutiny, throwing a spotlight on Bill Gates’ robust defense of intellectual property rights — in this case, specific to vaccine patents — even in a time of extreme crisis, as well as the larger question of how unelected wealthy individuals can play such an outsize part on the global stage.

“In a civil society that is democratic, one couple’s personal choices shouldn’t lead university research centers, service providers and nonprofits to really question whether they’ll be able to continue,” said Maribel Morey, founding executive director of the Miami Institute for the Social Sciences. Melinda Gates filed the petition for divorce Monday in Superior Court in King County, Washington, calling the marriage “irretrievably broken” and asking the court to dissolve it. In her filing, Gates said the couple were already separated. She signed the form in Bellevue, Washington, and Bill Gates signed his part in Palm Desert, California, near where they own a home.

The petition said the couple had a separation contract in place. Filings with the Securities and Exchange Commission show transfers on Monday of millions of shares of Canadian National Railway and AutoNation worth a combined $1.8 billion to Melinda Gates from Cascade Investment, a holding company for Bill Gates.

An enormous fortune by almost any standard, the $1.8 billion is less than 2% of the Forbes estimate of Bill Gates’ total worth and presumably just one small step in the ultimate division of the couple’s marital assets. The transfers were reported earlier by Bloomberg.

Before the news of the divorce broke, the Gates Foundation had been in the midst of a period of upheaval. The pandemic shuttered its headquarters in Seattle even as staff members drawn from the top ranks of government health agencies and the pharmaceutical industry worked to muster a response to the deadly, rapidly spreading new coronavirus. 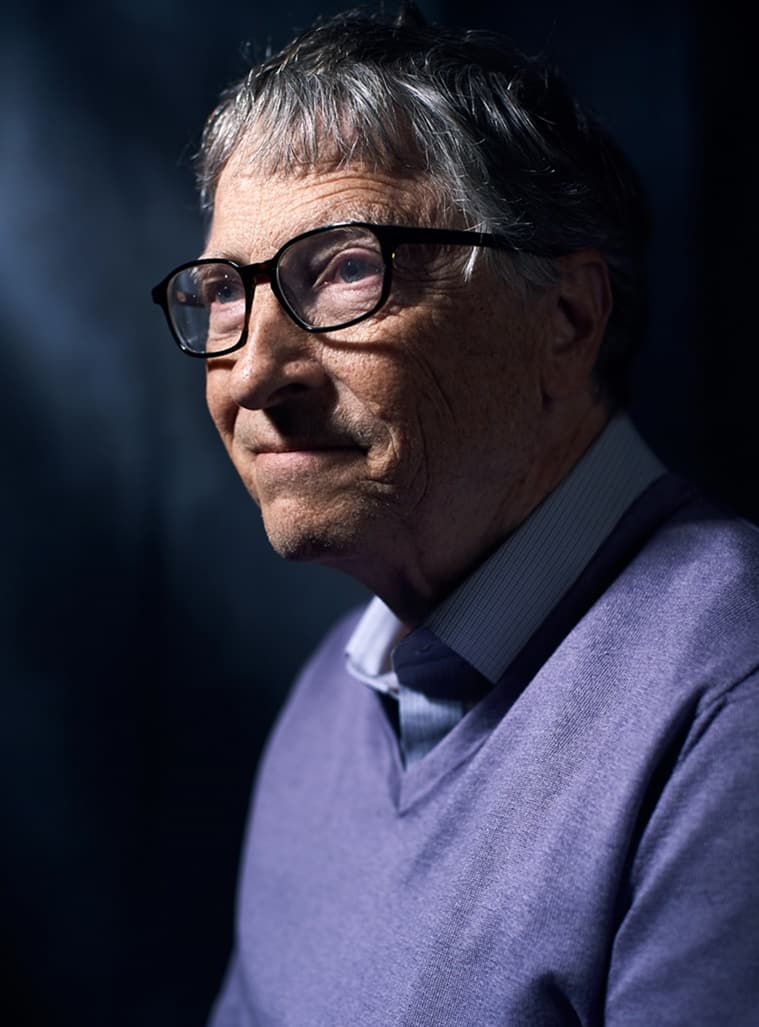 And as Bill Gates’ public profile during the pandemic grew, so did spurious conspiracy theories such as that the global immunization effort was a cover for him to implant microchips to track people, blatantly false but still damaging as misinformation increased vaccine hesitancy.

Then Gates’ father, Bill Gates Sr., also a foundation co-chair, died in September. The elder Gates had initially taken the lead on his son’s charitable endeavors while the younger Gates was still at the helm of Microsoft. Bill Gates Sr. was viewed by many as a calm voice and a moral compass within the organization, even as he had stepped back in recent years.

Morey said the recent changes could also present an opportunity to create a large, diverse board while increasing visibility into the foundation’s decision-making. “Part of the anxiety is coming from the lack of transparency in the day-to-day activities of the Gates Foundation,” she said. The Gateses had faced struggles in their marriage in recent years and even moments where it neared collapse, according to people close to them. Now that they have made the rupture formal and legal, many in their orbit are scrambling to try to figure out what that means for the foundation. Some are concerned that Melinda Gates will put more effort into Pivotal Ventures while Bill Gates spends even more time on his own private office, Gates Ventures. Others describe such fears as overblown.

“Bill and Melinda have always had their separate ventures. They’ve each always spent time on that and spent time on their foundation,” said Greg Ratliff, senior vice president at Rockefeller Philanthropy Advisors, who worked at the Gates Foundation for a decade. “It’s going to continue to be a great, influential foundation, and each of them individually will be as influential as I think they were collectively.”

While it seems clear that the foundation will move forward with its vast resources, there remains the question of the Gates fortune, which Forbes estimates at $124 billion. The divorce won’t affect the money that has already been given to the foundation trust, but the couple may devote less money to it over time than they would have if they had stayed together.

“People are right to feel unmoored in terms of the direction of the foundation,” said Tompkins-Stange of the University of Michigan. “There’s a lot of ambiguity, as there might be in any divorce situation, but they seem committed to co-parenting the foundation.”

After troll Mahesh Babu accepts his mistake and thanks Puri Jagannadh