The Indian Express explains the nuances of the competition, what it entails and what precautions are taken by the Army to prevent such casualties during such events. 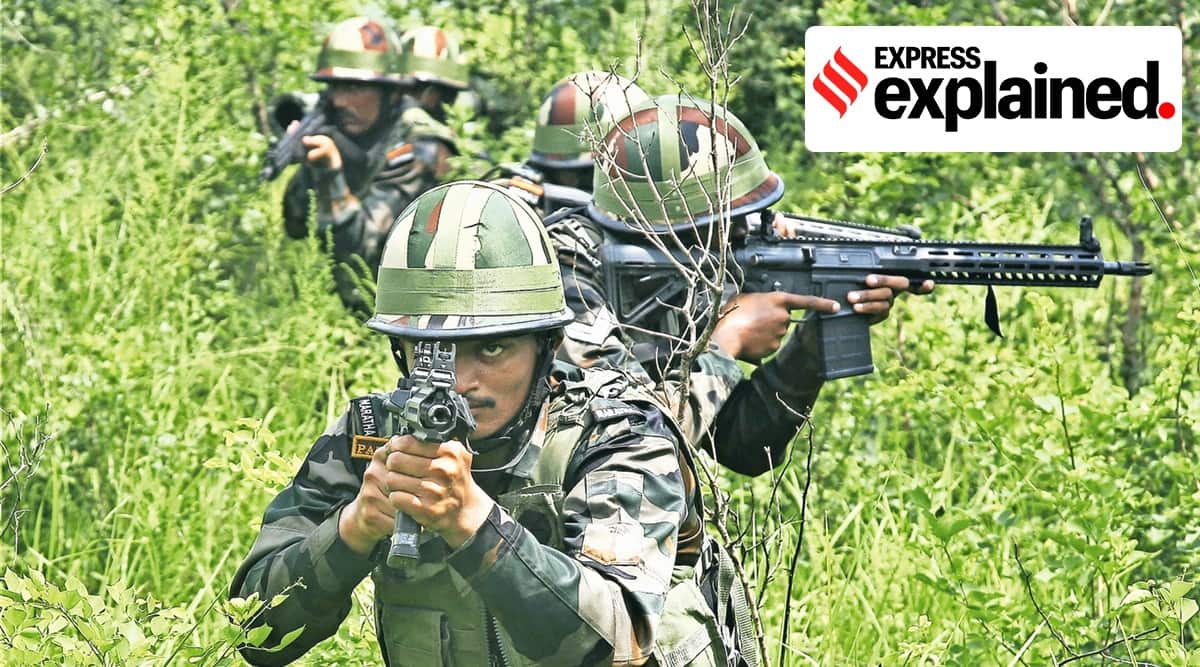 One soldier died and more than three dozen had to be hospitalised for heat stroke symptoms after taking part in a Corps Level Recce Troop Competition organised by the Army at the Mamum Military Station near Pathankot a week back. The Indian Express explains the nuances of the competition, what it entails and what precautions are taken by the Army to prevent such casualties during such events.

What kind of competition were the Army officers and jawans taking part in?

What is a recce troop?

Reconnaissance or recce troop is a section level sub unit in every armoured regiment and mechanised infantry battalion of the Army. A section means that it comprises approximately one officer and 30 jawans. The recce troop is supposed to be the eyes and ears of the unit as well as the higher formations as, in a war, they are supposed to operate ahead of the main unit and keep an eye on the activities of the enemy. The recce troop is equipped with light four-wheeled vehicles and also have specialised equipment, which can help keep a tab on the enemy forces in the area. The soldiers who form part of the recce troop are supposed to be among the best in the unit and capable of operating in highly adverse conditions.

What exactly is a recce troops competition?

A recce troops competition, as the name suggests, is an inter-unit competition in which the recce troops of the respective units are pitted against each other to test their skills. According to Major General Yash Mor (retd), who has conducted many such events and even participated and been adjudged the best in several, these skills may involve mapping a certain area, marking a helipad in advanced location near enemy location, locating and identifying enemy resources, negotiating to pre-identified points on a map’s grid location within a specified time frame, ability to read the signboards written in the enemy’s native language and physical endurance of the officers and jawans who are taking part in the competition. In the competition held at Mamun Military Station, 11 officers, 11 JCOs and 120 jawans were taking part. It was in the endurance run part of the competition that the heat stroke affected several participants.

Are there any instructions regarding extreme weather conditions for such competitions?

There are weather related restrictions issued at the Command-level based on the terrain and weather conditions. These instructions are based on medical advice rendered by the Director General of Medical Services and are supposed to be followed to the maximum possible extent whenever physical training activities are undertaken. These instructions also cover heat and humidity levels and the time of the day at which such activities can be undertaken under close supervision and monitoring. For example, in hot and humid conditions it is advisable to plan these events for the early morning rather than late morning by which time the conditions may deteriorate and sap even the fittest of soldiers, says Maj Gen Mor. 📣 Express Explained is now on Telegram. Click here to join our channel (@ieexplained) and stay updated with the latest

What is the condition of the soldiers who needed medical attention during this competition?

The majority of the soldiers are on the road to recovery after having been rushed to first aid and then to the nearest Military Hospital in Pathankot. While one jawan died, two were reported to be in a serious condition initially. Sources say some of the affected individuals have been admitted to the Army Hospital (Research and Referral) in New Delhi for further treatment where their condition is said to be serious.

Coronavirus factbox: Why maintaining one metre distance is important for prevention