Several private universities resumed classes in the country as photographs of students sitting in classrooms partitioned with curtains made rounds on social media, shortly after the Taliban's announcement. 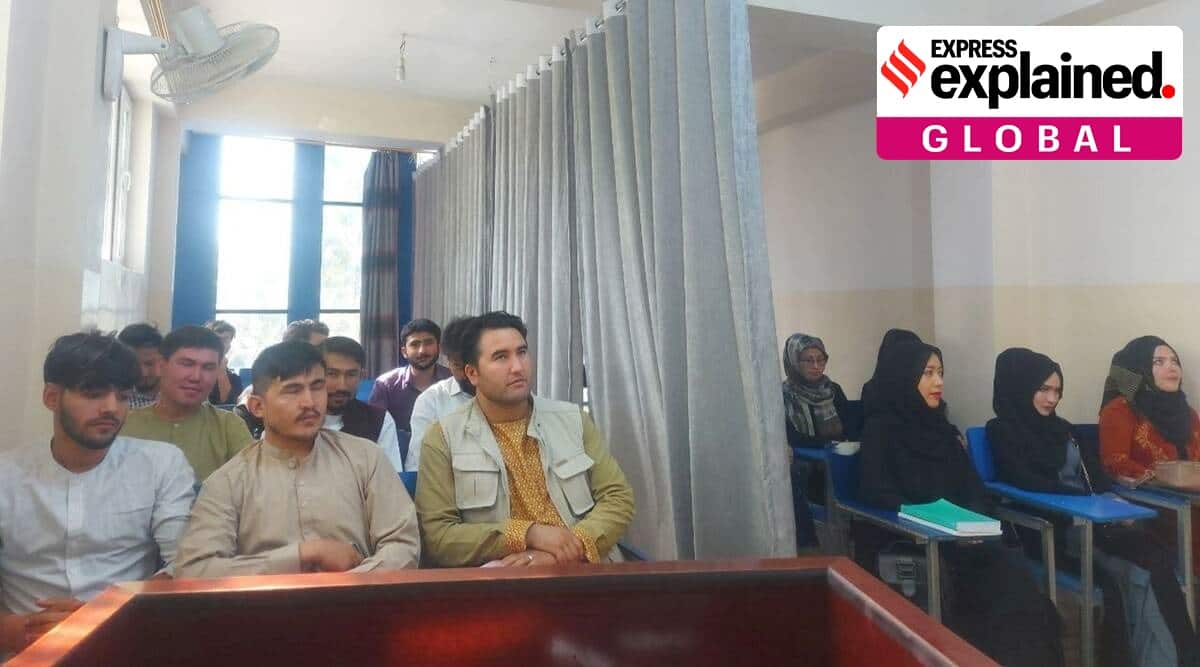 Ever since the Taliban took over Afghanistan, the plight of women in the country has been the focus of discussion across the world. During its previous government (1996-2001), the Taliban had banned girls from schools and educational institutes.

Earlier this week, the group’s newly formed all-male interim government allowed female students to attend private universities but with harsh restrictions. Several private universities resumed classes in the country as photographs of students sitting in classrooms partitioned with curtains made rounds on social media, shortly after the Taliban’s announcement.

What have the Taliban said?
The all-male interim government laid out a set of policies at a news conference, stating rules to be followed by female students. The women would be expected to follow a strict dress code as accepted by Taliban’s interpretation of Islam and wear a hijab while attending classes, segregated from the male students.

The government has also advised that separate entrances be created for males and females. Universities should either set up different time schedules or ensure that their is partition in the middle of the classroom for segregation of both the genders. 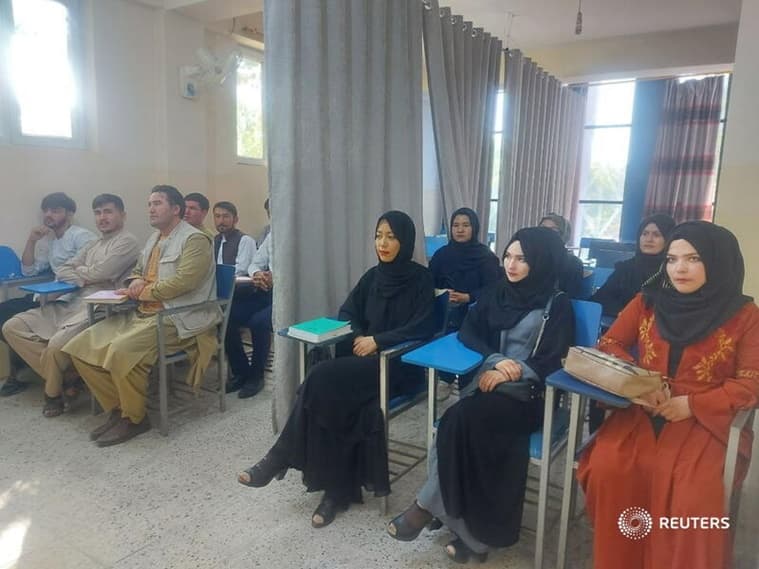 Earlier in August, a Taliban representative had said that virtuous female lecturers would be allowed to teach only female students but not the male ones, while banning co-education in the Herat province.

According to a report by the Wall Street Journal, when Kabul’s Ghalib University reopened, only 21 female students showed up to attend classes. The private university once had 2,400 students, of which 60 per cent were women.

While towards the end of the week, the number rose to 200, the university found it hard to organise classes as most of its teaching staff fled away after the Taliban’s take over.

Similarly, the director of the Gharjistan University told news agency AFP that only 10 to 20 per cent of the 1,000 students who had enrolled last year, came to campus last week. He estimated that at least 30 per cent of the students had left with the collapse of the Afghanistan government.

A Guardian report cites a student in Kandahar whose university informed her that it couldn’t teach male and female students separately. Meanwhile, a professor at Herat University pointed out another shortcoming of the policy, stating that for some subjects, several female students had enrolled but they did not have a female professor to teach them. He noted that several women had already dropped out of courses. Female students and teachers have also expressed safety concerns as several of them fearing walking in the streets, let alone attend universities.

The lack of students is a huge step back from the transformation Afghanistan had seen in the 20 years without the Taliban rule. According to UNESCO’s report, female literacy rate almost doubled from 17 per cent to 30 per cent since 2001.

“Progress on female enrolment, was particularly striking: the number of girls in primary school increased from almost zero in 2001 to 2.5 million in 2018. In 2021, 4 out of 10 students in primary education are girls,” a press release by the UNESCO states.

In Kulbhushan Jadhav case, the only dissenting voice in UN court panel is Pakistan judge