While no one was named in the purported speech by Dilip Ghosh, known for his controversial comments in the past, most commentators took the comments to be directed at Banerjee. 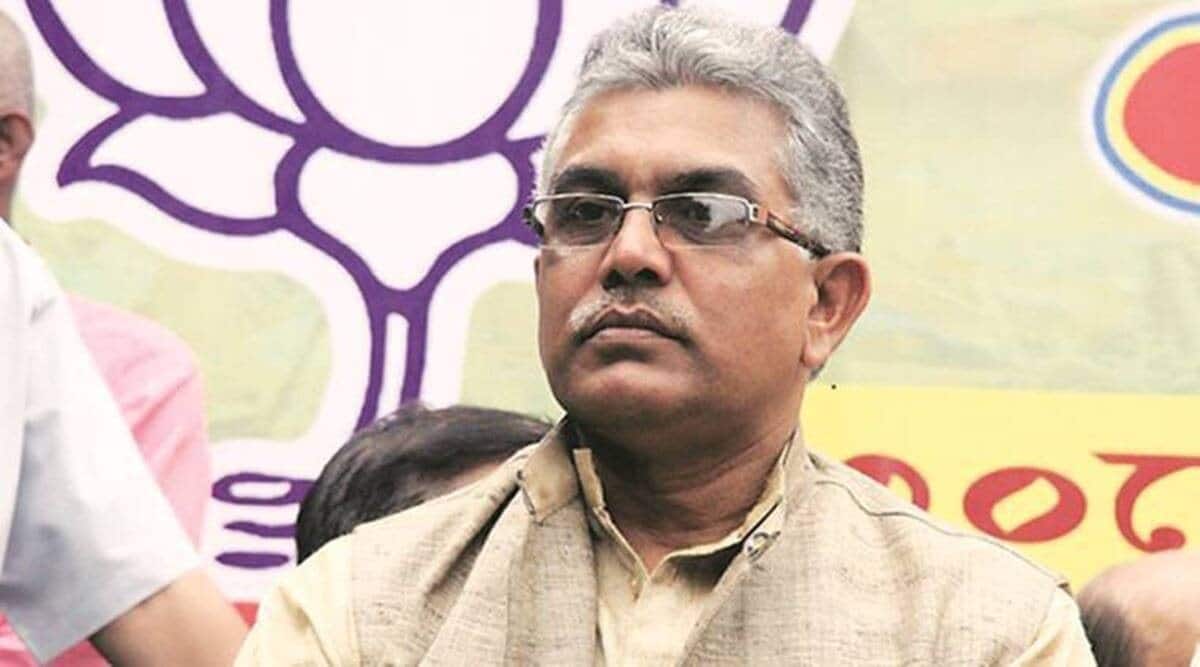 A video of BJP state president Dilip Ghosh apparently suggesting West Bengal Chief Minister should wear bermuda shorts to display her injured leg has triggered controversy with the ruling TMC slamming it as a “distasteful comment” and women expressing outrage over the remark in social media.

While no one was named in the purported speech by Ghosh, known for his controversial comments in the past, most commentators took the comments to be directed at Banerjee.

In the video, veracity of which could not be confirmed by PTI, Ghosh was seen stating at an election meeting in Purulia on Monday that after the cast was taken off and the foot was bandaged, she is displaying the leg to everyone.

“….she is wearing saree with one leg covered but kept another kept open for viewing. Haven’t seen anyone draping a saree in such a way.

“If she has to display her leg for viewing, she can very well wear bermuda shorts. That will help to have a better view,” the BJP MP was purportedly heard stating.

Sharply reacting to the purported comment by the BJP leader, the Trinamool Congress (TMC) said in a Twitter post in Bengali, “We can expect such distasteful comments only from Dilip Ghosh.

“His deplorable comments about a woman chief minister proves Bengal BJP leaders don’t know how to show respect to women.

“Mothers and sisters of Bengal will give a befitting reply to such insults to Mamata Banerjee on May 2.”

Trinamool Congress MP Kakoli Ghosh Dastidar said in a tweet, “It now appears that the role of @BJP4Bengal State President has been merely reduced to that of venom-spitting. From scathing attacks towards the CM of Bengal to violence towards @AITCofficial workers – he has conveniently crossed all limits.Shocking words, once again!”

“And these perverted … (people) think they are going to win Bengal?

BJP spokesperson Shamik Bhattacharya told PTI, there was no need to create a controversy over the remark.

“I think such comments should not be taken seriously. The chief minister makes many intemperate remarks against the BJP and our leaders at public meetings. Dilip Ghosh is a generous person. Even if he made such a comment at a rally, it has to be kept in mind that many things are said at election meetings which should not be always considered seriously.

“Ghosh has great respect for the chief minister. So no controversy should be created,” Bhattacharya said.

Ghosh who was campaigning in Purulia district on Tuesday could not be reached for his reaction.

The BJP state president has earlier been in the midst of controversies for his comments which ranged from claims that `desi’ (Indian) cows milk have gold content to demands that Balakot-like surgical strikes be carried out on Jadavpur university to drive out communists.

“Dear Dilipda. If men can go out in public in bermuda shorts baring their legs, women hope you shouldn’t have any issue with them wearing bermudas as well.

“It is very comfortable for both genders. And certainly the CM can wear it if she wishes,” Chaitali Biswas, a Facebook user, posted in her timeline inviting many likes.

The chief minister sustained injuries on her left leg, hip, forearm, neck and shoulder at an incident in Nandigram soon after filing her nomination papers on March 10.

She had alleged that the BJP hatched a conspiracy to prevent her from campaigning by organising an attack, a charge denied by the saffron camp.

The Election Commission had concluded that the chief minister had suffered injuries following an accident, due to a security lapse.

Focus on Shaw, Rahane as Mumbai take on Karnataka