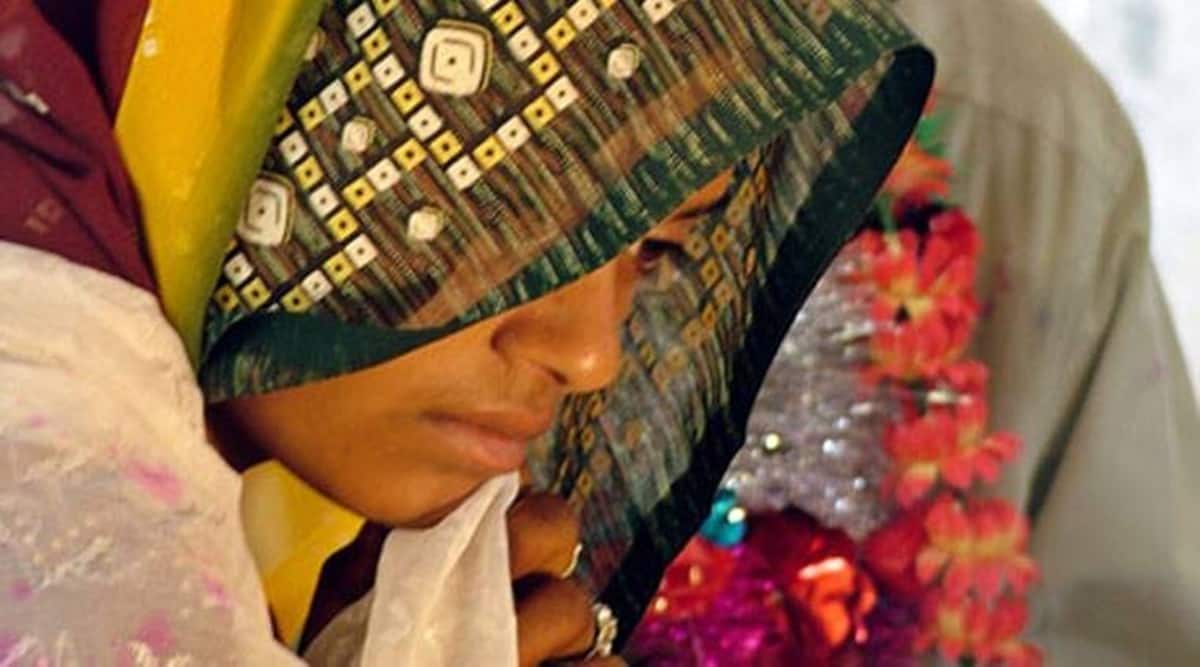 At a children’s gram sabha two years ago, a schoolgirl stood up to say her mother was forcing her into marriage. Her face was taut with pain as she spoke. Her classmates did not take their eyes off her face; they recognised their friend’s reality. That girl’s child marriage was prevented, and she is continuing her studies – but we need to talk about child marriage. Teenage girls should be in school and achieving — not married off before they attain adulthood.

Reports suggest that more child marriages have been noticed during the Covid pandemic. However, data from the fourth round of the National Family Health Survey (NFHS4) in 2015-16 shows that even before Covid, one in four girls in India was being married before 18. Around 8 per cent of women aged 15-19 years were mothers or pregnant at the time of the survey. The first phase findings of NFHS5 (2019-20) show that the needle has not moved substantially on ending child marriage.

Conditional cash transfers (CCTs) have been the main policy instrument introduced by most states in the last two decades to end child marriage. However, with one-size-fits-all conditions, that may not always be responsive to the lived realities of teenage girls. CCTs alone cannot change social norms. We need a comprehensive approach.

Child marriages happen within a social and economic context, embedded in a set of beliefs about the status of women and girls, and their role as wives and mothers. Associated with these are the reality of domestic labour and care work performed by women; a belief that girls need to marry early for safety and protection; and apprehensions about the risk to family honour or economic burden. High levels of child marriage reflect discrimination and lack of opportunities for women and girls in society.

Child marriage violates girls’ human rights. It makes them almost invisible to policy. It cuts short their education, harms their health, and limits their ability to fulfil themselves as productive individuals participating fully in society. The low domestic status of teenage wives typically condemns them to long hours of domestic labour; poor nutrition and anaemia; social isolation; domestic violence; early childbearing; and few decision-making powers within the home. Poor education, malnutrition, and early pregnancy lead to low birth weight of babies, perpetuating the intergenerational cycle of malnutrition. The costs of child marriage include teenage pregnancy, population growth, child stunting, poor learning outcomes for children and the loss of women’s participation in the workforce.

What, then, should be the policy interventions to end child marriage? Legislation is one part of the approach. Karnataka amended the Prohibition of Child Marriage Act in 2017, declaring every child marriage void ab initio, making it a cognisable offence, and introducing a minimum period of rigorous imprisonment for all who enable a child marriage.

Other drivers of social change must play a fundamental role. These include expansion of secondary education, access to safe and affordable public transport, and support for young women to apply their education to earn a livelihood. Expansion of education goes beyond access. Girls must be able to attend school regularly, remain there, and achieve. States can leverage their network of residential schools, girls’ hostels, and public transport, especially in underserved areas, to ensure that teenage girls do not get pushed out of education. Girls’ clubs should be systematically formed in high school to provide informal social networks for group study, solidarity, and resilience. Teachers should hold regular gender equality conversations with high school girls and boys to shape progressive attitudes that will sustain into adulthood.

Empowerment measures, too, are required to end child marriage, such as community engagement through programmes like Mahila Samakhya. Children’s village assemblies in the 2.5 lakh gram panchayats across India can provide a platform for children to voice their concerns.

Governmental action can drive social change. Field bureaucrats across multiple departments, including teachers, anganwadi supervisors, panchayat and revenue staff, all of whom interact with rural communities, should be notified as child marriage prohibition officers. Finally, and most important of all, decentralising birth and marriage registration to gram panchayats will protect women and girls with essential age and marriage documents, thus better enabling them to claim their rights.

This column first appeared in the print edition on November 24, 2021 under the title ‘Save her childhood’. The writer is in the IAS. Views are personal

Kerala to regulate entry of those from red zones

Taiwan elections, violent protests in Haiti, and other news in pictures