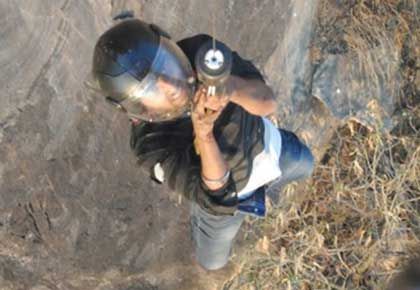 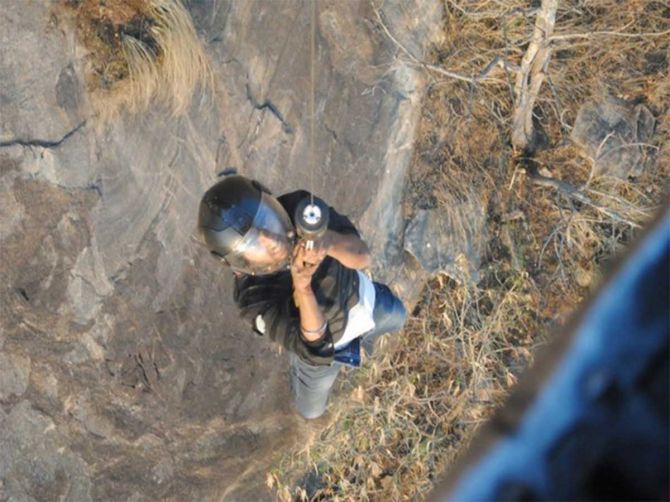 It was a dangerous and tricky rescue. The IAF was called to help and they did their job well.

That took place in south India. In India’s extreme north, under conditions of extreme cold, an ITBP commandant showed why India has one of the best defence forces in the world.

For celeb watchers, Kareena, Anushka and Virat were spotted around Mumbai.

And these are just some of the videos in our round-up, chosen by you, through your likes on iShare.

It was the last thing 19-year-old Nishank expected when he went trekking in Karnataka’s Nandi Hills on February 20.

The Bengaluru-based engineering student — who was trekking alone — fell 300 feet from a steep cliff.

Luckily, he landed on a rocky ledge with his presence of mind intact.

He called the police and shared his location.

They reached out to the Indian Air Force, whose nearest base is at Yelahanka, which is about 45 km away by road.

An Mi-17 helicopter was immediate dispatched and, with guidance from the ground by the Chikkaballapur police, the daring mission was successfully executed.

Anniversaries are beautiful and meant to be celebrated.

As Air India’s AI-267 landed at Male airport, it was welcomed with a water cannon salute to commemorate 46 years of air service between India and the Maldives.

Air India operated its first flight from Thiruvananthapuram to Male in 1976.

The Kapoor sisters — Kareena and Karisma — were snapped outside their late uncle Rishi Kapoor’s residence in Bandra, north west Mumbai.

The sisters, who were casually dressed, looked lovely they visited their aunt Neetu Kapoor for a family get-together.

Kareena is looking forward to her next release, Laal Singh Chaddha, in which she will be seen with Aamir Khan.

Sixty-five push-ups at one go!

What’s so amazing about that, you might wonder, especially in today’s fitness-obsessed world.

Sixty-five push-ups at one go, at 17,500 feet, at -30 degrees Celsius, in Ladakh. It was a fantastic display of physical fitness presented by the Indo-Tibetan Border Police’s 55-year-old Commandant Ratan Singh Sonal.

They always look lovely together.

And their recent outing was no different.

Anushka Sharma and Virat Kohli, who were returning from a shoot, looked delightful.

Anuskha paired a white crop top with black tights while hubby Virat was equally casual in a pink tee and white shorts.

Anushka is now working on her next film, Chakda Express, while Virat readies for his 100th Test match on Friday.

Consumers upfront in tale of two reforms in Andhra Pradesh