Bhimanwar said the university was free to act against the students under its own rules, but could not cite the MCC. 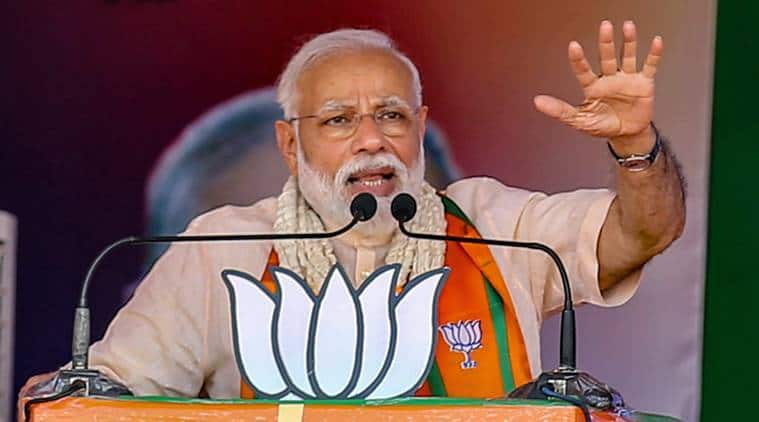 WARDHA Collector Vivek Bhimanwar has directed Mahatma Gandhi Antarrashtriya Hindi Vishwavidyalaya (MGAHV) to revoke expulsion letters issued to six students over a dharna and a letter to Prime Minister Narendra Modi, citing the model code of conduct (MCC) for the coming elections, saying it had no authority to invoke it.

Bhimanwar said the university was free to act against the students under its own rules, but could not cite the MCC.

Maharashtra’s Chief Electoral Officer Baldev Singh told The Sunday Express that the MCC doesn’t apply on the campus. “The university isn’t authorised to invoke the MCC. Only the District Collector is. From our side there is no restriction on any activity on the campus.”

The university said it was yet to receive the communication from the Collector. “We will do the needful once we get it,” Registrar Kadar Nawaz Khan said. However, he ruled out revoking the action against the students, saying “the core issue was violation of discipline on campus”.

The Indian Express had reported on Saturday about the expulsion letters issued to the students on October 9, which said action was being taken against them for “violating the 2019 assembly election code and interfering in the judicial process” by organising a dharna.

The students had sent letters to Prime Minister Narendra Modi protesting against mob-lynching incidents, the alleged shielding of rape accused, the sale of PSUs, and stifling of freedom of speech, as well as to mark BSP founder Kanshi Ram’s death anniversary. Of the six expelled, three are Dalit students and three OBC.

Bhimanwar said on October 10 evening, he received the university’s letter informing him of the expulsions. “I sent MCC Nodal Officer Sachin Ombase to the university on Saturday. He told the authorities that they can’t mention the MCC as reason since they have no authority to invoke it. The Vice-Chancellor and Registrar are in Delhi. They will hopefully do the necessary correction… We have nothing to do with what action they take against their students.”

V-C Krishnakumar Singh told The Indian Express on Friday that the students were expelled “in view of the prohibition in force against protest in groups during the model code of conduct”.

Registrar Khan told The Sunday Express Saturday, “There is no question (of revoking the expulsion) since the main reason for it was them breaking campus discipline. They were refused permission for the programme and yet they gathered to hold it. That reason continues to hold.”

Asked about the allegation that backward caste students were selectively expelled, Khan said, “We have a video of the protest and these students were leading it. That’s why they were expelled, not because of their caste.”

Who’s the tallest of them all?

Explained: Why are MSMEs worst hit?

One Direction fan fiction being turned into a movie

Bryan Stevenson: 5 Things To Know About Activist Getting A People’s Choice Award From John Legend