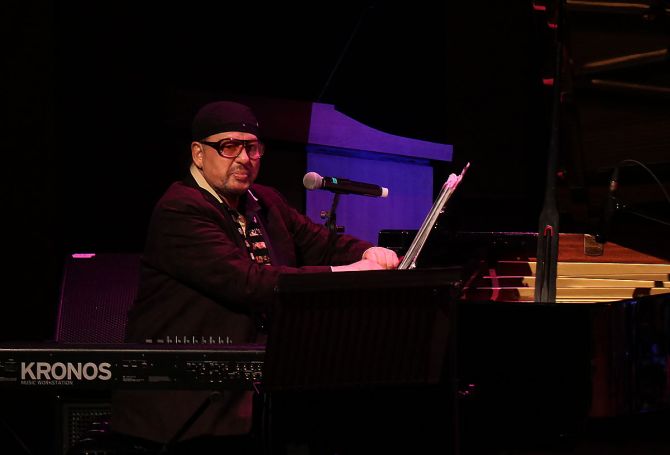 Louis Banks, looking jaunty with his ponytail and bandana, kicked off the concert celebrating International Jazz Day in Mumbai, reminding audiences that the “greatest music man ever conceived — jazz”, before heading to his piano to bring the music on.

The 11th edition of the International Jazz Festival 2022 at the Tata Theatre, National Centre for the Performing Arts, was specially curated by Louis Banks, widely known as India’s best known jazz musicians, for this iconic day, in association with UNESCO and the Herbie Hancock Institute of Jazz, showcasing, to a packed-out auditorium of serious jazz enthusiasts, some of India’s finest jazz talent.

Among them was 17-year-old Harsh Bhavsar, who masterfully played the saxophone. Harsh has been playing the saxophone from a very young age at over 700 concerts. Please see the teenager in full flow in the video below:

The crowd favourite was clearly the friendly Gino Banks. Drummer Gino began dabbling with musical instruments when he was five having grown up in a home watching his famous dad play with so many musical luminaries.

Gino has played in India and all over the world with his father Louis Banks and a range of top musicians and jazz greats like Mike Stern, Pandit Hariprasad Chaurasia, U Srinivas, Ustad Rashid Khan, the late Pandit Shivkumar Sharma, George Brooks, Taufiq Qureshi, Maske Trio, Pandit Vikku Vinayakram.

At the NCPA, Gino Banks tandom-ed with bass guitarist Sheldon D’Silva, who has a musical father too and taught him to play the guitar when he was 12. Sheldon is part of the band Nexus along with Gino and has played for Coke Studio in Pakistan.

And how can we not mention the other musical star with the chocolatey voice, who made an appearance that evening, sauntering onto the stage suddenly out of nowhere, holding a mic and looking dashing in a black jacket?

The evergreen singer, who began his career in a nightclub in New York and whose versatile voice we have heard in films, ad jingles and on his albums, sang a few numbers, which the grooving crowd lapped up and disappeared even as fans bellowed “More! More!”. The audience relentlessly begged for encores and Banks said Lawyer would return, but it was sadly a four-Gary-Lawyer-song night. 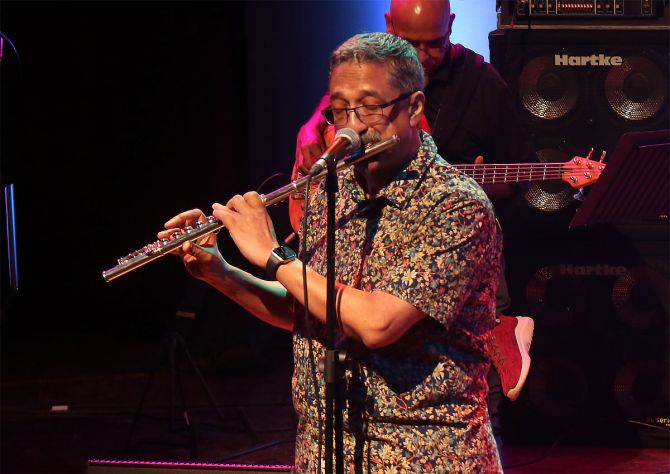 During the three-and-a-half-hour concert, umpteen species of jazz were played, including, of course, plenty of chatpata fusion jazz, but it was still 210 minutes too little for the jazz aficionados present, who rocked till the end.

Omar Abdullah to be released from detention today