A record five Indian-American lawmakers from the ruling Democrat Party, including Raja Krishnamoorthi, Ro Khanna, Pramila Jayapal and Ami Bera have been elected to the US House of Representatives, while several others were elected in state legislatures, in one of the  most polarised midterm elections in the country. 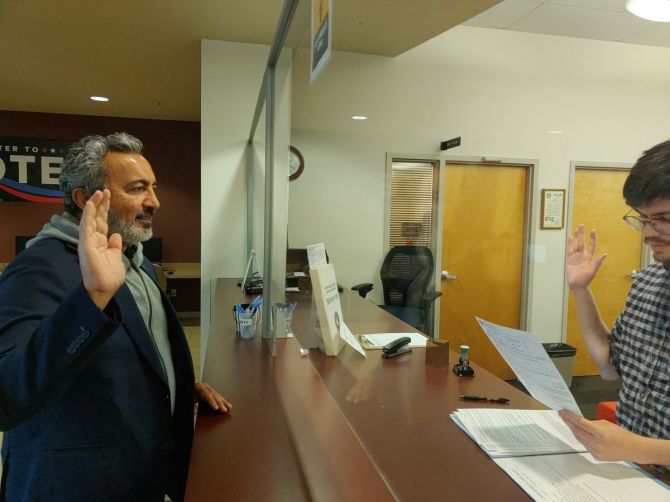 Thanedar, 67, currently represents the third district in the Michigan House.

In the eighth Congressional District of Illinois, Raja Krishnamoorthi, 49, was re-elected for the fourth consecutive term by a comfortable margin.

Chennai-born Congresswoman Pramila Jayapal, the only Indian-American woman lawmaker in the House of Representatives, defeated her GOP rival, Cliff Moon in the 7th Congressional District of Washington State.

Bera, 57, is the longest serving Indian American in the Congress. He has been representing California’s 7th Congressional District since 2013.

Krishnamoorthi, Khanna, Jayapal and Bera were members of the previous House.

In Maryland, Aruna Miller scripted history by becoming the first Indian-American politician to win the race of lieutenant governor.

Miller, 58, a former delegate to the Maryland House, was on the Lieutenant Governor ticket along with Wes Moore — the Democratic governor-elect.

The emergence of a large number of young Indian-American candidates reflects the growing desire of this small ethnic community comprising just one per cent of the US population of 33.19 crore.

Ahead of the November 8 elections, the Democrats and the Republicans reached out to IndianAmericans.

The Washington Post newspaper on Friday said that Indian-Americans can play an important role in some of the tightly contested races.

”Ahead of mid-term elections that could be decided by razor-thin margins, Democrats are hoping to capitalise on some of the optimism felt by Indian Americans, a growing and increasingly vital bloc of voters,” the daily wrote.

Indian Americans who have made it to various state legislatures include Arvind Venkat, Tarik Khan in Pennsylvania; Salman Bhojani and Suleman Lalani in Texas; Sam Singh and Ranjeev Puri in Michigan, Nabeela Syed, Megan Srinivas and Kavin Olickal in Illinois, Nabliah Islam and Farooq Mughal in Georgia; Kumar Bharve in Maryland, and Anita Samani in Ohio.

There are several races where Indian Americans are involved in a tightly contested race and many of them could be declared winners.

Counting is still on in four other races where Indian Americans are involved.

The midterm elections will have a significant impact on the direction of the nation, as well as the fate of the person and the party in power in the White House.

Currently, Democrats are in the majority due to the tie-breaking power of Democratic Vice President Kamala Harris, who serves as the ex officio president of the senate.

The outcome will influence the playing field for the 2024 presidential campaign, and especially the odds of Donald Trump running again.

No city educational institute in swachh campus ranking this year