While asking the UP government to reconsider allowing even a symbolic physical yatra this year, the apex court on Friday had underlined that “the health of the citizenry of India and their right to ‘life’ are paramount”. 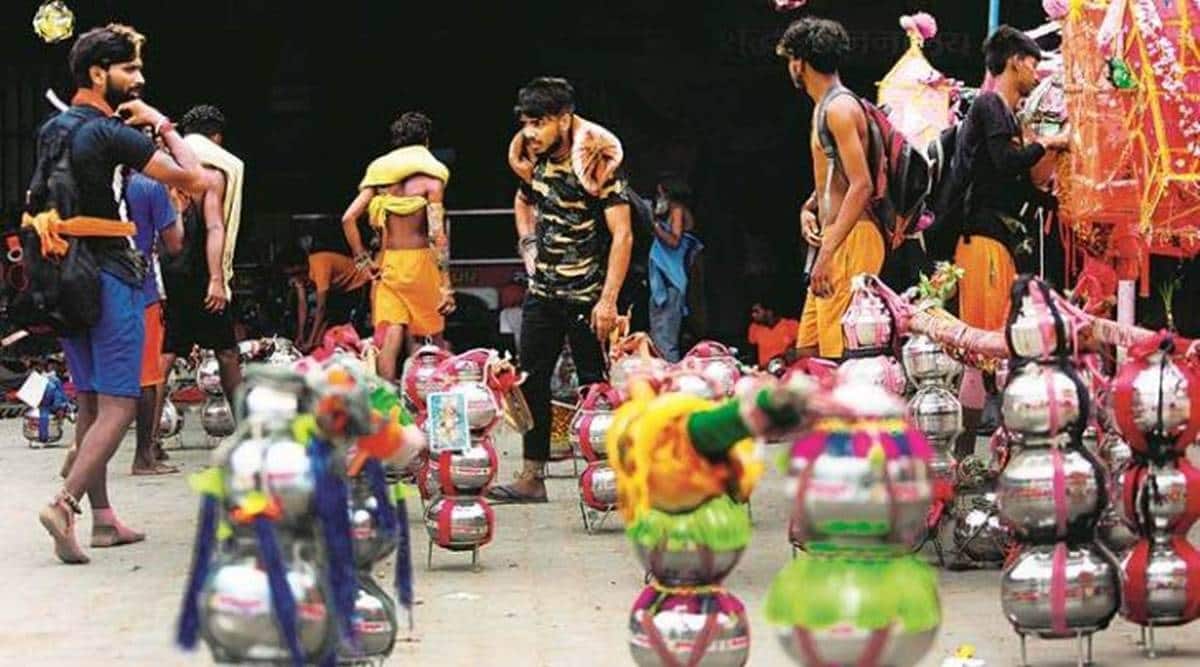 The Uttar Pradesh government on Saturday cancelled the Kanwar Yatra a day after the Supreme Court asked the state government to reconsider even allowing a symbolic physical yatra given the fear of a third Covid-19 wave.

While asking the UP government to reconsider allowing even a symbolic physical yatra this year, the apex court on Friday had underlined that “the health of the citizenry of India and their right to ‘life’ are paramount” and that “all other sentiments, albeit religious, are subservient to this most basic fundamental right”.

Taking suo motu cognisance of a report in The Indian Express on UP’s decision to allow the Kanwar Yatra during the pandemic, the bench of Justices R F Nariman and B R Gavai had earlier sought responses from the Centre, UP and Uttarakhand. On Friday, Senior Advocate C S Vaidyanathan, appearing for the UP government, told the bench that the state will hold only a “symbolic physical” Kanwar Yatra keeping religious sentiments in mind — it starts July 25.

Justice Nariman told Vaidyanathan: “State of UP cannot go ahead with it 100 per cent… Either we pass the orders directly or give you one more opportunity to reconsider holding the yatra physically. The pandemic affects all of us. We are all citizens of India. This suo motu case is taken because Article 21 applies to all of us. It is to safeguard all of us.”

Meanwhile, the Centre, in reply to the court notice, said that the states, instead of allowing the Yatra, must make arrangements to supply Gangajal to devotees at designated locations.

The Uttarakhand government on Tuesday too suspended the Kanwar Yatra amid threats of a possible third wave of Covid-19, the second wave of which had already proved deadly for India.

Speaking to reporters after a meeting with top officials top officials of his administration and police, the state Chief Minister Pushkar Singh Dhami said: “We decided to cancel the yatra, according topmost priority to human life… A lot of discussions were held on the issue over the last few days. Our officials held talks with neighbouring states. The outcome of this exercise is that in view of the pandemic and with a new variant being detected in the state, we do not want Haridwar to be the centre of the pandemic… People’s lives are our priority. We can’t play with that… we won’t take any chances.”

Why #MeToo needs all our support