A key instrument in this new paradigm is a system of ‘smart’ sanctions, which does not target countries, but specific individuals, firms and institutions for a variety of alleged transgressions. 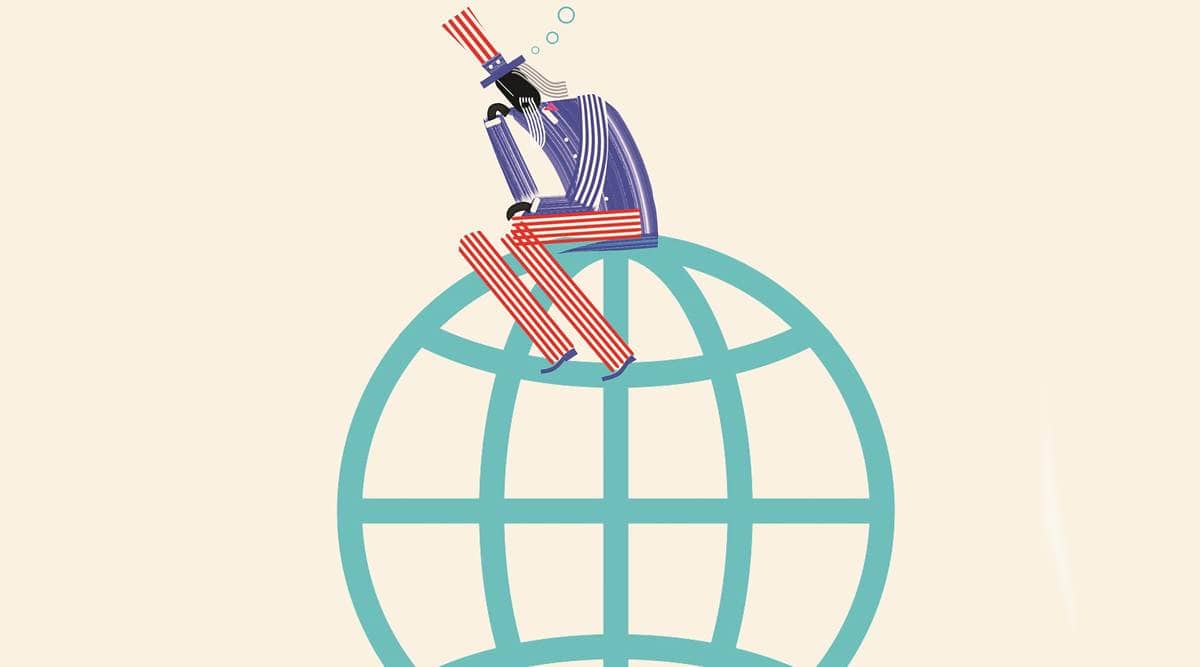 As is customary, a new face in the White House has brought with it a deluge of analyses on India-US relations. The overarching conclusion has been that the two democracies will get closer to each other, if not on principles then because of a common adversary. Uncomfortable issues such as human rights and the erosion of democratic institutions will be side-stepped for mutual national security interests and economic benefits.

The problem with this singular trajectory of relationships and convenient trade-offs is that it has little to do with the reality of the now-altered US foreign policy framework. US foreign policy is no longer based on the antiquated friend-or-foe classification under which transgressions by a “friend” or an “ally” were overlooked if the country was helpful to US self-interests. Instead, and as has been the case at least for the last decade, but appears to have gone unnoticed in this part of the world, the US foreign policy paradigm has shifted to one where a country’s stance on an issue — trade, climate change, security, or human rights — is the categorising principle and not the country. If others, including India, do not adapt to this paradigm shift, then they will find engagement with the US starkly different and surprisingly difficult.

This brings us to the question of why foreign policy analyses seem so cut off from the reality of how foreign policy decisions are made in the US. I will argue it is because collectively such analyses continue to be largely based on the belief that most foreign policy actions can be modelled on the premise that a nation-state is a unified monolith, where the power to make decisions resides in a unitary actor, typically the head of state. Moreover, this unitary actor follows a rational decision-making process in that the single actor arrives at the final decision by coherently weighing the pros and cons of all possible alternatives and picking the one that benefits national interest. Countries with similar self-interests are treated as friends and others as foes. The national interest of allies obviously does not overlap completely, which opens the space for trade-offs and negotiations among allies. With foes, the adversarial relationship is pervasive. The simplicity of this framework is seductive, making it popular among analysts and the media. However, it is embarrassing to note that a half-century ago itself, it was clear that this framework could neither explain nor forecast foreign policy decisions. For example, Graham Allison in 1971 demonstrated the abject failure of the rational-actor model in explaining the 1962 Cuban missile crisis.

Returning to 2021, the new US Secretary of State, Antony Blinken, unambiguously clarified this shift in the paradigm while talking about the US-China relationship. He called it “arguably the most important relationship that we have in the world. Going forward it’s going to shape a lot of the future that we all live and increasingly that relationship has some adversarial aspects to it. It has competitive ones and it also still has cooperative ones.”

Put differently, engagement with countries will be done on issues with little or no trade-off among them. Competition, cooperation, and confrontation can all characterise the US’s bilateral engagement depending on the specific issue. For example, trade will involve competition while climate change and pandemics will necessitate cooperation. At the same time, human rights and national security issues could be confrontational.

A key instrument of foreign policy will be the now well-honed system of “smart” sanctions. Sanctions have been used extensively by the US in the past, even against India (post the 1996 second nuclear test). However, these were directed at the country as a whole. As the US learnt over time, such sanctions were counterproductive and instead provided the sovereign a platform to rally domestic political support and strengthen anti-US sentiment. While changes were made to this blanket-sanctions regime, they were overhauled during President Barack Obama’s second term and used extensively by the Donald Trump administration. Furthermore, they were keenly scrutinised to see if they needed further refinement. The Magnitsky Accountability Act of 2012, for example, targeted those involved in the death of Russian lawyer Sergei Magnitsky and others responsible for human rights abuses in Russia. When this was found to be successful, an executive order, passed in 2017, extended the provisions in the Magnitsky Act, to all who are corrupt or violate human rights in the world.

In its latest version, smart sanctions do not target countries, but specific individuals, firms, and institutions for a variety of alleged transgressions as assessed by the hegemon. US businesses and individuals cannot transact with sanctioned entities.

But here comes the kicker. US residents also cannot transact with third parties who have relationships with the sanctioned persons. This use of secondary sanctions makes it substantially more costly for the sanctioned entities as not just US partners but also those in other countries can no longer do business with them without fearing potential loss of access to the US.

To back the system, the US has developed an extensive network of specialised entities within the government to implement and monitor these sanctions — the Department of Treasury’s Office of Foreign Asset Control (OFAC), the State Department’s Bureau of Democracy, Human Rights and Labor and the Department of Commerce’s Bureau of Industry and Security to name a few. No country builds such an intricate and resource-heavy web of technocracy if it doesn’t plan to use it. As of last week, the website of OFAC listed 6,300 names of individuals, groups and entities under Specially Designated Nationals and 36 sanctions programmes in 30 countries.

What does all of this mean for India? Unlike in the antiquated rational-actor paradigm where there are imagined trade-offs across issues, in the new framework the US engages with countries on parallel lines. Countries are no longer designated as adversaries or allies. Instead, the engagement is multifaceted across trade, intellectual property rights, climate change, security, terrorism, and, importantly, human rights, with limited trade-off across them. Whether cooperation, competition, or confrontation dominate the nature of the engagement will depend on the specifics not whether India is a friend or a foe.

The writer is a political economist, formerly with the World Bank