As BJP MPs demanded that Khan apologise to Devi, Khan and SP leader Akhilesh Yadav, who was defending Khan, did not relent and walked out of the House. 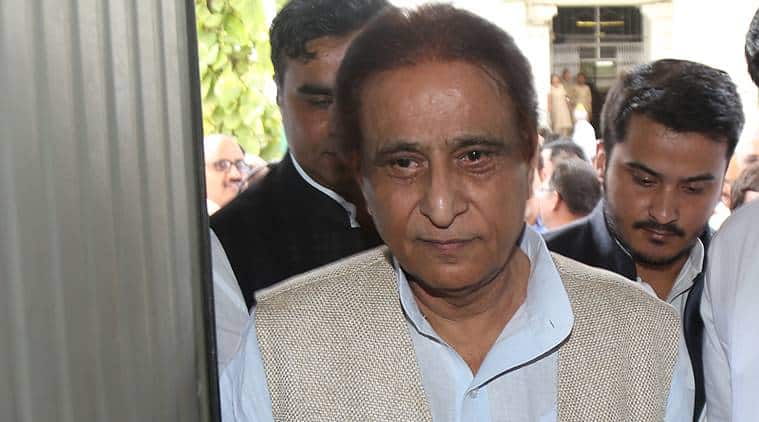 Samajwadi Party MP from Rampur Azam Khan was at the centre of an uproar in the Lok Sabha on Thursday after he made an objectionable remark against BJP MP Rama Devi during the debate on the triple talaq Bill.

As BJP MPs demanded that Khan apologise to Devi, Khan and SP leader Akhilesh Yadav, who was defending Khan, did not relent and walked out of the House.

“I did not make any objectionable remarks. They must have made it. I don’t know,” Khan said outside the House. Later, he told the media: “The BJP is targeting me as I have committed the crime of winning the election.”

Participating in the debate on the Bill, Khan referred to the intervention of Union minister Mukhtar Abbas Naqvi and read out a couplet “… tu idhar-udhar ki baat na kar… (do not divert from the topic).” At this, Rama Devi, who was presiding, asked Khan not to “look here and there” and address the Chair, as is the norm of the House. To this, Khan made an objectionable remark, triggering the uproar.

Devi later directed that Khan’s remark be removed from the records. She, however, said she was like his (Khan’s) younger sister.

Meanwhile, Speaker Om Birla returned to preside and requested Khan and Akhilesh to apologise. “If he has said anything unparliamentary then I request you to expunge that from the record,” Akhilesh said.

“I have been in politics for decades. I can never make such remarks about someone. She is like a sister to me,” Khan told the House. “If I have said anything unsavoury, I will resign… There is no point participating in this debate after such humiliation,” Khan said and walked out.

U.S. may allow mix and match of booster jabs