‘The Maharashtra government is not being very clear; they are keeping quiet.’

The efforts of Union Home Minister Amit Anilchandra Shah to bring about a truce between Maharashtra and Karnataka over their border dispute seem to have proved futile with both states ratcheting up the issue at the government level.

With legislatures of both the state assemblies holding their winter sessions — Karnataka’s in Belagavi and Maharashtra’s in Nagpur — and with the both Houses of the Karnataka legislature likely to pass a unanimous resolution reiterating its position that it will not cede even an inch of land to Maharashtra comes the demand from all political parties in Maharashtra for a tit-for-tat resolution which is likely to further escalate the tensions between the two border states.

‘Belagavi, Nipani and Karwar should merge with Maharashtra’ 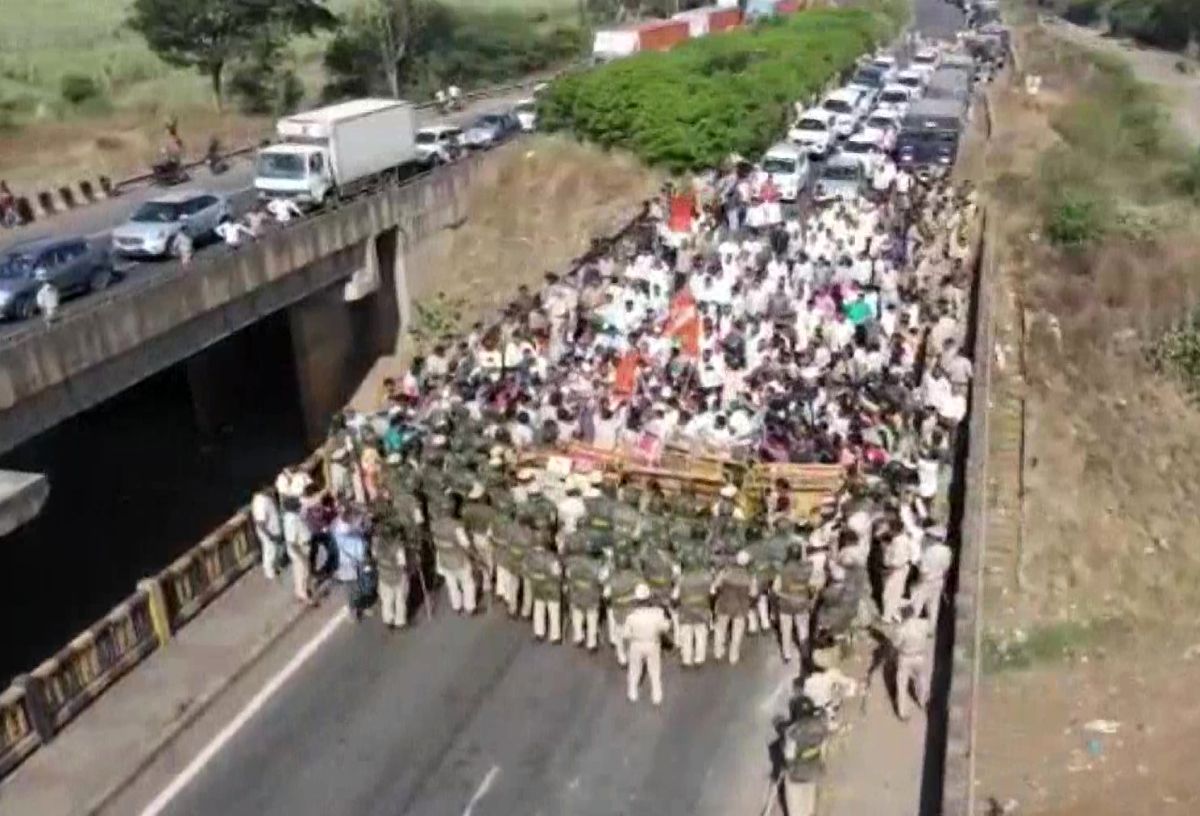 “(Maharashtra Deputy Chief Minister) Devendra Fadnavisji has categorically stated on the floor of the assembly that not even an inch of Maharashtra will go to Karnataka. The state BJP is also of the same view and is fully with the government in our endeavour to take back from Karnataka what is ours,” BJP Spokesperson Keshav Upadhye tells Prasanna D Zore/Rediff.com.

“Amit Shahji had advised both governments to go for discussions and the state BJP feels that’s the only way ahead. Having said that, we remain committed to our stand that not even an inch of land will be ceded to Karnataka,” says Upadhye.

“Our stand is very clear. We want each and every inch of land (back from Karnataka) and the party’s opinion is Belagavi, Nipani and Karwar should merge with Maharashtra,” says Bhatkhalkar. Refuting the Opposition’s charge that the Amit Shah’s efforts to bring about a truce between the two states failed, Bhatkhalkar says, “Tempers have cooled down; now (after the mediation by Shah) there is no agitation-like situation. But for us Maharashtra’s interests come first.”

“Let anybody make any statements they want, but the Supreme Court is the final arbiter on the issue,” says Upadhye when asked .

Uddhav Balasaheb Thackeray Shiv Sena MP Sanjay Raut, though, criticised both Chief Minister Eknath Shinde and Fadnavis for being mute spectators in the face of consistent attacks from Karnataka.

‘Our CM and DCM should show some aggression, but if you can’t, then you are not fit to remain in your position,’ Raut taunted Shinde while speaking with reporters.

‘Why are you quiet? Why are you so helpless? What is your problem? Who has shut this government’s mouth? I don’t want to use such words, but did the home minister (Shah) administer an injection of silence (to the Maharashtra CM and DCM)? Let Maharashtra know that,’ Raut said.

Former Maharashtra chief minister and Congress MLA from Nanded Ashok Chavan too believes that Shinde and Fadnavis are not doing enough to counter the aggression shown by the Karnataka CM.

“The Maharashtra government is not being very clear; they are keeping quiet. We should counter their propaganda equally aggressively,” Chavan suggests.

“Our response should be as strong; unfortunately, Mr Bommai is going on and on despite the home minister’s mediation and our government is keeping quiet,” Chavan adds, attacking the Shinde-Fadnavis government.

“The home minister (Shah) suggested the two states should talk and we fully support the view. Let’s start the dialogue, the discussions; let’s sit across the table and resolve the issue,” says Chavan.

“Our stand has to be loud and clear. This is not the question of any party or government; it is Maharashtra’s interest that is at stake and all political parties in the state should be united in their response.”

Ratcheting up the dispute to the next level 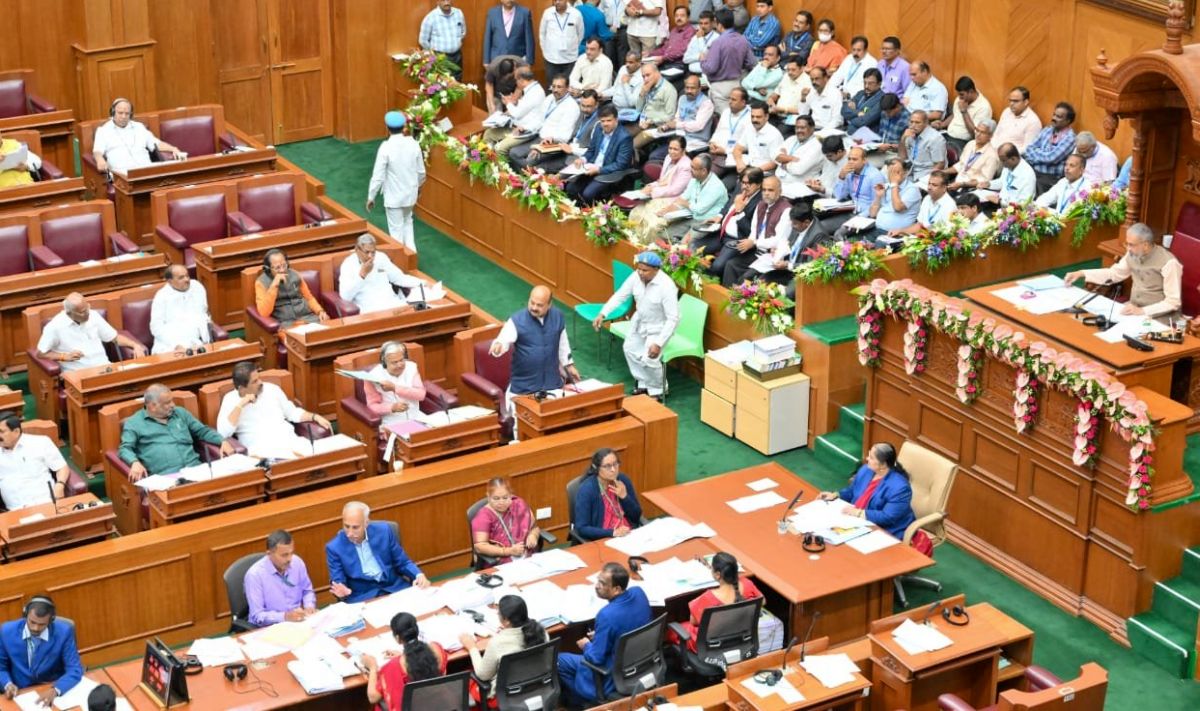 Both states recently saw public agitations by local outfits in Belegavi in support of the claims of the two states, followed by agitations from the Opposition in Maharashtra ratcheting up the border dispute to corner the Shinde-Fadnavis government.

The issue has now moved on to the next level with both the governments engaging in a show of aggression.

Speaking to reporters in Nagpur, Desai called upon his own government to stop the flow of water from dams in Maharashtra to Karnataka. Desai took his cue from senior Nationalist Congress Party leader Jayant Patil who demanded the same on the floor of the House.

‘The Karnataka government is purposely harassing Marathi-speaking people of Karnataka in the border areas and we should return the favour to the Karnataka CM by speaking to him in the same language that he uses. We should give them a fitting tit-for-tat. They think that nobody can rein them in; I urge the government to begin the process of increasing the heights of the Varna and Koyna dams (that supply water to Karnataka) otherwise they will not come under control.’ Patil the state NCP chief and MLA from Sangli’s Islampur constituency, told the assembly.

‘A resolution will assuage the people of Maharashtra’ 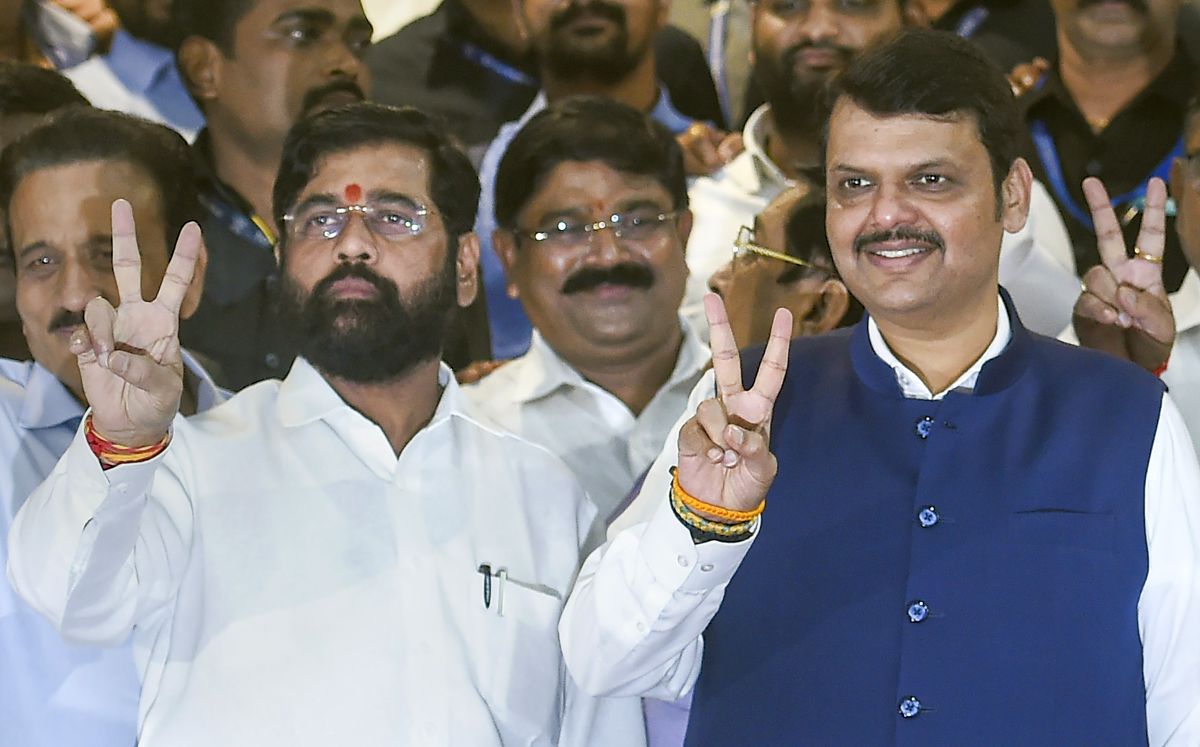 The NCP, whose national President Sharad Pawar was the first to take on the Bommai government over the border dispute by issuing a 48-hour ultimatum to Karnataka to stop violence against state-run transport buses, has been the first off the blocks in pressing Maharashtra to act tough against Bommai and his government.

‘The Karnataka CM is doing his best to keep the people of his state in good humour. Our CM and DCM should also show aggression and give a tit-for-tat reply. We should also pass a resolution in the Maharashtra legislature,’ former deputy chief minister and senior NCP leader Ajit Pawar told reporters in Nagpur.

“We are passing the resolution next week,” says Bhatkhalkar about the resolve of the Maharashtra legislature and Pawar’s demand.

Leaders from the BJP, NCP, Shiv Sena and Congress in Maharashtra are unanimous in their opinion that passing resolutions, which highlight the traditional positions of both states on the border dispute, will not lead to any law and order situation or further worsen it.

“I don’t think so,” says Bhatkhalkar responding to whether both the Karnataka and Maharashtra legislatures passing resolutions would lead to further tensions between the two neighbours.

“A unanimous resolution wouldn’t escalate tensions; there will be no law and order situation. In fact, such a resolution will assuage the feelings of our people as well as those Marathi speaking people in Karnataka that the whole state is behind their demand,” he adds.

“This is not a new stand; this stand was taken by earlier governments also so there is nothing new,” assures Bhatkhalkar. “Iit will not strain relationship between the two states.”

Plan on to shift Vijay Deverakonda Fighter to Mumbai

Govt gets cracking on setting up Ayodhya temple trust

‘The Challenge’: Ashley Sends Love To Hunter After He Sends Her Home In Revenge Elimination