Tanvi Madan writes: The Quad fits with President Biden’s desire to see democracies try to deliver, and the administration’s broader foreign policy approach emphasising alliances and partnerships — and it helps provide a solution to its China problem. 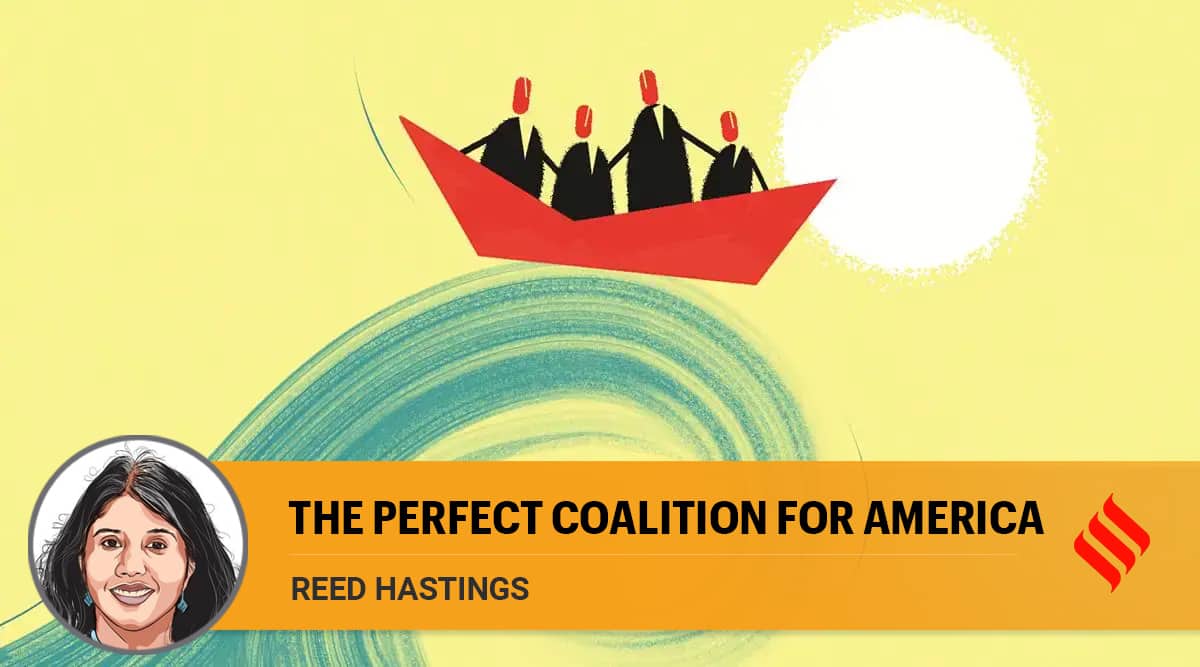 On Friday, the leaders of Australia, India, Japan, and the United States will meet for the first-ever in-person Quadrilateral (“Quad”) summit. A year ago, such a gathering would have been difficult to envision. Until January 2021, Delhi and Tokyo would not even use the word “Quad” in their statements. More significantly, with elections looming in the US, the fate of the Quad was unclear. The Trump administration had helped revive it in 2017, but the Joe Biden campaign had shown little interest in the Quad. Rather than take an Anything-But-Trump attitude, however, President Biden has not just embraced this coalition, but doubled down on it.

So, what explains the Biden administration persisting with the Quad, and even elevating it from the ministerial to the leader level? Utility trumped politics. The coalition fits with the president’s desire to see democracies try to deliver, and the administration’s broader foreign policy approach emphasising alliances and partnerships — and it helps provide a solution to its China problem.

The Quad also fits with the administration’s adoption of flexible multilateralism. This flows from a recognition that bilateral alliances and partnerships, as well as regional and international organisations are necessary but insufficient mechanisms to deal with today’s challenges. This is where coalitions come in, bringing together allies and partners aligned on certain issues or interests.

In the Indo-Pacific, a crucial interest for the Biden administration is maintaining a rules-based order, one that is being challenged by an assertive China. America’s hub-and-spoke alliance system is critical; ASEAN is important. But they are not enough, and an Asian NATO is impossible. Enter the Quad, which brings together countries that meet the three requirements of ideal coalition membership: They are relevant, resourceful, and ready to work together to tackle the challenges in the Indo-Pacific.

And make no mistake, for the Biden administration (and the other members), this challenge is significantly about China. The Quad leaders don’t mention the C word explicitly in their statements. Yet that country’s assertiveness in recent years is what has made the Quad both necessary and possible. Necessary because the challenges China has generated in the Indo-Pacific are acute and cannot be tackled alone. And possible because Beijing’s assertiveness — particularly vis-à-vis the Quad members themselves — has created the market for collaboration between these like-minded states who share concerns about Beijing’s behaviour. This behaviour has also helped strengthen the four countries’ bilateral and trilateral ties on which the Quad is built. And intensifying competition with China has contributed to the Biden administration overcoming any reluctance it might have had to embracing the Quad.

Nonetheless, the Biden administration and the other three governments have reframed the conversation around the Quad away from the Trump administration’s more explicit China framing. They have highlighted the Quad’s origins in the four countries’ collective response to the 2004 Indian Ocean tsunami, which led to the short-lived Quad 1.0 in 2007. And the first major collaborative initiative of Quad 2.0 involves providing 1 billion Covid vaccine doses in the Indo-Pacific by 2022.

The first helps highlight the Quad’s regional and organic origins. The second conveys a message that is more welcome in Asia — that the grouping is not against something (that is China) but for something (offering solutions to regional problems and preserving a rules-based order). And both help counter Chinese talking points that either dismiss the Quad as useless or accuse it of being a US-imposed, exclusive, anti-China security alliance that will destabilise the region.

That’s not to say the Quad in the Biden era lacks a security dimension. The four navies and their special forces are indeed in the middle of conducting a military exercise. And the agenda at the summit will likely include a discussion on the state of the China challenge, maritime security cooperation, and critical and emerging technology collaboration. But it will also include combating Covid and climate change, enhancing regional connectivity, and fuelling innovation. It’s not that the countries won’t discuss building a balancing coalition in the region privately, but, publicly, they’re more likely to talk about building resilience in the region.

Given the month he’s had with the fallout from the Afghanistan withdrawal and the AUKUS rollout, President Biden will also want to emphasise America’s resilience — and that reports of its decline are greatly exaggerated. And his Quad partners have traveled from afar to convey their belief — or at least their hope — that, that is indeed the case.

This column first appeared in the print edition on September 23, 2021 under the title ‘The perfect coalition for America’. The writer is director of the India Project at the Brookings Institution in Washington DC

Police stance in church cases comes under fire in HC

‘Yes, we have to prepare for war’