Elephant owners have now agreed to send other pachyderms for the event after the government lifted the ban on Ramachandran, which has a super star value in festival circuits in Kerala. 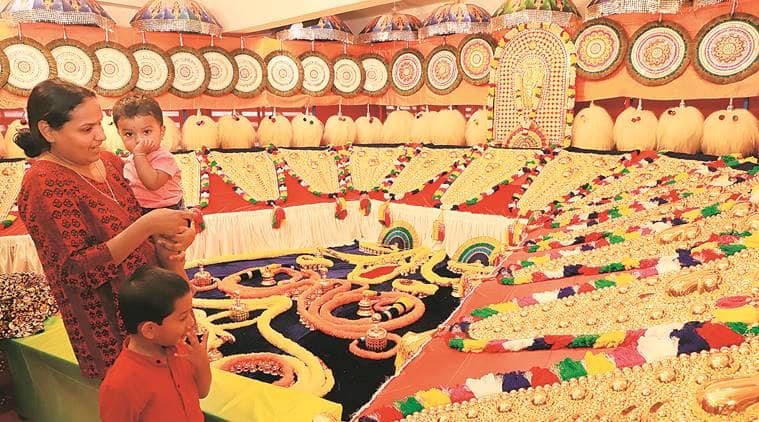 Ending uncertainty over the elephant pageant on the eve of the three-day Thrissur Pooram, Kerala’s largest cultural festival, the state government on Saturday allowed parading of the state’s famed captive elephant Thechikkottukavu Ramachandran.

The All Kerala Elephant Owners Federation had earlier threatened to boycott the festival, which has a pageant of 100 caparisoned elephants as its major attraction, as the government earlier refused to lift the ban on Ramachandran — the state’s tallest captive elephant which has a huge fan following scattered across associations and social media groups.

Elephant owners have now agreed to send other pachyderms for the event after the government lifted the ban on Ramachandran, which has a super star value in festival circuits in Kerala.

Thrissur district collector T V Anupama said the elephant would be allowed to be paraded under strict conditions. The elephant’s owner, Thechikkottukavu Devaswom at Thrissur’s Peramangalam, has been told to ensure the presence of four mahouts. Barricades will also be raised to keep people away from the animal. The parading time, beginning at 9.30 am on Sunday, has been reduced by one hour.

The pachyderm has been kept away from shows and festivals since February after it ran amok and killed two people, raising the tally of its victims to 13. An expert committee, formed by the forest department, had recommended to restrict the use of the animal for festivals to ensure the safety of public and mahouts.

Elephant owners have since mounted pressure on the government by threatening to boycott the pooram. In the face of a social media campaign to lift the ban on Ramachandran, State Forest Minister K Raju had last week said the elephant, which has a vision problem, could not be allowed to perform at the Pooram in view of public safety.

However, a PIL was moved in the High Court seeking a direction to the Thrissur district collector not to prevent the parading of Ramachandran at the pooram. The court Friday directed that the collector can take a final decision on the issue. The collector ordered an examination of the elephant by a team of veterinary doctors, who on Saturday gave clearance for the parade.

Tennis | Sania back on track for Tokyo Olympics