There are many homeless, or rough sleepers, in this ancient city who have found a safe roof above their head amid Covid-19 pandemic through the Udayam home Project. The brainchild of Kozhikode District Collector S Seeram Sambasiva Rao IAS, the project under the district administration’s Udayam Charitable Society aims at the comprehensive rehabilitation of street dwellers, homeless, destitutes and adult orphans.

“Udayam is an important initiative under ‘Nammude Kozhikode’ (our Kozhikode) project. Destitutes are a complex problem. Even before Covid-19 outbreak, we had tried to rehabilitate these people, but failed. We couldn’t rehabilitate even a single person. So this had been remaining as an unachieved mission for quite some time,” says the Collector. 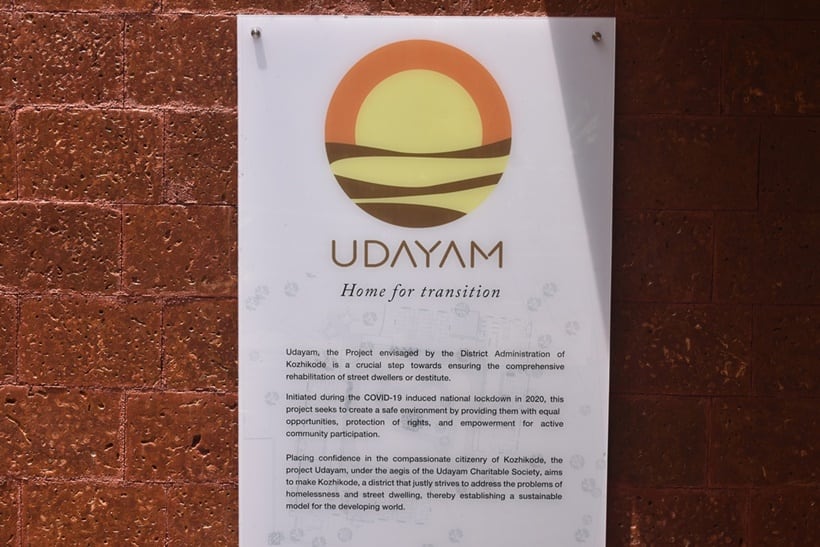 Rao adds that with the announcement of the lockdown, these people suffered the most, even for obtaining food as hotels and eateries were closed. “So, we took this as an opportunity and decided to revive the mission and rehabilitate all of them and make the district destitutes-free. With the help of several NGOs and police force we were able to identify over 750 people at that point of time.”

The unique initiative started as a camp to keep street dwellers and homeless off the streets during the initial days of Covid-19 pandemic and the subsequent lockdown in March last year. At first, the homeless were shifted to a camp set up at the Physical Education College in East Hill. There were nearly 1,000 inmates in the camp, identified with the help of voluntary organisations, local people and through street drives.

In July 2020, the Udayam Charitable Society was formed in association with the Kozhikode District Panchayath, Kozhikode Corporation, District Social Justice Office, and with the support of Thanal under Daya Rehabilitation Trust. Now, the society has three temporary homes in East Hill, Mankavu and Vellimadukunnu apart from the main campus in Chevayur and an under-construction building in Vellayil. The main campus of Udayam, on the premises of the Institute of Dermatology at Chevayur, was inaugurated virtually by Chief Minister Pinarayi Vijayan last month. 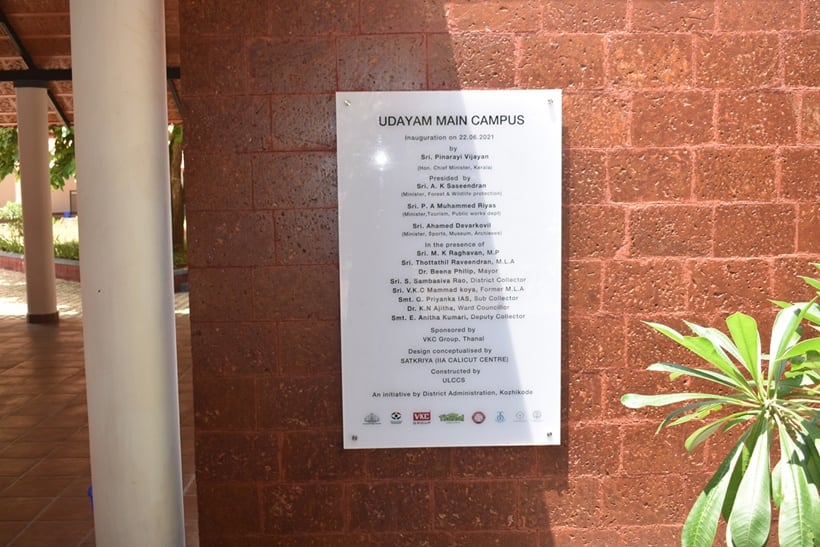 The main campus is funded by former VKC Charitable Trust, Daya Rehabilitation Trust and is supported by Uralungal Labour Contractors’ Cooperative Society and Satkriya, an organisation under the Indian Institute of Architects.

“We engaged several specialist NGOs like Thanal for the functioning of these homes. Residents of the homes were offered assistance from the Institute of Mental Health and Neurosciences for psychosocial support. We worked on them, tried to change their behaviour and gave mental support,” Rao says, adding how after some time many of them didn’t want to leave the camps. “So we decided to implement a comprehensive sustainable programme for the welfare of the destitutes especially street dwellers and so Udayam homes were started.”

The officer said those unable to work or take care of themselves are accommodated at the Udayam homes. The Mankavu campus is a transit home where the inmates are first brought and provided with required assistance, medical care and vocational training, while the one in Vellimadukunnu is an old age home.

“Through this project, we try to rehabilitate street dwellers, identify their family members and integrate with them. We give them psychological care and transform their personalities and also job training and decent accommodation facilities near the place of work,” he says. 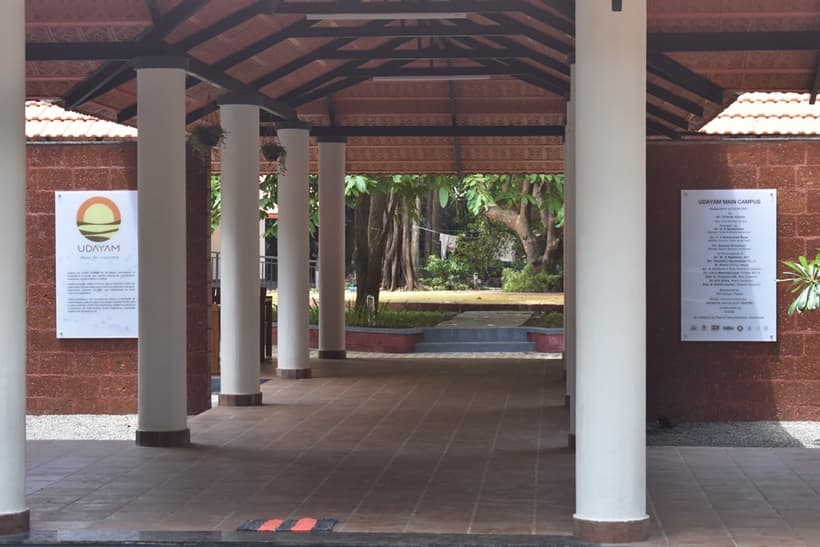 However, the low number of women inmates is a matter of concern. “We have to focus on that. Discussions are going on. One block at the main campus has been dedicated for women but there are very few or no inmates here. We have seen from our experience that most of the destitutes are men. But we are definitely working on women street dwellers,” Rao says.

However, Swathin Santhosh, case manager at Udayam, cites the many other facilities or homes where destitute women are taken care of as the reason for this. He says while sponsorships, donations and support from NGOs, help with day-to-day expenses at Udayam, the inmates are also provided with psychosocial assessments, health care, de-addiction services and counselling. “Udayam also conducts a literacy program named ‘Jnanodayam’ and facilitates equivalency certificate exams for these people,” Santhosh adds.

With the help of the office-bearers and volunteers, around 100 inmates have also been reunited with their families while hundreds of them travelled back to their hometowns. Also, around 100 persons received jobs and appropriate health care including major surgeries, he says. “When an inmate stays at Udayam home for over six months, they are assisted in obtaining identity cards like Voter IDs and Aadhaar cards which will help them avail other benefits. At the homes the inmates are given skill development and vocational training like paper bag making. We also encourage them to take up agricultural activities,” explains Raeesa Parsana, project coordinator at Udayam.

According to her, the main challenge is to bring psychological transformation in the inmates. “It is a long process. They have been accustomed to a certain way of living for many years and to bring a change in it takes time. However, we have been successful in this mission so far. Another challenge is to ensure consistent funds for the functioning. Many Good Samaritans have helped us,” she says.

Rao says they want to convert Udayam into a nodal centre for the rehabilitation of all the destitutes especially street dwellers in Kozhikode district by coordinating with various care homes. “The larger goal, in the distant future, would be to turn Udayam into a place where anyone in serious distress or trouble can be accommodated. For now, we are concentrating on the street dwellers and their welfare”.