The decision to boycott was taken after the Speaker cited assembly rules and regulations and rejected a plea by the Opposition to discuss violence, law and order situation and purported physical assaults on activists. 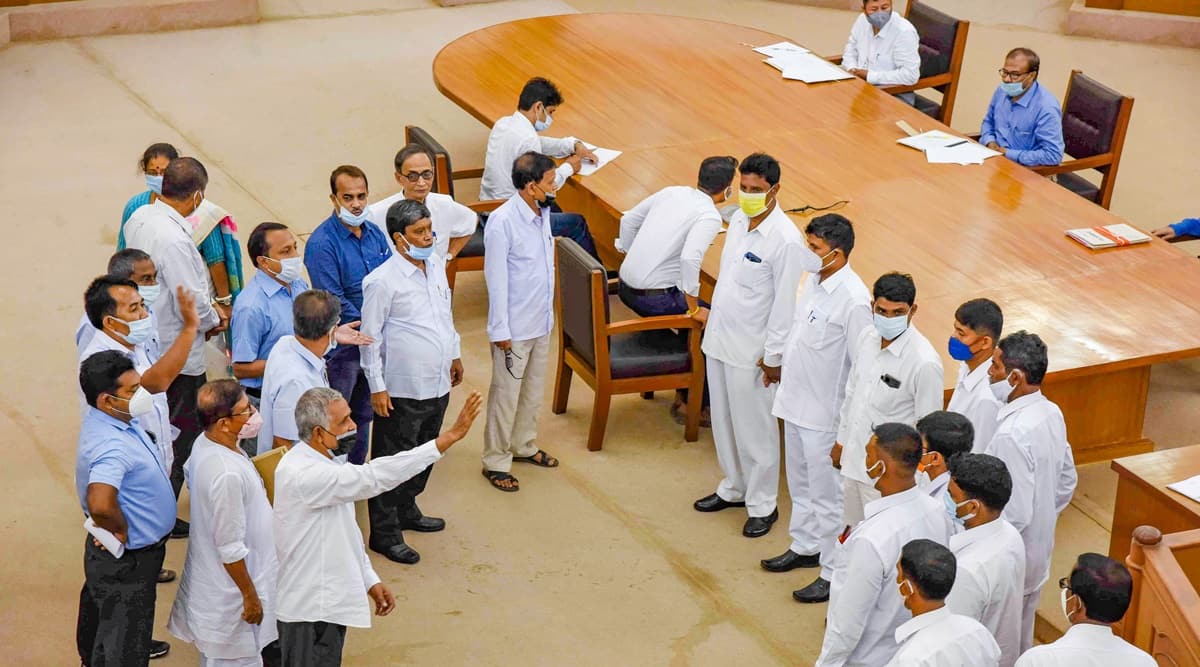 The 10th session of 12th Tripura legislative assembly started Friday amid a walk out and session boycott by the Opposition members after the Speaker rejected their adjournment motion over alleged degeneration of the law and order situation and political assaults.

Ratan Chakraborty, who earlier served as the Protem Speaker, was elected Speaker of the Assembly Friday. In his debut speech, Chakraborty appealed for cooperation from the treasury and Opposition benches and pledged to work with cooperation of all members.

However, when the Speaker was about to start the question-answer session, Opposition MLA Sudhan Das sought to discuss the agenda of violence, law and order situation and purported physical assaults on opposition activists before any other agenda of the House.

The Speaker cited assembly rules and regulations and rejected the plea, following which, Opposition legislators came down to the well, protested and walked out of the House. Later in the day, Opposition leader Manik Sarkar in a press conference said they have decided to boycott the ongoing session. He said, “Law and order is degenerating, there are attacks on democracy, violence and arson on Opposition offices, activists and attacks on means of livelihood are rife. Speaker Ratan Chakraborty took a partisan role and disallowed us to raise these issues. What would we sit and listen in the House after that?” asked Sarkar.

He added that over 22 political activists were killed since the BJP-led government assumed office and claimed the violence has been unleashed to hide the poor performance of the government and unfulfilled promises BJP made before coming to power.

Meanwhile, Chief Minister Biplab Kumar Deb Friday in a statement placed in the Assembly said law and order situation has improved in Tripura and claimed not a single case of political murder was committed in Tripura in last 3.5 years of his tenure.

Citing National Crime Records Bureau (NCRB) data, Deb said, “Politics of division, violence and agitation has slowed down in Tripura. During our tenure, the conviction rate and registered cases have risen. I want to assure the Assembly that our government will work on reducing political clashes, addiction and other crimes.”

On the Chief Minister’s claim, Manik Sarkar alleged proper facts and data aren’t being sent to the central government, which is why the NCRB report didn’t reflect the purported violence happening here.

The ongoing session is scheduled to conclude on September 27.

Seven positive in latest round of Premier League COVID-19 tests

Cardi B Hangs With Nicki Minaj’s Ex, Meek Mill, As The Ladies’ Feud Rages On — Pic