Restrictions imposed as per the night curfew will be in addition to the prohibitory orders already in place in Agartala Municipal Corporation areas. 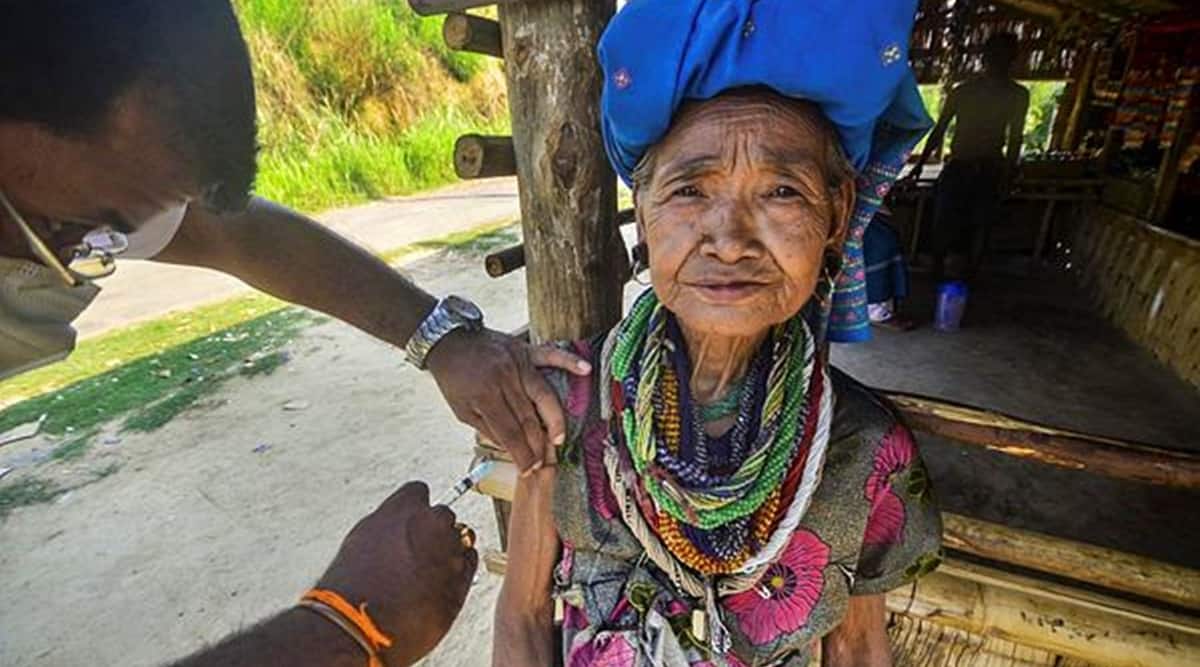 While a nine-day 24-hour ‘corona curfew’ is in effect in Agartala Municipal Corporation (AMC) areas, Tripura Tuesday announced night curfew in all areas of the state, from 6 pm till 5 am starting May 19.

Restrictions imposed as per the night curfew will be in addition to the prohibitory orders at Agartala city.

The decision was announced at the state secretariat in Agartala by cabinet spokesperson Ratan Lal Nath. According to the new guidelines, inter-district movement would be totally prohibited from May 20 till May 26 except essential or emergency needs. Further decisions will be announced in the coming days, while paying attention to issues faced by the poor, the minister added.

According to latest reports, Tripura has 4,621 active COVID cases, out of which 335 were found in the last 24 hours. The state’s daily positivity rate spiked from 4.64 percent to 7.62 percent in the last 17 days, with an overall fatality rate of 1.08 percent. Among the eight districts, West Tripura has got 11.22 percent positivity rate, Sepahijala has 4.97 percent, Khowai has 5.59 percent, Gomati district has 4.75 percent, South Tripura has 4.12 percent, Dhalai has 4.47 percent while Unakoti and North Tripura districts have 7.92 percent and 3.56 percent respectively.

The corona curfew in AMC areas had been imposed after it was found that West Tripura district had the highest Covid tally — 65.66 per cent of the cases currently active in the state.

Tripura has 41 COVID care centers, including Govind Ballabh Pant (GBP) Hospital in Agartala, the largest dedicated COVID care hospital of the state. These centers have a cumulative strength of 2,717 beds, while the government is planning to start a 120-bed COVID Hospital at TMC Hospital; 3-4 other COVID care centers are in the pipeline with over 500 seats put together.

The government has received 60,000 vaccine doses for people between 18-44 years of age, out of which 9,235 have been inoculated till date.

Meanwhile, the High Court of Tripura has asked the government to conduct heavy testing in government-supported orphanages and jails, forty-eight hours after 36 children tested positive 19 in orphanages of the capital city.
While hearing a suo motu case on COVID preparedness in Tripura, a Division Bench of the High Court comprising Chief Justice AK Kureshi and Justice Subhashish Talapatra asked the government to give ‘immediate attention’ to infection rates in state-run orphanages and jails.

“The young children who are housed in these orphanages need special protection. The state administration would ensure maximum possible testing of these children, particularly considering the fact that in recent times number of positive cases reported in these orphanages is quite high. So far as jail inmates are concerned, the state which has restricted the movement of a citizen, of course by authority of law, has the onus to ensure that his health is not jeopardized on account of being kept confined,” the court observed.

Taron Egerton Looks Unrecognizable on the Set of Rocketman