Meanwhile, the state government has suspended all local trains from Thursday to check the rising number of Covid cases. 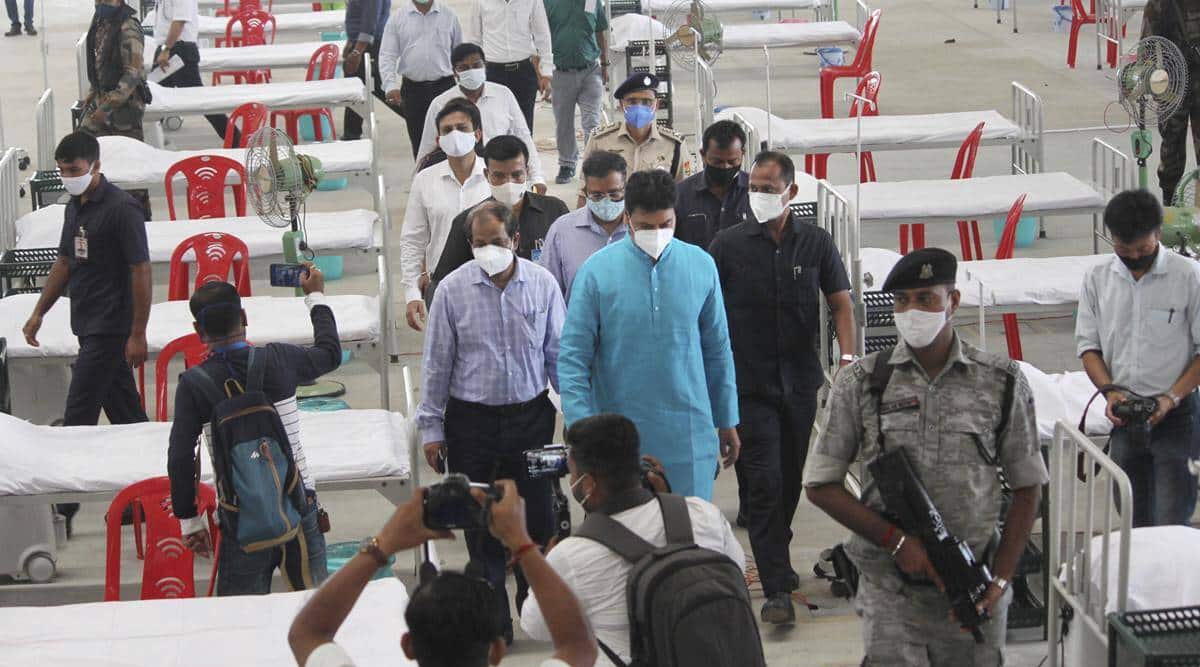 A day after announcing cash benefits for the poor and needy amidst the Covid-19 pandemic, Tripura’s BJP-IPFT government Thursday announced a Rs 579 crore Corona package.

While visiting Khumulwng, headquarters of the Tripura Tribal Areas Autonomous District Council (TTAADC), 25 km from here, Chief Minister Biplab Kumar Deb, who handles health portfolio too, said the government has decided to generate wage employment of Rs 232 crores across the State under the MGNREGA scheme.

The state government also sanctioned Rs 24 crore under the Tripura Urban Employment Programme (TUEP) to provide jobs to the urban poor, said the chief minister who laid the foundation stone for a 150 LPM oxygen generation plant at Khumulwng.

Speaking on the earlier announced monetary benefits to the poor and low-income groups, the CM said an amount of Rs 1000 and items distributed through the Public Distribution System (PDS) would be provided to 7 lakh poor and needy families. The cash benefit would have a financial involvement of Rs 70 crores while Rs 80 crores would be spent to provide ration support, Deb informed.

Over four lakh beneficiaries of different social security pensions would be paid two months’ pension in advance, he added.

The CM further said his government has decided to sanction Rs 30 crore with Rs 2 crore additional funds to ensure quality public healthcare for those living in the autonomous district council areas. The CHC would now be upgraded to a 150-bed hospital under the new plan.

Deb also informed that 16,27,000 people have been inoculated for Covid-19 in Tripura till date.

In a Facebook post, Deb later wrote, “… Prime Minister Narendra Modi already approved the installation of eight oxygen plants in eight districts of the state. Proposal for setting up 18 more oxygen plants was sent to him in the battle against COVID-19”.

Meanwhile, the state government has suspended all local trains from Thursday to check the rising number of Covid cases. The prohibitory orders would apply to three pairs of Demu trains and two pairs of local trains. However, long-distance trains would continue as usual.

COVID-19: Rahul Gandhi expresses condolences to families of patients who died due to lack of treatment