"If I am not allowed, I will hold medical camps in flood-affected areas of Assam as an activist," Kafeel Khan said. 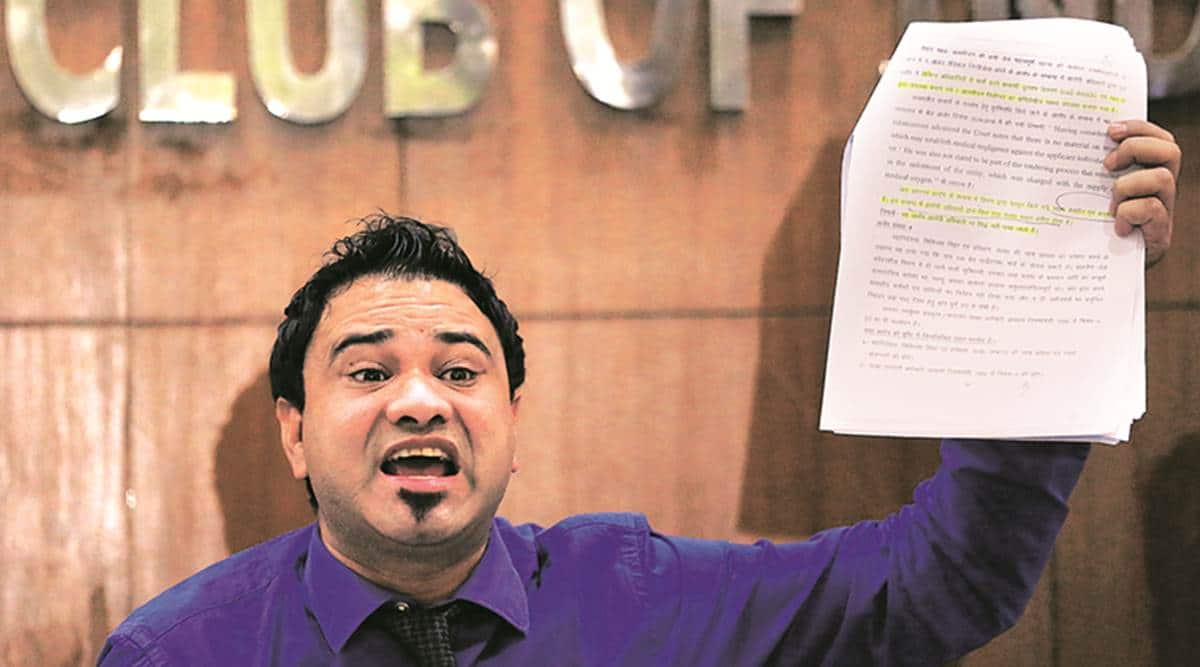 Days after his release from prison following the Allahabad High Court quashing his detention under National Security Act (NSA), Dr Kafeel Khan Thursday said he would ask Uttar Pradesh Chief Minister Yogi Adityanath to reinstate his job in the state medical services. Addressing a press conference in Jaipur, Khan said he was falsely implicated by the UP government and sent to jail as he had exposed the system.

“As the High Court has quashed the charges under the NSA lodged against me, I would write to the Uttar Pradesh chief minister to reinstate me in the medical service,” Dr Kafeel Khan said.

“If I am not allowed, I will hold medical camps in flood-affected areas of Assam as an activist,” he added.

Khan, a pediatrician, was suspended from Gorakhpur’s BRD Medical College after several children died there in 2017, apparently due to the lack of oxygen cylinders. A departmental inquiry later cleared Khan of most of the charges.

He was released from Mathura district jail on Tuesday after the Allahabad High Court ruled his detention under the stringent National Security Act (NSA) was “illegal”. He was arrested on January 29 for allegedly giving a “provocative speech” at Aligarh Muslim University.

In an indirect reference to Uttar Pradesh, Khan said he and his family arrived in Jaipur in Rajasthan as they felt “safe” here. Rajasthan is a Congress-ruled state.

Khan said he was falsely implicated by the UP government and sent to jail as he had exposed the system. “I was leading a simple life. I tried to expose the system as children died at BRD Medical College due to lack of oxygen. This did not go well with our chief minister and a false case was lodged, and I was sent to jail,” he claimed.

“I was physically tortured after the STF arrested me. I was asked weird questions like if have invented any powder to kill people and visited Japan to topple the government,” Khan said.

After his release on Tuesday evening, Khan had claimed the Yogi Adityanath-led Uttar Pradesh government was indulging in ‘Baal Hatth‘ (childlike-stubbornness) instead of observing ‘Raj Dharma’. He also said that the state could frame him in another case now that he is out of jail.

‘Without creating jobs and output, we are waiting for a disaster’