In the video, the Trinamool Congress (TMC) leader is seen taking the injection from a nurse and administering the dose to a woman. 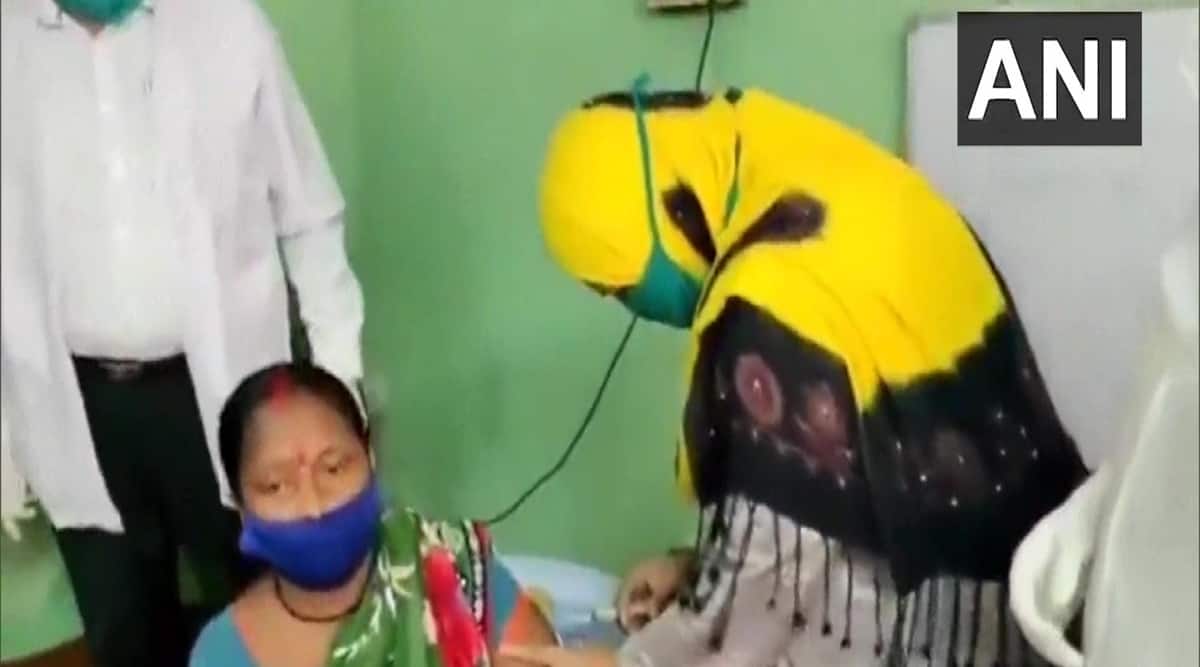 The BJP Sunday said it had filed a police complaint against outgoing Asansol deputy mayor Tabassum Ara for administering a vaccine shot to a woman at an inoculation camp in Kulti’s Sitarampur village the day before despite not being a trained doctor or nurse.

After a video of the incident was shared widely, Ara defended herself saying she was working to boost immunisation awareness and had completed a nursing course in school. In the video, the Trinamool Congress (TMC) leader is seen taking the injection from a nurse and administering the dose to a woman. The woman who received the shot, Rubiya Mahato, is now under observation.

“I had done a nursing course when I was in school. Also, I just held the injection, that’s it. The BJP is blowing it out of proportion,” said Ara.

The BJP’s minority cell in Asansol registered the complaint against the TMC leader at Kulti station. “The former deputy mayor of Asansol is vaccinating people, after arranging the vaccines from the health workers! Is she trained and allowed to do this at all? What kind of game is being played with human lives and the healthcare system?” the BJP asked in a tweet on Saturday. The party also shared the video of the incident.

Asansol Dakshin MLA Agnimitra Paul of the BJP shared the video on Twitter, and wrote, “TMC’s manhandling of the lives of people knows no bounds.”