Banerjee, who arrived in Agartala Monday morning, reportedly came under attack from BJP supporters while he was on his way to the Tripurasundari Temple in Gomati district 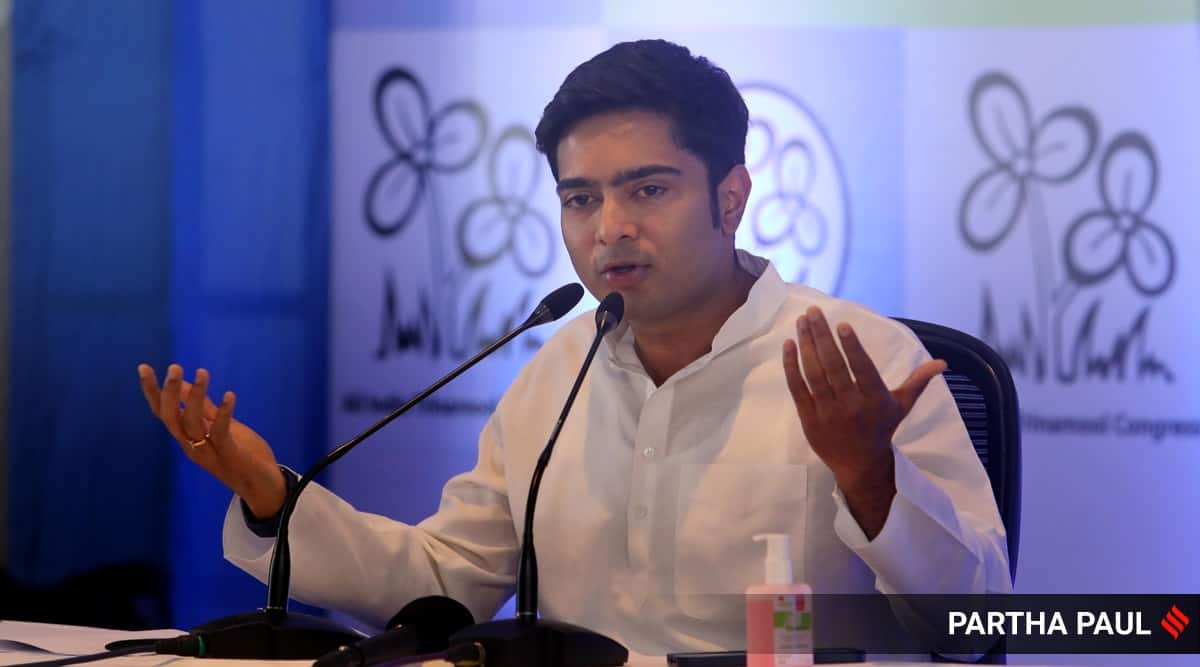 Throwing an open challenge to the BJP and Chief Minister Biplab Kumar Deb, Trinamool Congress general secretary Abhishek Banerjee said Monday that his party has set Tripura as the “bird’s eye” and would form a government in the state after the 2023 assembly election.

“TMC will form a government in Tripura in the next 1.5 years and bring governance to its doorstep. We are announcing that we shall make Tripura our bird’s eye and shall struggle against BJP misrule and form the government here,” he said at a press conference in the afternoon.

Banerjee, who arrived at Maharaja Bir Bikram Airport here in the morning, reportedly came under attack from BJP supporters on his way to the Tripurasundari Temple in Gomati district, 50 km from here.

Posting a video of the purported attack on his official Twitter handle, Banerjee tweeted, “Democracy in Tripura under BJP rule! Well done Biplab Kumar Deb for taking the state to new heights.” In the video, people are seen holding BJP flags and landing blows on his car using sticks.

He flayed the BJP for attacking his car on his first visit to Tripura as TMC general secretary and said Chief Minister Biplab Kumar Deb, who also holds the home portfolio, should tender his resignation.

Banerjee also criticised Chief Minister Deb and said he is working under the “remote control” of Delhi and has forgotten to respect the aspirations of people in the state.

In an open challenge to the BJP, he said, “I’ll come again after 15 days. I’ll keep coming again and again. We shall struggle till our last drop of blood. Days of hooliganism are over. If they think they can stop us, let them try”.

Many MLAs from Tripura have contacted the Trinamool Congress and have met the party’s leadership in Kolkata, he claimed, quickly adding that his party did not wish to take away MLAs and disrupt the incumbent government.

“Anyone in the Left, Congress or other political parties who wish to fight the BJP and revive democracy in Tripura, can come and join hands with TMC. We shall put up a united fight and form a government here,” he said. Asked if the Trinamool would consider an alliance with the opposition CPI(M), Banerjee however said that it was out of the question.

On the future political strategy for the state, the TMC leader said that a son or daughter of Tripura will become the face of Trinamool here, and that Tripura will rule Tripura, not West Bengal.

Banerjee’s visit comes in the aftermath of an FIR filed against a team of I-PAC, run by political strategist Prashant Kishor, in Agartala where they had arrived last week to conduct a survey on public perception of politics and governance. Banerjee condemned Tripura’s BJP government for detaining and booking the team.

West Bengal ministers Bratya Basu, Moloy Ghatak and TMC MPs like Kakoli Ghosh Dastidar and Derek O’Brien too had earlier visited the state and alleged that democracy was being trampled upon under the BJP rule.

Medical implants: ‘Make in India’ gets a leg-up

Everything in place for Maha Sivaratri celebrations

Kerala man tests positive for Nipah: All you need to know about the infection