‘Unless India ups the ante, Beijing will continue to believe its transgressions are cost free, and encourage to do more of the same.’

“Beijing has never wavered in its conviction that the only Asian power that matters is China. India’s stance never challenged this assumption of Chinese supremacy, but rather sought to buy peace with Beijing…It is only when the viciousness of the Galwan incident surfaced in 2020 that some sense began to dawn on New Delhi,” Dr Bharat Karnad, the national security expert at the Centre for Policy Research, the New Delhi-based think-tank, tells Rediff.com‘s Senior Contributor Rashme Sehgal.

We are once again witnessing China in a very aggressive mood sending 300 Chinese soldiers to attack and take over an Indian post in the Tawang sector on December 9.
What do you believe precipitated this face off given that it has taken place in such freezing cold conditions?

There doesn’t seem to be any specific trigger for PLA skirmishes on, and intrusions across, the Line of Actual Control, such as the latest one last Friday in Yangtse in Tawang district.

It is apparently a strategy for the local commander to prosecute hostile actions as and when he is in a position to do so because the objective is to keep the disputed border unsettled.

It is a condition, Beijing hopes, will soften up the Indian government into a more territorial give-mode at the negotiating table.

This seems to be a reoccurring phenomenon with Indian troops facing a similar attack in the same sector on October 8, 2021.
In all, I understand 31 such attacks have taken place in this sector over the years with a prolonged attack having taken place during the Kargil war in 1999 which lasted 60 days.
How has India responded to these frequent and unprovoked aggressive actions?

XXXIII Corps — the largest formation in the Indian Army, responsible for defending India’s territorial claims on the LAC in the north east, is postured to react, which it is experienced and in a position to do.

But it is incapable of being proactive, or taking the fight to the enemy which, in fact, encourages the PLA to continue taking liberties and being provocative on the LAC. 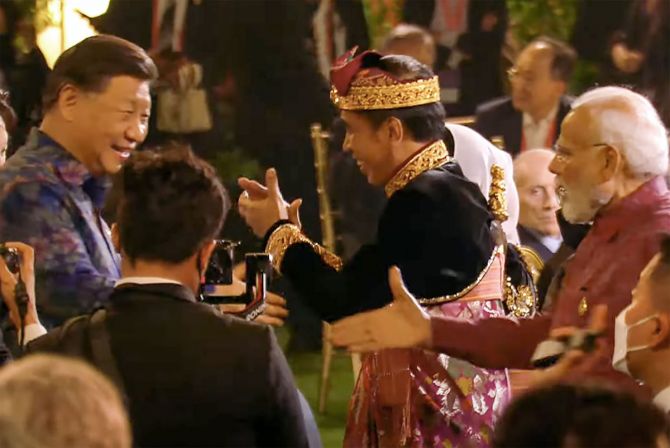 China has been steadily developing its infrastructure in the north east and is known to have built 128 villages on its side of the border with each of these villages known to be housing 100 families each.
How much does our infrastructure match these development activities and does India’s military upgradation match that of China?

The Indian government woke up late to the value of infrastructure in the regions on the Indian side of LAC, and then only because the build-up of high quality roads and telecommunications network so tactically advantaged the PLA it could no longer be ignored.

Still, India is at least 15 years behind China in the density and quality of infrastructure, even if the buildup were to be put on a war-footing.

That may be so. But engineering techniques to, say, construct roads in difficult terrain while much advanced elsewhere in the world are still to be fully adopted by the Border Roads Organisation.

Maybe it is time to speed up the underway infrastructure buildup by bringing in private sector engineering majors, such as Larsen & Toubro, to build roads and bridges, excavate tunnels, and set up dual-use telecommunications systems.

This latest transgression shows that China will continue to change the goal posts on this border issue in order to achieve tactical advantage over us.

So, what’s new? This is what the Chinese have been doing since the mid-1950s when they first laid down the highway connecting the mainland to Xinjiang through Indian Aksai Chin, which activity the Indian government was blissfully unaware of!

Is this being done by Xi Jinping in order to divert attention of the Chinese people from the internal issues troubling the country?
These include unprecedented and widespread protests over the zero Covid policy as also the fact that its economy is not doing well.

Maybe. But as explained in my response to Question 1, these incidents are more likely part and parcel of a policy to keep the disputed border on the boil. 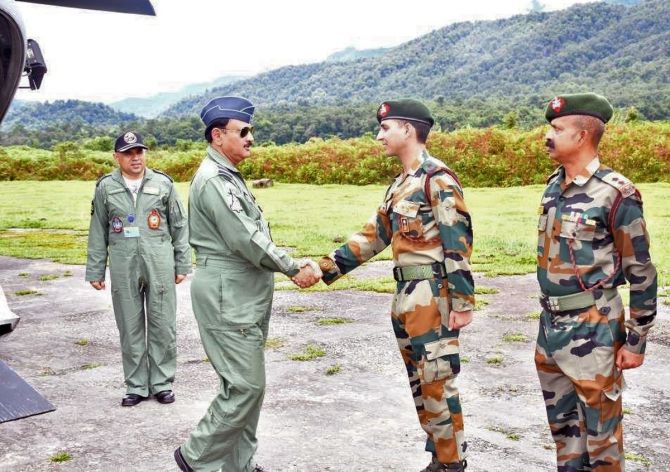 Nationalism is useful to drive nation-building and to pursue policies for socio-economic uplift.

Both Narendra Modi and Xi Jinping are leaders who would like to restore to India and China respectively, their past glories — some of them imagined! 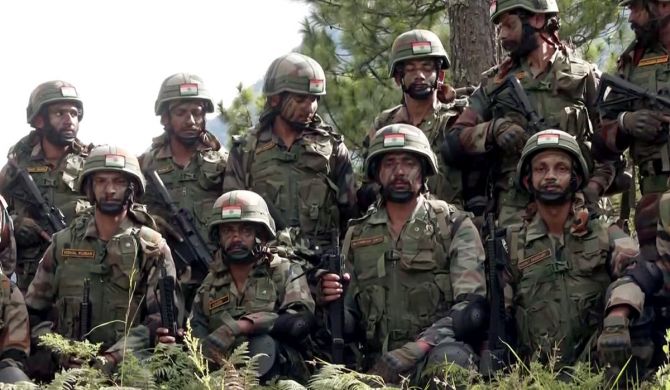 How should India match this belligerence given that China does not want to solve the border dispute?
China has said repeatedly that the whole of Arunachal is its territory and they consider it to be part of southern Tibet.

India has to aggresively counter the Chinese moves by not just reciprocating in kind, but going one better.

It is high time New Delhi played hardball — begin, for instance, to refer to ‘Chinese occupied Tibet’ and championed the cause of ‘Free Tibet’, recognized Taiwan as a separate sovereign entity, campaigned for the rights of Uyghur Muslims in Xinjiang, and closed down the access Chinese goods and manufactures enjoy to the Indian market.

Unless India ups the ante, Beijing will continue to believe its transgressions are cost free, and encourage to do more of the same.

The message from the recent 20th Chinese Communist party congress in Beijing was that the Chinese leadership will not soften its position either in eastern Ladakh or in Arunachal Pradesh.

Again, this is not a surprise. Chinese Communist party congresses haven’t varied in stating their country’s intention to realise territorially the China of yore, which includes, by Beijing’s reckoning, all the countries on the Himalayan watershed — Nepal, Bhutan and southern Xijang (especially the Tawang sector of Arunachal Pradesh).

Beijing needs to be disabused of its notion that this can ever be achieved. 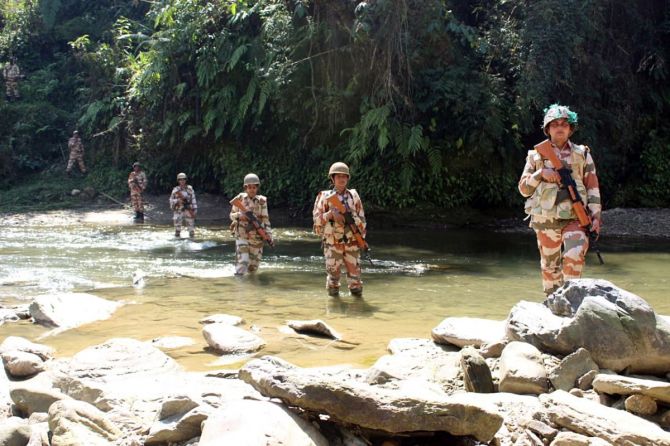 China needs to dominate this area and the only power that can stand against it is India.
Is this over-assertiveness on China’s part an attempt to cut us down to size, but for how long will we continue to find ourselves in this difficult situation?

Beijing has never wavered in its conviction that the only Asian power that matters is China, and the world better adjust to that reality.

India’s stance never challenged this assumption of Chinese supremacy, but rather sought to buy peace with Beijing by opening its market to its burgeoning industrial and manufacturing sector, and was reluctant to use the leverages it had (Chinese occupied Tibet, Free Tibet, Taiwan, Uyghur rights, market access).

It is only when the viciousness of the Galwan incident surfaced in 2020 that some sense began to dawn on New Delhi.

US and Western Europe likewise indulged China’s fantasies about an Asian order overseen by Beijing until the matter of the ‘nine dash line’ claims in the South China Sea and the security of Taiwan in the face Chinese bellicosity melded with other issues — intellectual property rights, technology thievery, cyber warfare, and unbalanced trade, to revive concerns about the threat China posed to Western interests and to global peace and stability generally.

The result is a convergence of geopolitical, strategic and economic interests between India, Japan and other Asian States, the US and western Europe, and the beginnings of a collective effort to contain China.

China is giving US repeated warnings not to get close to the US.

Our response should be to tell Beijing to take a hike. And to warn Xi against getting close to Pakistan and proceeding with the China-Pakistan Economic Corridor.

Consent of destination states not needed: Railways on trains for migrants