Kharge’s statement comes on a day when Union Health Minister Mansukh Mandaviya sought to counter allegations of vaccine shortages and claimed that the Centre had informed the state governments of the allocation of doses in advance. 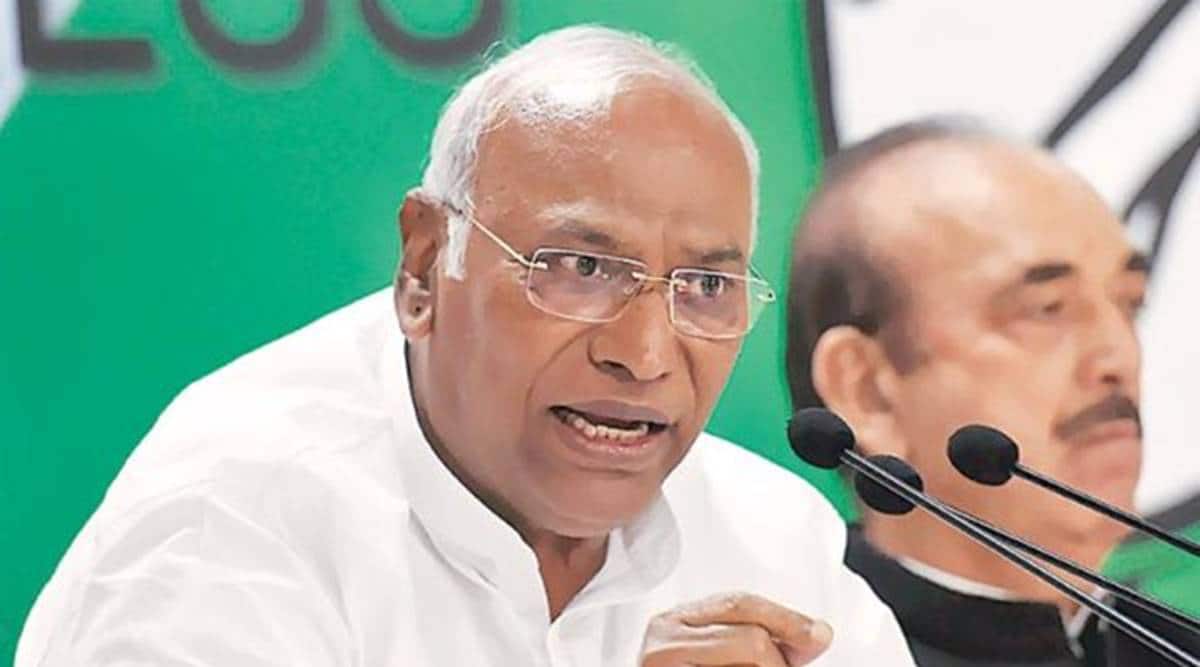 Leader of Opposition in the Rajya Sabha, Mallikarjun Kharge on Wednesday launched a stinging attack on the Centre, alleging that vaccination was progressing at a slow pace and the third wave may affect the country badly due to the “failure” of the Modi government.

In a series of tweets from the Leader of Opposition, Rajya Sabha handle, Kharge wrote, “Govt led by PM @narendramodi claimed that it will fully vaccinate all adults by year end. For that, 80 lakh doses need to be given daily. Yet, only 34 lakh doses are being given daily. Thanks to Modi Govt’s failure, the 3rd wave may hit India very badly.”

He added, “The weekly pace of vaccination has declined to nearly 60% of what was seen in the week after June 21. This has resulted in shortage of vaccines in several states, who are forced to shut down vaccination centres due to unavailability of stocks.”

The Centre had told the Supreme Court last month it expected to get 188 crore vaccine doses — from at least five manufacturers — which would fully inoculate the total 94-crore population above 18 by the end of the year.

In May, the head of India’s Covid-19 task force Dr V K Paul said had said that 216 crore doses would be available in India between August and December. The government’s estimate, Dr V K Paul said, was based on data submitted by manufacturers of eight Covid-19 vaccines.

From May 1, the Centre had made everyone above the age of 18 years eligible for vaccination.

Alleging that there were severe vaccine shortages, Kharge further stated, “Tamil Nadu has received only 1.67 crore doses of the 2 vaccines, against a demand of 11.5 crore doses. Maharashtra has administered 3.7 crore doses but the State govt has passed a resolution demanding 3 crore doses per month to vaccinate enough people in the state.”

The senior Congress leader added, “Several COVID Vaccination Centres in Telangana have run out of Covaxin doses. Kerala has the capacity to deliver 2.5-3 lakh doses per day but the huge supply-demand mismatch has reduced the pace of vaccination. 24 of 30 districts have run out of vaccines in Odisha… Delhi’s vaccine stock is so low that 500 centres had to be closed due to shortage. Lack of sufficient doses of the vaccines has forced Andhra Pradesh to prioritise giving the 2nd dose to the beneficiaries due to receive it by limiting giving the 1st dose to certain groups.”

Kharge’s statement comes on a day when Union Health Minister Mansukh Mandaviya sought to counter allegations of vaccine shortages and claimed that the Centre had informed the state governments of the allocation of doses in advance.

In a six-part Twitter thread in Hindi, Mandaviya asserted that “useless statements (on the availability of vaccines) are being made only to create panic among the people”.

One dies, 60 students hospitalized after ‘eating mid-day meal’ in Koderma