It needs to, can and must look into systemic issues where a lot must be done with utmost urgency 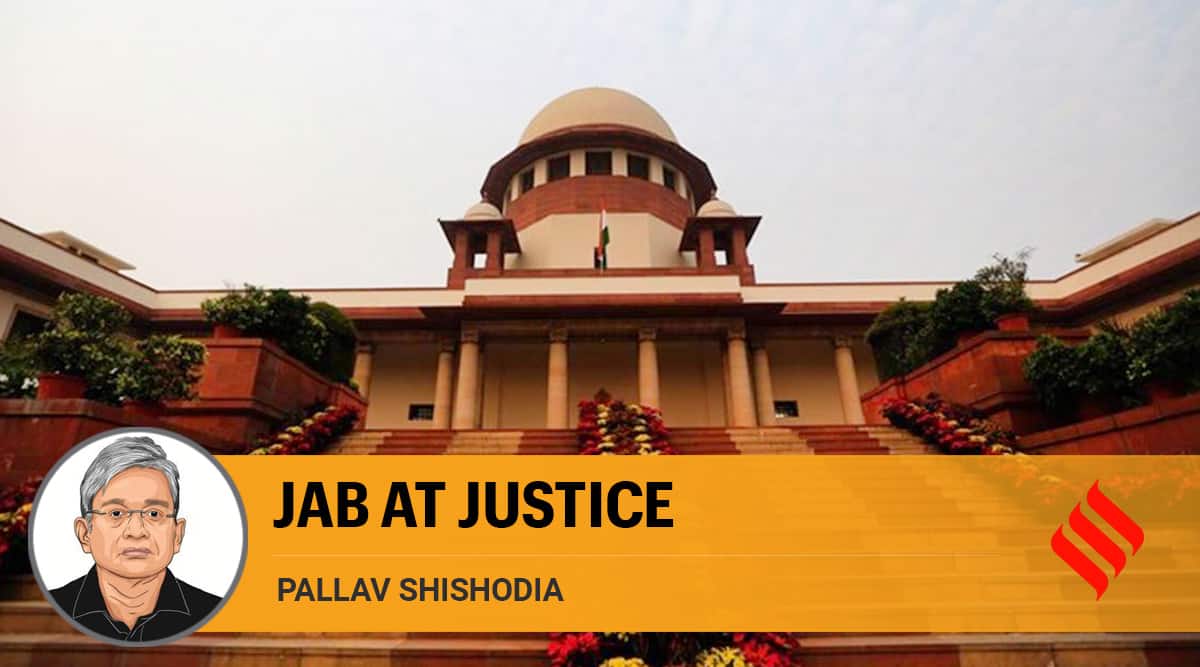 We live in a time that comes once in a century. The pandemic carries on with no end in sight, except the departure of near and dear ones. What can the Supreme Court of India possibly do to safeguard the right to life guaranteed under Article 21, for which it is duty-bound to exercise jurisdiction under Article 32 of the Constitution of India?

Let us consider one aspect, namely, universal vaccination. It is a glimmer of hope when a small country like Israel resumes normal life after the vaccination of almost its entire populace. China, too, impresses with large-scale vaccination and pandemic-free movement of its people and economy, though too many reliable details are not available from the other side of its iron curtain. The Supreme Court of India can facilitate speed and deeper penetration of universal vaccination, which is now commonly accepted as the only possible solution to the pandemic in the long run.

There has been an enormous burden on the Government of India (GoI) to conceptualise, roll out and respond dynamically to the goal of universal vaccination within and outside the country, as the pharmacy of the world. The unprecedented severity of the second wave has moved us away from a universal to a domestic, inward gaze. It reveals that any institution, howsoever well-meaning, committed and hard-working, in this case, the executive, has the limitation of one. The scattered and untapped energy of civil society, NGOs and public-spirited people needs a proactive push from the judiciary to rally behind science, scientists and medical wherewithal.

First, the conceptual issue, which still intrigues us. Should the vaccination be confined to 18-plus or be made available to all? An informed debate as to desirability, availability and targeted goals is needed. The Supreme Court can provide an open and transparent platform by invitation to eminent individuals and impleadment of institutions such as WHO, ICMR, AIIMS, IITs, major universities, hospitals from India and abroad. On its part, the Supreme Court can have a dedicated bench available for e-filing and virtual hearing anytime that is convenient for the judges during and after normal judicial hours.

Let it be clear that this exercise on conceptual clarity is not for an academic seminar. In retrospect, we might have evaded some of the horrendous consequences of the second wave if there had been a wider authoritative debate beyond the self-serving media. For the road ahead, this exercise is extremely important for a more effective vaccination regime.

To ensure an equitable and pervasive rollout with easy availability of vaccines, the legal frame of three Ps (production, price and patents) needs a rigorous look by the court to protect life. The environment cases provide a long line of precedents — if at all any jurisprudential basis is needed. This time, the danger is far greater than sporadic events of pollution from industry, mining and infrastructural development. There cannot be a better case for proactive suo motu jurisdiction to ensure the right to life.

It is time to question patents, real and allegedly WTO-protected, or claimed by vaccines that have been developed with aid from the state in research and development. These patents, if established, must be immediately acquired with just and adequate compensation and made accessible to all manufacturers. This was done for medicines for AIDS. It can be done again under the Patents Act. The Court can also issue mandamus to undertake this exercise on an emergency basis. Thereafter, all pharmaceutical companies with Good Manufacturing Practices (GMP) as per the Drugs and Cosmetics Act must be allowed to manufacture vaccines at a pre-approved price of cost + 6 per cent return on investment. States can also be directed to incentivise the setting up of new manufacturing facilities as a possible third wave, periodic booster doses and the need for ancillary vaccines make it a long-term phenomenon. Of course, all this has to be ensured in addition to the free import of vaccines approved by advanced nations.

The availability of all the vaccines, whether indigenous or imported, must be free for all the recipients to be paid by GoI. The vaccines can be distributed to states on a pro-rata basis as per population and price adjusted as part of general revenue sharing in GST. After all, we are one nation with one tax. Those who want to pay may channelise their charity elsewhere but not to distort priorities in the vaccination drive.

Likewise, the vaccine administration needs to be ramped up both in state and private facilities. We need a massive Swachh Bharat-like propaganda exercise and mobile vans for “at your doorstep” vaccination. For vaccine hesitancy, we need to incentivise the vaccination through a direct deposit of Rs 500 in Jan Dhan accounts for each vaccinated member of BPL families. This vaccination can be made compulsory for identifiable categories of persons from MGNREGA beneficiaries to Aadhaar Card holders to income-tax payers to bank account holders to driving-licence holders. There must be a strict penalty to be recovered from those who do not get vaccinated without medical reasons. Private efforts can be made eligible for reimbursement of cost.

The Supreme Court needs to, can and must look into systemic issues where a lot needs to be done, can be done and must be done with utmost urgency. Vaccination is one major issue amid a clamour for oxygen, medicines, medical infrastructure and lockdowns. The politics which goes with all this is inevitable in a democratic society. So be it! The Supreme Court can steer us, with greater emphasis on the right to life. The pandemic may leave nothing and nobody behind to bicker about.

This column first appeared in the print edition on April 30, 2021 under the title ‘Jab at justice’. The writer is senior advocate, Supreme Court of India.

10 amazing photos you missed this week

Maharashtra: SSC Applications for marks under arts quota to remain open till Feb 15

Rochelle Humes reveals Marvin ’hates’ working with her for THIS reason