Situated on the banks of the river Ganges, the 12-acre complex of the Patna Collectorate contains within it a precious slice of history from a time when the city used to be a bustling trade centre for Europeans. 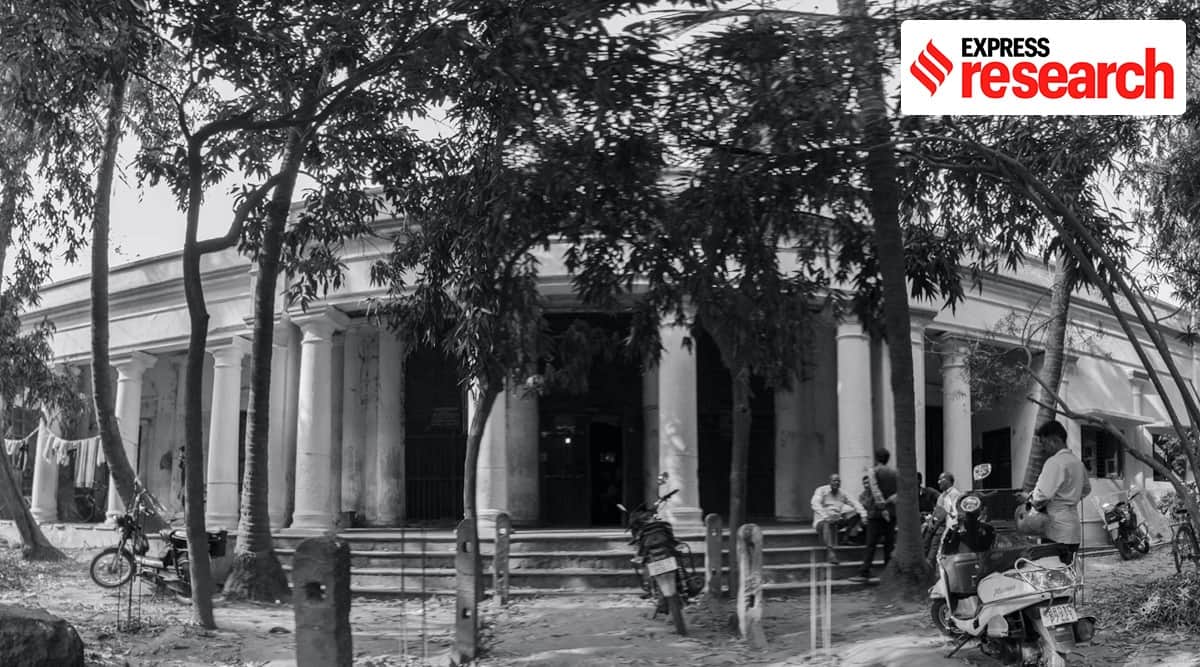 A Dutch era architectural delight has been at the centre of much controversy in Bihar lately. Situated on the banks of the river Ganges, the 12-acre complex of the Patna Collectorate contains within it a precious slice of history from a time when the city used to be a bustling trade centre for Europeans.

The Bihar government had first proposed the idea of demolishing the landmark building in 2016. The matter subsided briefly with petitions pouring in from the Indian National Trust for Art and Cultural Heritage (INTACH), citizens and historians coming together to form the ‘Save historic Patna Collectorate’ movement, as well as the intervention of the Dutch ambassador.

However, the matter came up once again in 2019, and about a year later, in the days preceding the Assembly elections in Bihar, CM Nitish Kumar laid the foundation stone of a sprawling new complex which is set to come up in place of the 200-year-old structure. Although the Supreme Court put a stay on the demolition soon after, in September, the matter has put the European connections of Bihar’s capital in focus. Parts of the Patna Collectorate were built by the Vereenigde Oostindische Compagnie (VOC), also known as Dutch East India Company. The complex, which was handed over to the British by the Dutch following the 1824 Anglo-Dutch Treaty, is one of the last surviving links the city has to its past as a major river port with trade across the world.

A link to the history of European trade

Apart from playing an important role geographically for the Mughals, the city of Patna turned into a financial hub with the arrival of European merchants as early as the 16th century. At the time, Asia was the most-preferred destinations for European trade, and many were engaged in large-scale businesses in the Bihar region, then part of the Bengal province.

Patna’s location, at the crossroads of the long-distance riverine and overland routes of the Mughals, made it ideal to set up camp. “Much like present-day Singapore, Patna at the time was a major trans-shipment hub. Goods coming from as far away as Sindh were relayed here, loaded on small ships and sent through the Ganga to Kolkata,” Professor Murari Kumar Jha of the Ahmedabad University explained to Indianexpress.com. 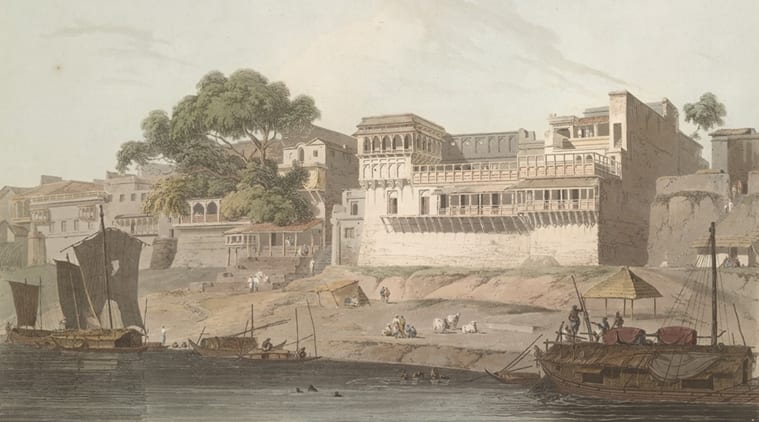 Follow its trading centres in Surat and Agra, the English East India Company became the first to set up a factory in Patna in 1620 as part of its expansion into the Gangetic plain. However, the venture was short-lived and had to be closed within a year.

“Commercial activities at Patna seem to have resumed when, in 1646, the Dutch merchant Thomas van Cuijck obtained a “fierman” (farman) from Prince Shuja for the toll-free transportation of goods between Hugli and Patna via the Ganga. Unlike the English, who previously attempted to reach Patna from Surat and Agra, the VOC entered the commercial economy of the rich Ganga plain from the Bengal delta. Again, in contrast to the short-lived English venture of 1620, the Dutch established themselves there for almost one-and-a-half centuries,” writes Jha in his paper, The political economy of the Ganga River: highway of state formation in Mughal India, c.1600-1800.

The presence of European merchants in the region was also chronicled by travellers of the time who were impressed by the scale of business as well as the architecture. 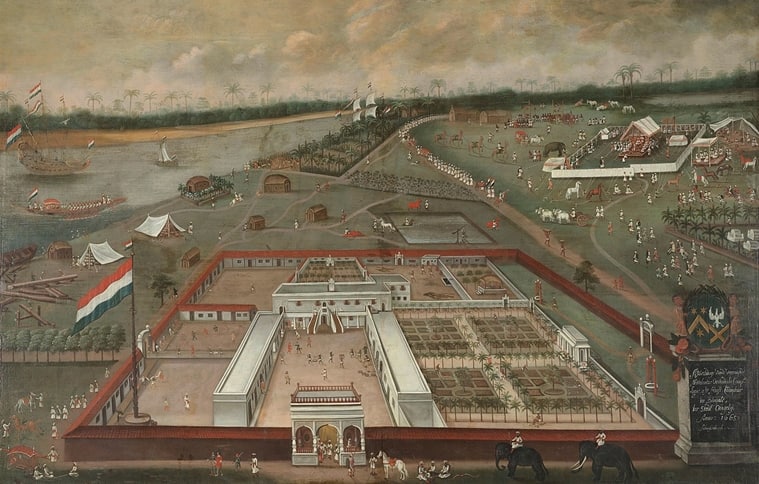 Professor Kumkum Chatterjee in her paper titled Darbar Politics In The Bengal Subah notes of a report dating 1620 that says the city “was thronged every year” by Mughal merchants from Central Asia and Iran, the Armenians, the Portuguese and representatives of the Dutch and English trading companies. “These merchants converged on this city every year primarily for the purchase of cotton textiles, opium and saltpetre. Patna’s cotton piece-goods were at this stage the biggest draw for merchants from outside the region,” Chatterjee writes.

Francois Bernier, a French traveller attached to the Mughal court of Emperor Aurangzeb, records: “I have been sometimes amazed at the vast quantity of cotton cloths, of every sort, fine and coarse, white and coloured which the Hollanders alone export to a different place, especially Japan and Europe. The Dutch have sometimes seven or eight hundred natives employed in their silk factory at Kassem-Bazar (Cassimbazar in present-day West Bengal), wherein like manner, the English and other merchants employ a proportionate number.”

Textiles were clearly the primary commodity of the region and historians note that it produced cotton textiles far in excess to what it consumed. The trade-in saltpetre — an essential ingredient in the making of gunpowder — was another sought-after commodity. Interestingly, it had no use for the Mughals, Armenians and other players in the Patna market, but was widely sold to the Dutch and English companies. The saltpetre trade grew exponentially in the 17th and 18th centuries and brought a steady flow of money to the provincial courts, zamindars and merchants of Bihar region.

Then there was opium, large-scale consumption of which had created a huge market in the 17th century in Southeast Asia and China. Though initially procured from Malwa in Central India, the increase in demand led traders to buy opium from the market in Patna as well. 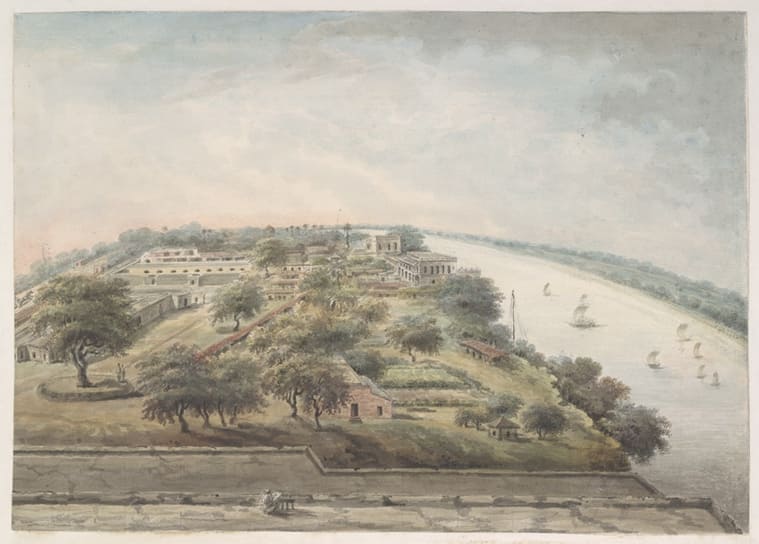 Professor Anand Yang in his book Bazaar India: Markets, Society, and the Colonial State in Bihar make a note of the huge volumes of trade in Patna. “In 1876-77, registered exports were valued at Rs 36,222,400, or 11.1 times the value of goods sent out in the 1810s; total imports were estimated at Rs 44,651,000, or 6.8 times the 1810s value. This trend accords perfectly with the now well-established pattern of increasing trade in the late nineteenth century, particularly of certain kinds of medium- and low-value agricultural goods,” Yang writes.

In terms of the volume of trade amongst the Europeans, the Dutch were considerably ahead of the English East India Company till the beginning of the 17th century. “Unlike the English Company which had intentions of doing more than trade, the Dutch primarily came to India to purchase textiles and sell them further to Indonesia,” says Dr Lennart Bes, a lecturer of Indian and Dutch colonial history, Leiden University. 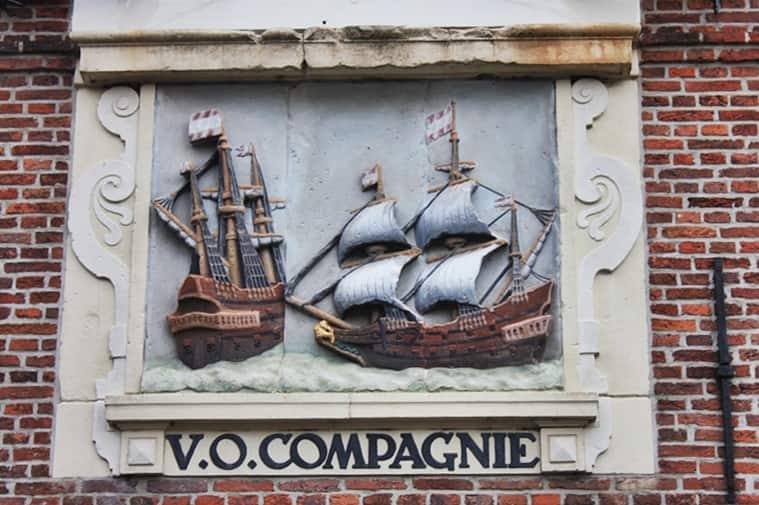 Apart from trading in the western region and along with the coromandel coast, the VOC decided to make a base in the Bengal province. “It was a very profitable region for them,” Lennart adds.

The decline of trade in Patna

For more than 300 years, Patna remained one of the most important trading centres in northern India. However, the arrival of the Railways in the early 19th century changed the equation. Railway ended the city’s role as a forwarding station and diverted all commercial traffic away from River Ganga.

“Railways diminished the centrality of Patna in two respects. First, the traffic, particularly that conveyed by country boats, which converged on Patna en route to its hinterland or to other areas, no longer needed this intermediate stop. The new railway lines in the north enabled small traders especially to remit their goods directly to Calcutta instead of sending them on to Patna. With freight charges lower for goods transferred directly between the place of origin and Calcutta without stopovers, many traders opted for the better rates and bypassed Patna,” Yang writes.

The politics of the Collectorate

When the Dutch arrived in Eastern India in the 17th century, they established numerous trading posts at Dhaka, Murshidabad, Malda and Patna. What is today the Collectorate complex in Patna, was originally set up by the VOC and was handed over to the British as part of the exchange between the two European giants during the Anglo-Dutch Treaty of March 17, 1824. 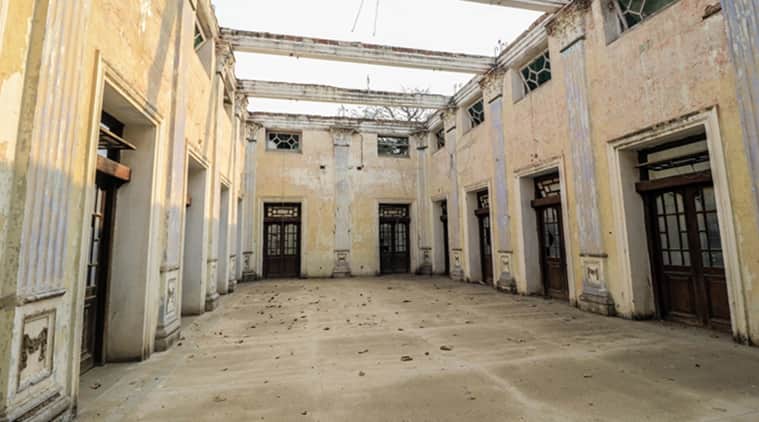 The building apart from playing the role of a godown for the traders also functioned as Court of Appeal finally before ending up being used as Collectorate by Britishers from 1857. It was also used as an observation station during the Great Trigonometrical Survey, a landmark project of the 19th century that aimed to measure the entire Indian subcontinent with precision and also played a part in Richard Attenborough’s Oscar-winning film Gandhi.

The Bihar government contends that since the building was used as a godown for storing opium, it holds no vital ‘heritage’ as such, an argument heritage lovers refute. 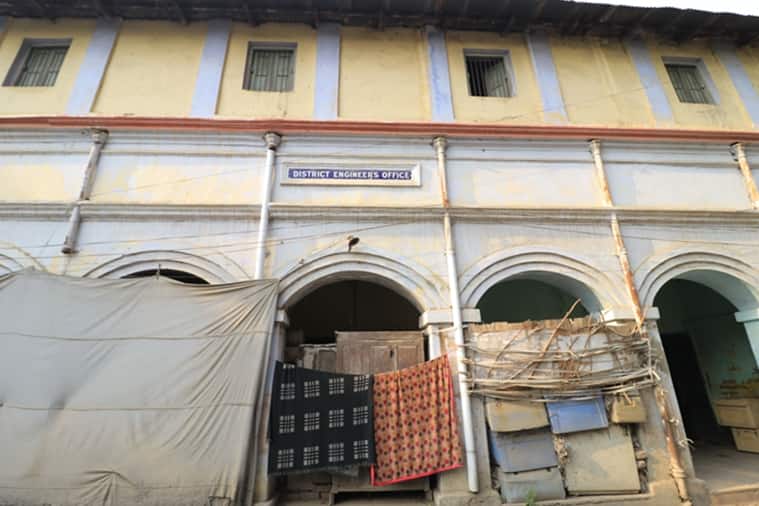 Professor Jha, who sees the building as a symbol of Patna’s thriving trade, says, “Buildings are part of our live history. You read about these things in books, but to see them is another thing. The Collectorate building in Patna is part of the city’s identity. If you see the future of Patna or Eastern India as a thriving economic zone, then you have to protect and preserve that history, and the easiest way to do it is by protecting the buildings monuments of those times.”

Offering a plausible solution to the controversy, Manish Chakraborty, a conservation architect, says that attempts should be made to “‘co-exist” the old and proposed new building. “Conservation or preservation of an important building like that should be attempted not by demolition but by adapting and reusing it. If you cannot preserve it like any national museum, the next stage will be to try and see whether you can adapt it in your development programme and not demolish,” said the professor at Kolkata’s Sister Nivedita University.

“The Bihar government should take up this challenge of synthesis of the old and new.”

Running since 2016, the ‘Save Historic Patna Collectorate’ has over 2,400 supporters from nearly 20 countries including, US, UK, Canada, Iran, Scotland, Brazil, Australia, Italy, France, Pakistan, Bangladesh and Singapore.

The 'This Is Us' Cast Are All Together (Yes, JACK TOO) for The Emmys and You're Crying Already, Right?