A R Vasavi writes: It has stalled erosion of democracy in India, strengthened a new coalition of different interest groups, including farmers, workers, Dalits and civil society, and challenged the hegemony of agri-business 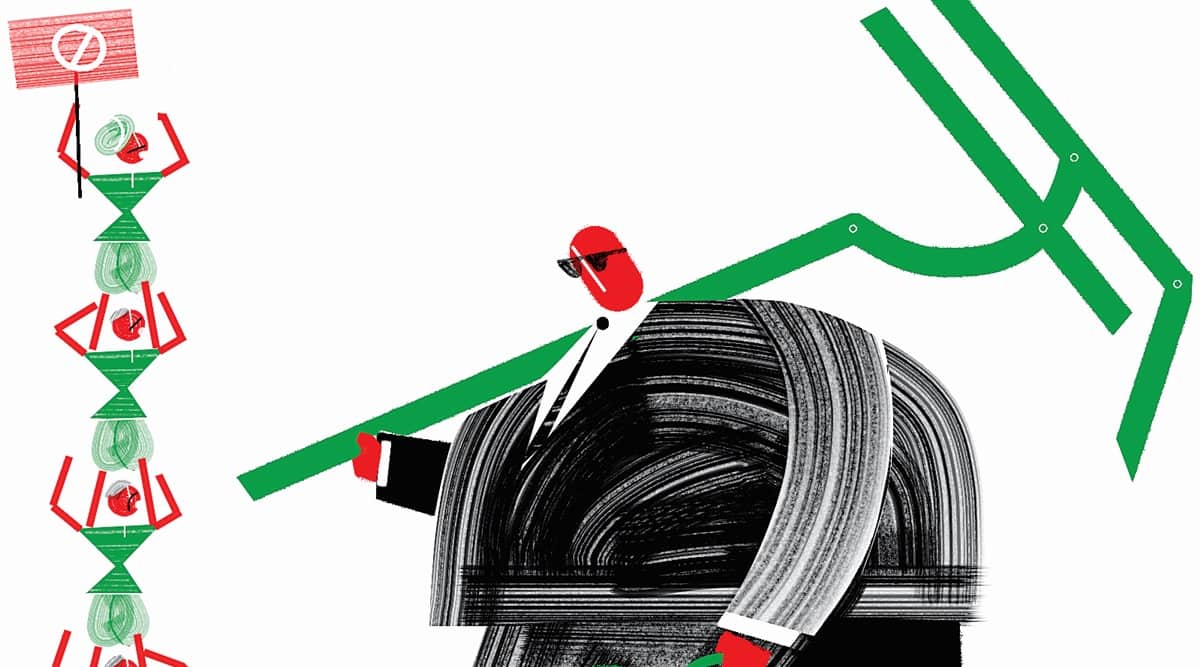 Marking 10 months since the start of the farmers’ movement against the three draconian Farm Acts, demonstrations were held all over India, including the heart of the farmers’ movement outside Delhi. In their tenacity, outreach and representation, the agitating farmers and the movement signal not only a historic moment for agrarian India but have also laid out several lessons for us.

Far from the Marxian maxim that dismisses their mobilising capacities and considers them to be a “sack of potatoes”, the farmers have combined forces to challenge the state and its depredations against them and the nation. The movement now seeks to address not only issues of agricultural policy but also that of the decline of democratic structures and processes. The conduct of the Kisan Sansad (farmers’ parliament) will long be recognised for the content, process and decorum with which farmers and others made arguments and presentations. It may not be out of place to record that the farmers’ movement has stalled the erosion of democracy in India.

In ignoring their demands and then deploying punitive, violent and anti-democratic strategies against the farmers, the state has highlighted its devaluation of agriculture and agriculturists. That the current body of elected representatives does not represent the interests of the majority, that is the farmers, is explicit in the blatant disregard and violation of farmers’ interests and demands. In sum, the failure to address farmers’ grievances will be the hallmark of the failure of the NDA government.

Barring a few newspapers and television channels, the mainstream media has not only blocked out news and updates of the movement but has resorted to spreading disinformation and calumny against the movement. The media has largely succumbed to the dictates of the state and corporate interests and has failed in its democratic responsibilities. In deploying their own media to disseminate information and to represent themselves, the farmers have not only become media-savvy but have indicated that sharing information and open communication are key to democratic movements.

The strategies that the farmers’ movement has evolved are based on principles of non-violence and non-cooperation. It has shown the capacity to be well-organised and collaborate across several domains and actors. The movement has engaged in humanitarian acts that highlight and celebrate not only the Sikh practice of seva or service but also bring to the fore the leaders’ abilities to uphold the principles of peace and tolerance even during times of distress and violence.

Either ignored or invisibilised until now, women who are the backbone of India’s agriculture have been given voice, agency and visibility through the movement. This gain will go a long way in addressing the gender bias that has been built into rural culture and the agrarian economy. The nation may now see the emergence of some young women farm leaders on both the regional and national political stages.

The farmers’ movement has articulated and strengthened a new coalition that now consists of farmers, workers, students, Dalits, and civil society members. Years of fragmenting political-economic agendas have not seen the emergence of broad-based interest groups forming coalitions. The farmers’ movement has broken this insulation, and future collaborations and sharing of concerns are possibilities.

Urban middle-class and elite indifference to farmers’ issues continues. The silos that the urban middle and upper classes live in, the biased mainstream media, and the assured supply of food and other resources have ensured this. Only further exposure of these classes to the overall iniquitous and anti-rural and anti-agricultural political economies of the nation may help overcome their biases. It is this class of citizens that needs to be better engaged with so that they also become supporters of the farmers’ movement.

The farmers’ movement has received global media attention and also interest from the marginalised small farmers of the US, the green farming community of Europe and other countries. Its ability to challenge the hegemony of corporate agriculture or agri-business and to find a way forward on its own terms will be closely watched and studied. The possibility of the farmers’ movement to evolve and institute an alternative to corporatised agriculture or agri-business, both national and global, will be key.

The current impasse between the farmers’ movement and the central government indicates the need to re-assign agricultural issues to state level and to return agriculture to its constitutional status as a state subject in the federal system. Building on this, it is time for all policymakers and farmers to recognise that neither populist policies nor submission to corporate interests, such as the three Farm Acts, will resolve the deep problems that beset rural and agrarian India. The first step towards doing this is for Parliament to declare all three Farm Acts as null and void.

Finally, in extending the strength, tenacity, and vision that the farm leaders have developed in engaging with and sustaining this long and important movement, they must also articulate and promote detailed alternative visions and ideas for agriculture. No longer can the existing system of state-based subsidies or corporate and purely market-oriented approaches do. Going beyond the norms of productivity and subsidies, new imaginaries that focus on seeing the rural and the agricultural as sites to realise social justice, ecological sustainability, economic stability and political representation will be required. In all of these, farmers and farm leaders must commit to new possibilities in which the rights of farmers as citizens — and not as supplicants or subjects — are recognised.

This column first appeared in the print edition on September 29, 2021 under the title ‘Learning from the farmers’. The writer is a social anthropologist working with the Punarchith Collective in Karnataka