Tejashwi Yadav's tractor ride, in which he was joined by some party colleagues including RJD national general secretary and MLA Alok Mehta, began at his residence, right across the road from the chief minister's bungalow. 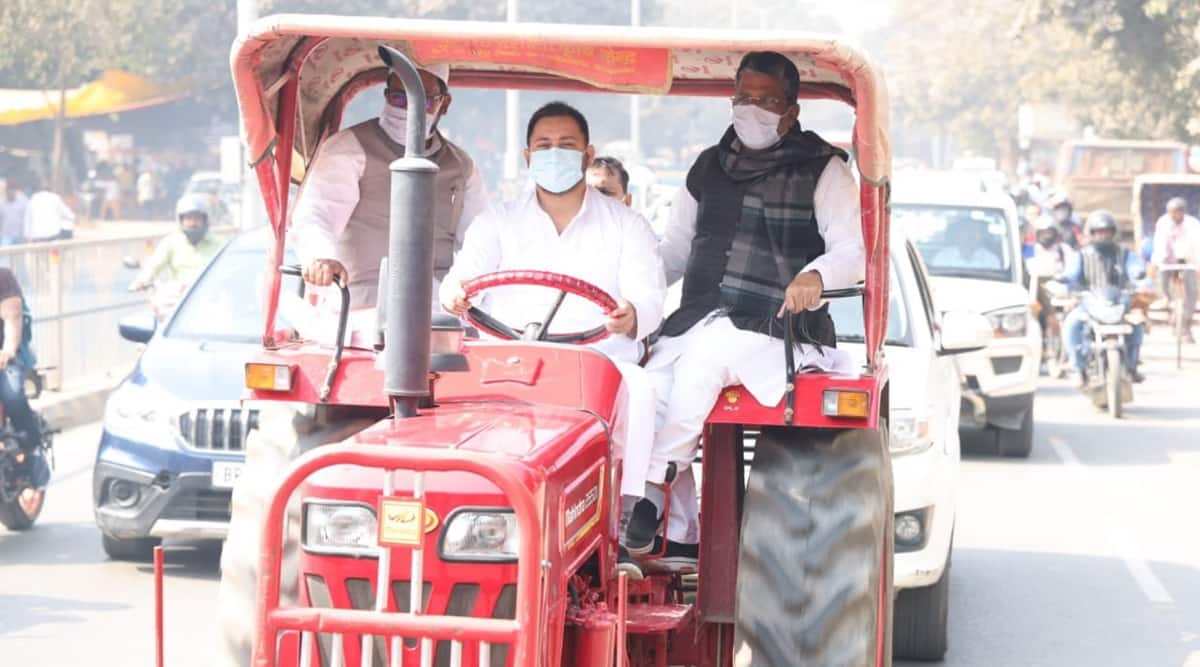 RJD leader Tejashwi Yadav on Monday drove a tractor to reach the Bihar assembly, in an expression of solidarity with those opposing the farm laws and protest against spiralling rise in prices of petrol, diesel and cooking gas.

The leader of the opposition also flayed the Nitish Kumar government in the state for keeping mum on the issue of oil price rise and claimed that agriculturists in Bihar were often forced to sell their produce at rates less than half of the MSPs because of the abolition of APMCs.

Yadav’s tractor ride, in which he was joined by some party colleagues including RJD national general secretary and MLA Alok Mehta, began at his residence, right across the road from the chief minister’s bungalow.

“We expect a proper statement from Chief Minister Nitish Kumar on the skyrocketing prices of oil which he has acknowledged but stopped short of commenting on. He must also explain what have the farmers gained by the abolition of agricultural produce market committees (APMCs) in Bihar. Many cultivators are forced to sell their produce for Rs 700-800 as against the minimum support price (MSP) of Rs 1800,” Yadav told reporters.

He also expressed disappointment over the Speakers rejection of their proposal to mourn, on the floor of the House, the death of more than 260 farmers who have died in the course of the agitations and said, his tractor ride was aimed at reminding the powers that the much-used slogan “Jai Jawan Jai Kisan” sought to accord the same respect to agriculturists as soldiers guarding the country’s borders.

Yadav’s tractor ride to the assembly, situated about a kilometre away, was marked by harried security personnel scampering along, clearing the traffic for the leader of the oppositions vehicle, until it was stopped at the gates of the Vidhan Sabha premises.

The young RJD leader wondered whether rules prevented him from taking the vehicle right up to the portico. Security personnel requested him to alight pointing towards the rush of cars of other legislators and officials and the obstruction being caused by the tractor.

Yadav, thereafter, walked to the assembly building where MLAs of the Congress and the CPI(ML), the RJDs alliance partners, had staged demonstrations to highlight the plight of farmers.

He, nonetheless, asserted “we had taken out a tractor rally last year, soon after the farm bills were passed evoking resentment from the farmers. We will continue with such measures till the government is compelled to take a sympathetic view of farmers demands”.

Congress MLA Shakeel Ahmed Khan stood with a contraption shaped like a weighing scale with packets of food grains and pulses hanging from either side.

Those belonging to the ultra-Left CPI(ML) stuck to the conventional mode of placards inscribed with slogans.

Karnataka: no disconnection till June 30 if electricity bill not paid

Yet to decide on Ranji trophy, BCCI gives go ahead for women’s domestic season

YSRCP, TDP in war of words over report of Kia moving from Andhra to Tamil Nadu 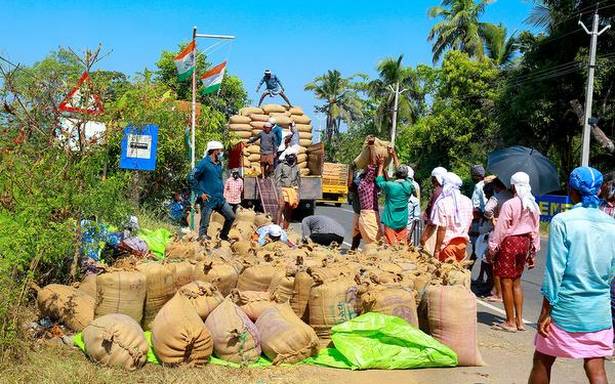 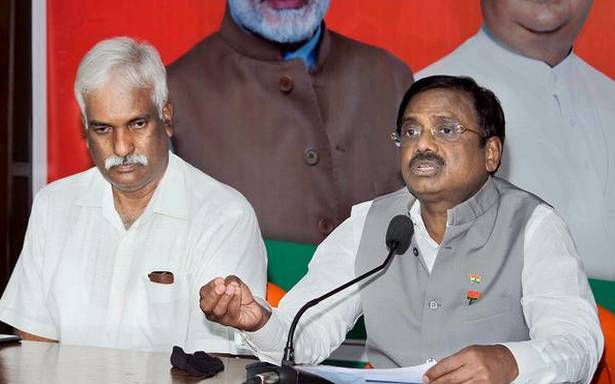