Being the second largest economy in India contributing 8.4 per cent to India’s GDP, CM Palaniswami said it was the 1992 industrial policy by the then Chief Minister late J Jayalalithaa which paved way for the automobile revolution 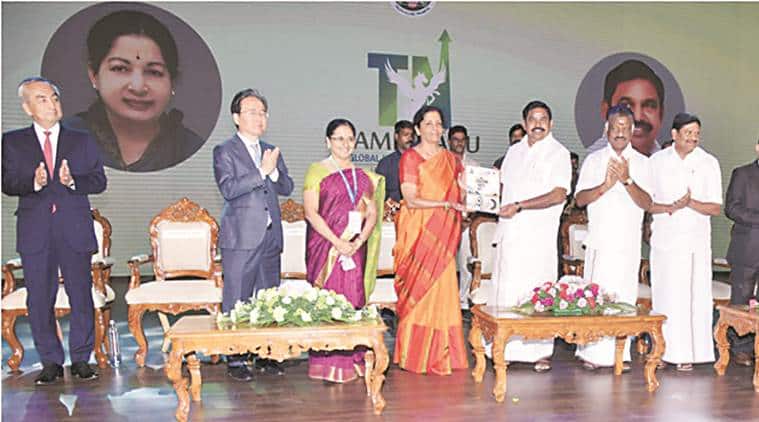 Stating that the response his government received from investments and proposals was surpassing all expectations, Palaniswami said on Thursday that the signing of 146 Memorandums of Understanding (MoUs) worth Rs 3.4 lakh crore will promise job opportunities for about 10.5 lakh people in the state.

“We have been able to attract both foreign and domestic investments,” the CM said, adding that MoUs include investment commitments from Japan, South Korea, Taiwan, Germany, France, Finland, USA and China.

“Being one of the top players in automobile manufacturing,” he said, “we will also soon excel in electric car manufacturing too,” referring to Hyundai’s major expansion plans. He said that CPCL’s refinery plans in Nagapattinam would also be a game changer with lots of employment and economic opportunities for the public of Nagapattinam district, one of the regions in Tamil Nadu battered by frequent natural disasters including tsunami and cyclones.

“I am happy to say that GIM 2019 was not only for large industries. There was special focus on MSMEs. Over 32,206 crore rupees of investment has been committed in the MSME sector. This GIM has also attracted investments in the food processing industry. GSE Avigna has signed MoU for setting up a mega food park with an investment of 2,000 crore rupees,” the CM said in his valedictory speech.

Adani group’s Rs 10,000 crore investment plan for the expansion of Kattupalli Port, north of Chennai, PSA France’s Rs 1,250 crore worth investment for manufacturing of Peugeot cars in Tiruvallur district, Eicher Motors’ expansion plan worth Rs 1,500 crore are among the other significant investment plans finalised at the Meet.

Being the second largest economy in India contributing 8.4 per cent to India’s GDP, Palaniswami said it was the 1992 industrial policy by the then Chief Minister late J Jayalalithaa which paved way for the automobile revolution and enabled Tamil Nadu to attract auto majors like Ford and Hyundai.

He also pointed out that it was again Jayalalithaa’s government in 2003-04 that launched “an electronics industry revolution in Tamil Nadu by attracting global electronics companies, making Tamil Nadu the hub for electronic manufacturing.”

On Wednesday, during his speech at the inauguration of GIM, Palaniswami had said the power sector in Tamil Nadu has witnessed a revolution in the past seven years.

In both his speeches, the CM asserted that the state will soon launch an ‘Electric Vehicles Policy’ to promote new generation electric vehicles with appropriate incentives, besides introducing environmental-friendly electric buses in metro cities shortly.

The two-day Investors Meet had seminars with focus on five countries and investments, besides an active partnership of France, UK, Japan, South Korea, Australia and Singapore.

C Sampath, the state minister for industries, said the GIM has been careful in attracting investments in diversified sectors, not only in traditional sectors.