In Arunachal Pradesh, where hunting has traditionally been a way of life, an air gun surrender program is spelling new hope for conservation 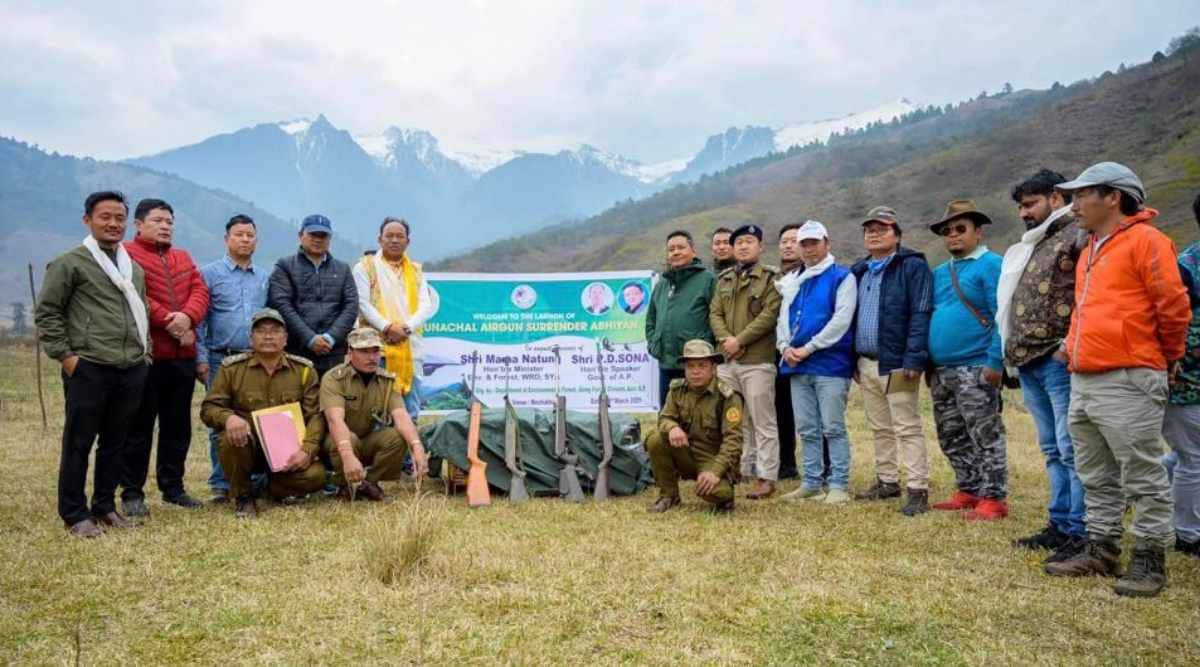 On April 3, Katan Yomse, a farmer from Tajung village in Arunachal Pradesh, deposited his trusted air gun in a packed auditorium in Pasighat. Applause ringing in his ears from an audience that included the likes of Chief Minister Pema Khandu and Union Sports Minister Kiren Rijiju, Yomse thought to himself: “Jeeyo aur jeene do.” Live and let live.

Yomse had bought the rifle for Rs 7,000 from the market 5 km away in Pasighat in the early 2000s. In the years that followed, it became his favourite accessory for hunting sprees in the thicket that surrounded his village.

But on Saturday — nearly two decades after he bought the gun — Yomse headed to Pasighat to participate in the ‘Air Gun Surrender Abhiyan’, a state government initiative inviting people to voluntarily surrender their air pistols to stop indiscriminate killing of birds in Arunachal Pradesh.

Since March, 420 air guns from more than 20 villages have been surrendered. Hunting: a way of life

For many communities in Arunachal Pradesh, hunting is a community practice steeped in history and culture, going beyond the transactional act of killing and eating or selling. In the words of Tashi Mize, Division Forest Officer, Pasighat, it is a “way of life”.

“We have been living with nature for as long as we can remember,” said Mize, who belongs to the Adi community, known particularly for their hunting practices. “Our forefathers were very knowledable about nature. But earlier hunting was more of a seasonal activity, limited primarily to our rituals.”

But with the proliferation of air guns and rifles, found freely in markets, hunting has increased manifold in Arunachal Pradesh. “Everyone owns one,” said Yomse, adding that while hunting with bows, arrows and traps was practice for his forefathers, the weapon he used was a recent, and far more harmful, import.

An anthropologist, who has worked extensively with communities of Arunachal Pradesh, explained hunting in tribal societies “as a means to getting protein, asserting control over land, establishing gender roles — intertwined with belief and spirituality.”

But over time, tradition has been mixed with technology (guns and pistols), and the act has commercialised. “For example, traditionally bird hunting involved using bamboo traps — these took out birds but did not exterminate then,” the anthropologist, who did not wish to be named, said, “With air guns, it is indiscriminate and can wipe out species.”

It is to combat this that the Air Gun Surrender Abhiyan was launched last month. For Mama Natung, Minister of Environment & Forests, Arunachal Pradesh, who has helmed the initiative, the logic was simple. “Arunachal covers an area of 83,743 sq km — out of which 80 per cent is covered with forests, where we have some 500 species of birds and animals, perhaps many more undiscovered,” he said, “If we keep killing them, our forests will disappear.”

For the last few months, the minister and his team have collaborated with the district administration, forest department officials, NGOs and Community-Based-Organisations (CBO) on the ground to hold massive awareness drives.

On March 17, the initiative was launched at Lumdung village in East Kameng District, where 46 air guns were surrendered. In return, the person got a certificate of appreciation.

The programme is completely voluntary and aimed at gradually easing villagers into the concept. “Moreover, we want to raise awareness about conservation. Now if we coerce them to do it, would there be any point?” Natung pointed out. 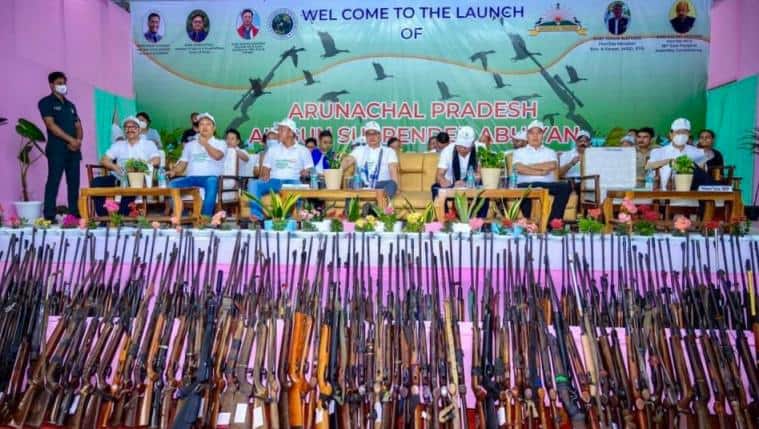 Natung said that the debate around traditional hunting is more complex. “But with sophisticated air guns, some installed with telescopes, even small birds are not spared,” he said.

While the 420 surrenders have been a cause for celebration, the journey has been far from easy.

“Ten years of hard work,” said Talut Siram, Secretary, East Siang chapter of Adi Bane Kebang, the influential civil society group that represents the Adi community in Arunachal Pradesh. The organisation has been promoting the initiative among the community.

“In the beginning most people did not accept what we said, we even got death threats,” said 45-year-old Siram, “But over the years, I have been interacting with nearly 300 villages, trying to highlight the damage we have already caused to the environment.” Tada Natung, who is the chairman of a social and cultural welfare organisation in Papu Valley of East Kameng district said many times villagers would initially respond: “Chidiya ko maarne se forest ke saath kya lena dena? How does killing a bird affect the forest?”

“Then we would explain processes like pollination, habitat loss and how, while hunting was a necessary means of subsistence before, now it is not,” he said.

By the third or fourth meeting, they would make headway. “People have themselves started noticing the change in climate patterns. Delayed rains, longer summers which affect their crops,” said Mize. 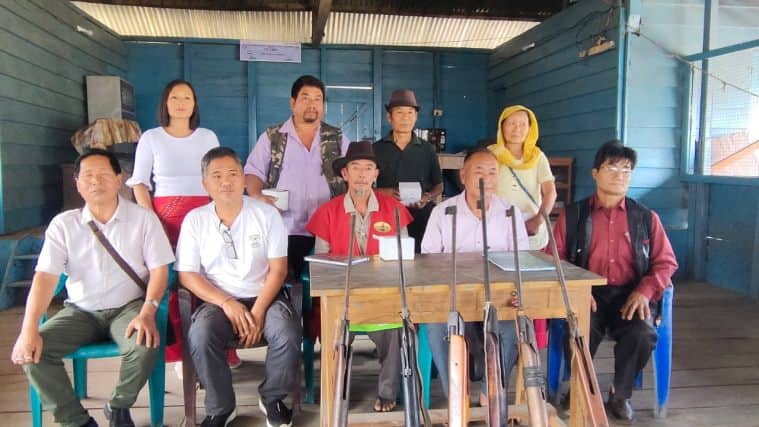 Like rest of India, laws like the Wildlife Protection Act apply to Arunachal Pradesh as well, but many times, it does not necessarily translate on the ground.

Conservation scientist, Nandini Velho, who has worked in the state, said many laws are customised in the context of Arunachal Pradesh but its effectiveness is “questionable” on the ground. “But the air gun initiative is something that has not come from outside, but introduced by officers native to Arunachal Pradesh, so it has more chance of working,” she said. Moreover, an effort to curb new technologies of mass extermination (like guns) rather than take on the traditional methods, may work better.

In Tajung village, Yomse, who has a new hobby, agrees. In the hours he would usually spend hunting, he now heads down to the stream near his house to catch fish.